by spin.ph staff
6 days ago

First the good news. Sophomore Aaron Black has been given the clearance to return from injury and will be available for Game Six of the Bolts' semifinal playoff against Magnolia in the 2021 PBA Governors Cup.

But as last season's top rookie prepares to rejoin the Bolts earlier than expected after suffering a broken hand, news has also emerged from the Meralco camp that Allein Maliksi suffered a fractured cheekbone on Wednesday night.

Maliksi scored a game-high 29 points in a 102-98 victory over Magnolia that extended their best-of-seven semifinal to a Game Six, but suffered the injury in one of the physical skirmishes in the second half that led him down on the floor.

No decision on Maliksi yet

Meralco officials have not made any decision on Maliksi's availability, but, given that Game Six is another do-or-die match for the Bolts, the former UST standout will likely choose to play with the help of a protective mask.

"We'll know more after practice this afternoon," said Meralco coach Norman Black when asked for an update on Maliksi's status.

What is certain for the Bolts is that the young Black, who broke his right hand in Meralco's elimination-round win over Terrafirma last Sept. 16, has been given the green light by team doctor George Canlas to rejoin the team in the playoffs. 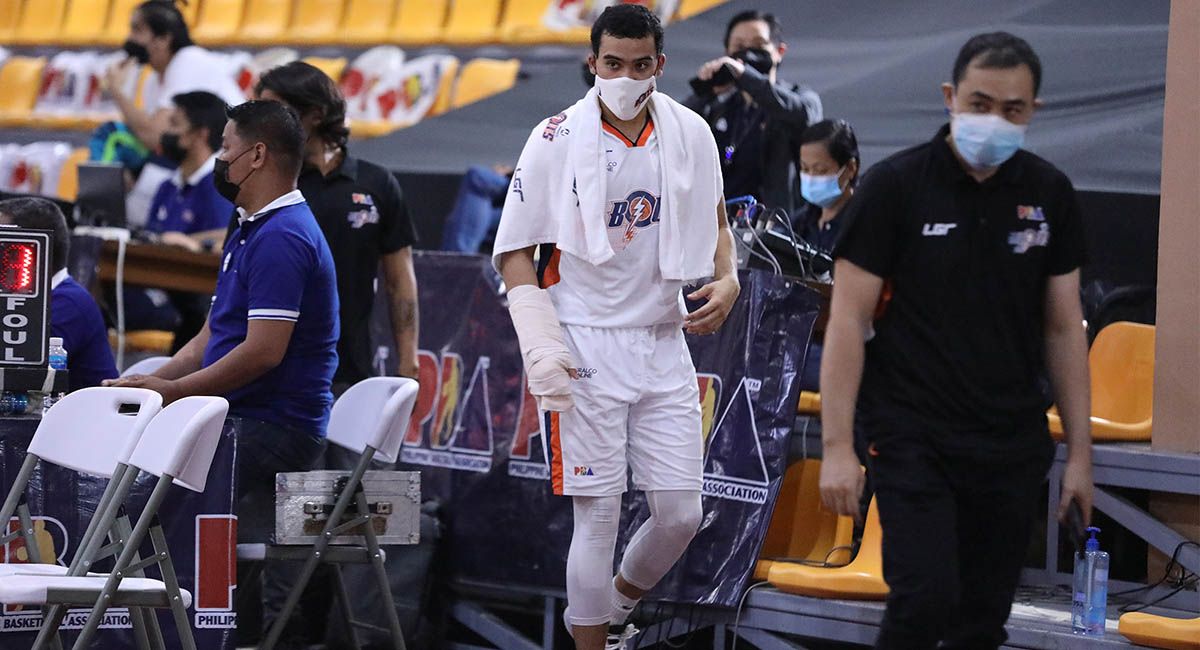 Black actually got the clearance from Canlas prior to Game Five on Wednesday, but he wasn't fielded since he has not had the benefit of a full practice with the team since suffering the injury on his non-shooting right hand.

"He's actually in shape and he's been doing a lot of shooting, but Aaron has not had [full-contact] practice with the team [prior to getting cleared by the team doctor]," said Black. "So we'll see."

Black's return and Maliksi possibly playing through injury should give Meralco a full complement of players for Game Six, after Raymond Almazan (ankle sprain), Trevis Jackson and Jammer Jamito (both placed under the league's health and safety protocols) rejoined the team prior to Wednesday's win.

The Bolts will need all the they can get, considering the Hotshots are up 3-2 and getting the second of three shots at a place in the PBA Finals.