ALLEIN Maliksi and Nards Pinto kept Meralco's title hopes alive, leading a late charge that led to a 102-98 win over Magnolia in Game 5 of their 2021 PBA Philippine Cup semifinals at the Don Honorio Ventura State University gym in Bacolor, Pampanga.

Maliksi poured in 29 points including two clutch three-pointers late, while Pinto scored a career-high 24 points as the Bolts survived the absence of Chris Newsome in the fourth quarter due to six fouls to extend the series.

Down 2-3 in the best-of-seven series, the Bolts will look to force a rubber match when Game Six is played on Friday, also at the DHVSU gym. 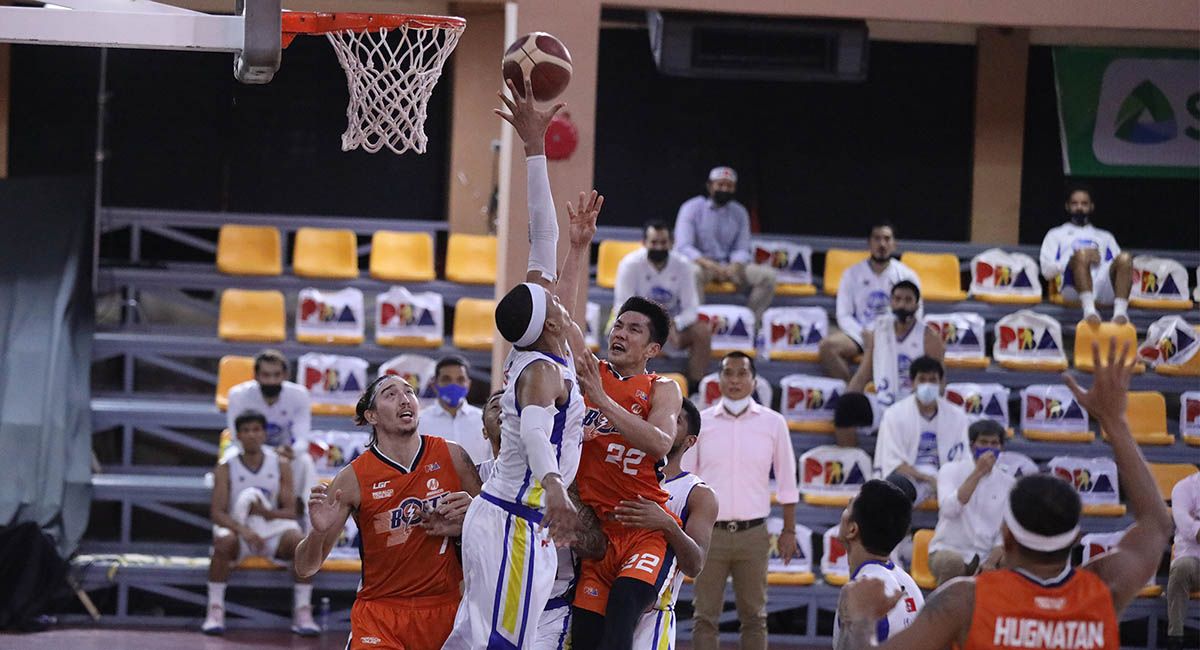 “We had our backs up against the wall. There was no tomorrow for us. It was a very gutsy performance on the part of the our players to go out and battle the entire game,” said Meralco coach Norman Black.

The Bolts looked in serious trouble when Newsome, who scored 23 points, fouled out with a good 7:10 left in the game. But it was Maliksi who took charge on offense.

Maliksi scored nine straight points to break a 90-90 deadlock, six on two three-pointers that put Magnolia on the back foot. His final trey with 1:20 left allowed the Bolts to grab a 99-93 lead, their biggest in the contest.

Pinto scored 10 in the third quarter to help Meralco cut an 11-point deficit to only two, 71-69, setting up the final-quarter run.

“We also fought the Magnolia team on a good night. I thought they played well tonight. They really played to go out and shut us off already. But we stood our ground. We made some big shots down the stretch," said Black.

"We kept our composure. We gave ourselves a chance to come back in the series.”

Raymond Almazan came up with a near double-double of nine points and 10 rebounds upon his return from an ankle sprain that forced him to miss Game 4. He also hit the two free throws with 7.4 seconds left that sealed the win.

Mark Barroca had 25 points, six rebounds, and four assists to lead Magnolia, while Calvin Abueva added 19 points. But the Hotshots were unable to protect a 30-19 lead that they built late in the first period.