IT'S FIRST blood for Magnolia in the 2021 PBA Philippine Cup, as they took Game 1 of a best-of-seven series versus Meralco. But it was deja vu for the team's sophomore forward Aris Dionisio, as his faceoff with Allein Maliksi triggered an old memory.

After the Hotshots beat the Bolts, 88-79, last Sunday in Bacolor, Pampanga, Dionisio took to social media to share a throwback.

He posted two photos: First, an old one of himself standing side by side with Maliksi, and a screenshot of in-game action with him in the semifinals.

"Take your passion and make it happen," he wrote in the caption of the post. 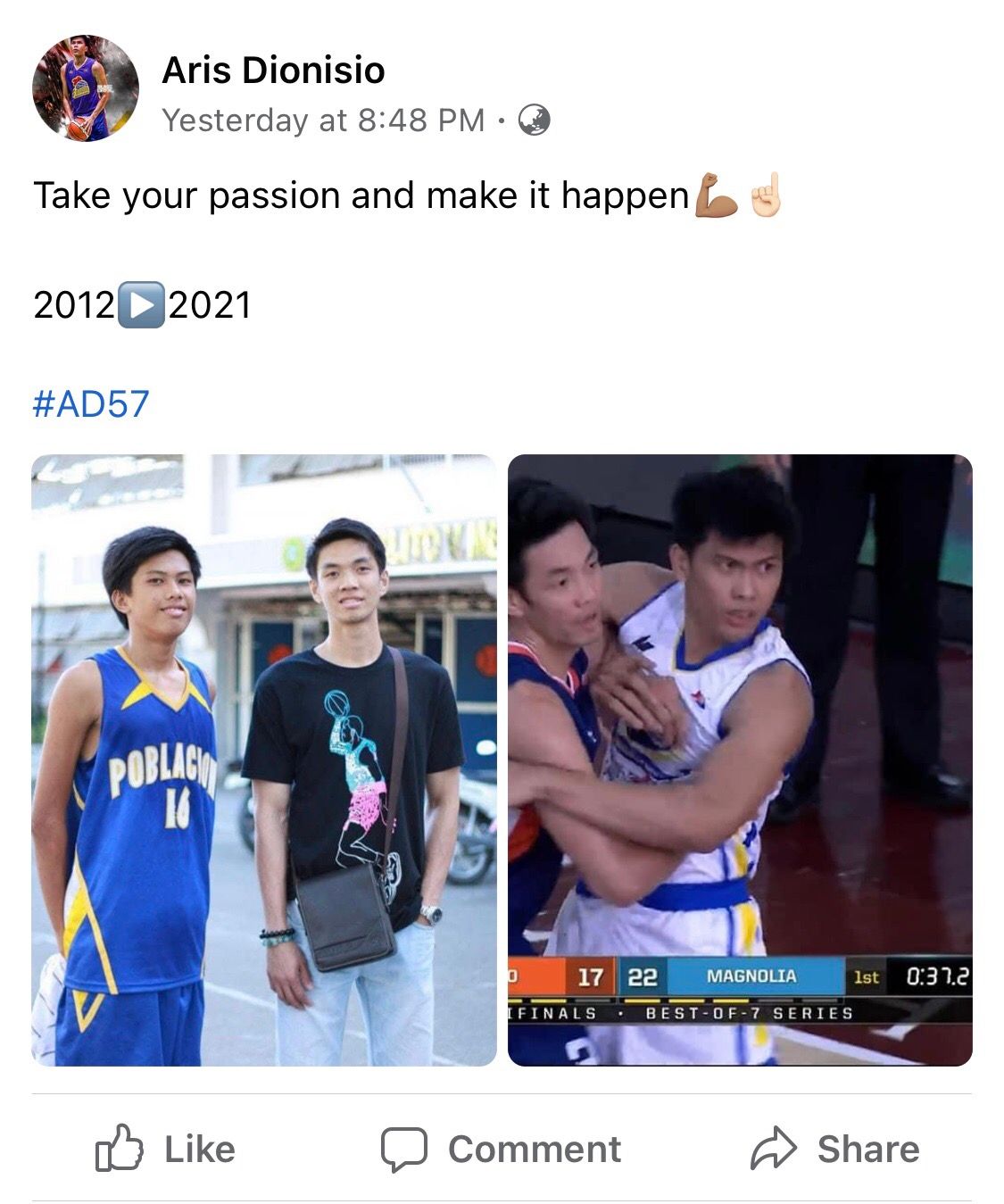 At the time when the picture was taken, Maliksi was a rookie after having picked by Petron in the first round of the 2011 PBA Rookie Draft.

In less than a decade, Dionisio, a product of St. Clare and Philippine School of Business Administration, now plays alongside him in the country's biggest pro league.

That's why seeing himself grace the stage with Maliksi became a little personal for him.

He's yet to show the Meralco stalwart the throwback photo, but as they face off in six more games in the fight for the championship round, it's a concrete reminder for Dionisio that he's come this far.