ANALYSIS: Who would we pick for the Sibol MLBB lineup?

WITH SIBOL announcing open tryouts for the national esports team and reports circulating that minors will be prohibited from joining, it would be interesting to see our main Mobile Legends: Bang Bang lineup for the upcoming SEA Games.

We’ll definitely miss the potential services of the likes of Karl “KarlTzy” Nepomuceno and David Charles “FlapTzy” Canon, who will only turn 18 after the SEA Games.

Then there are the likes of Duane “Kelra” Pillas and Kairi “Kairi” Rayosdelsol, who will have to wait for another year to finally get their chance at a gold medal run.

But even discounting players who have still not yet attained the age of majority, the Philippines still boasts many prospects that can called up for the SEA Games. Here are some of them.

If there’s one position that will require a deeper reflection, it would have to be the roamer role. After all, the Philippines possesses enormous talent in that department.

V33nus may not be the most explosive of the three. However, his shotcalling skills are S-tier as he pays attention to the small details.

We don't even need to mention his ability to command a high level of respect from his peers due to his in-game leadership.

But besides the Queen, his former teammate Baloyskie also offers an in-depth strategic mind while also commanding respect. But unlike V33nus, Baloyskie offers an additional gameplay layer due to his niche Natalia pick. 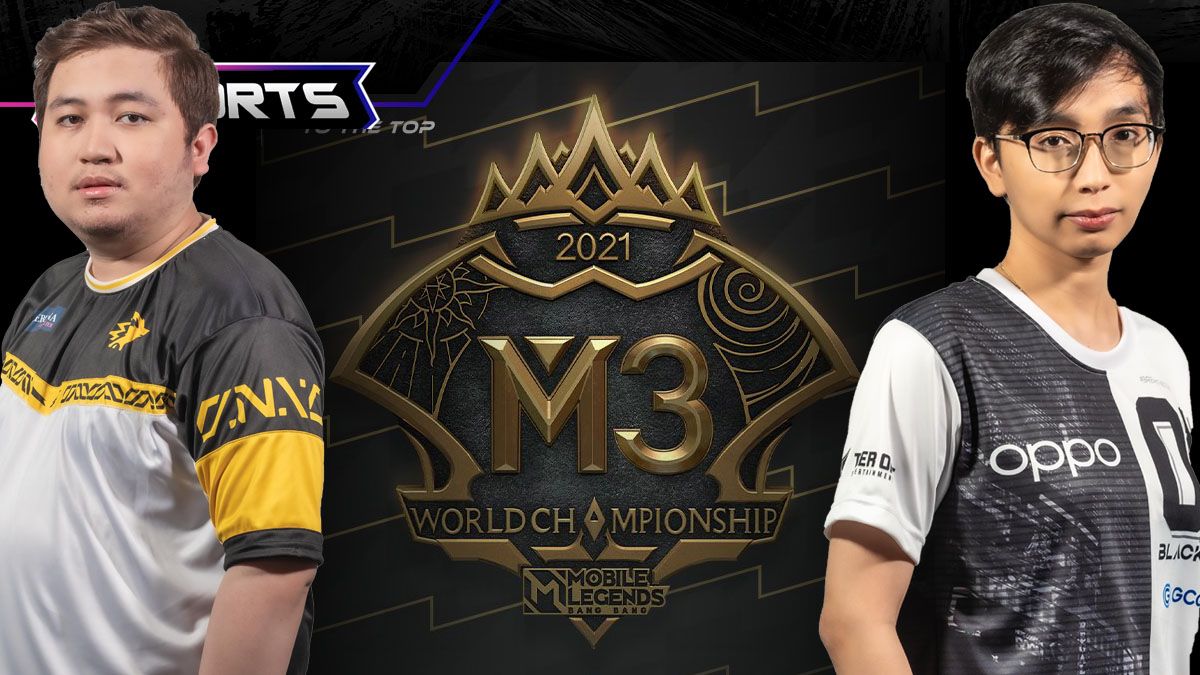 In fact, his Natalia was crucial in shutting down Michael “MobaZane” Cosgun and other major threats in the M3 World Championship, which could be a useful asset in the SEA Games.

Plus, he could also transition as a midlaner with his Kagura and even Natan pick.

Meanwhile, Ch4knu’s calculated setups and unpredictable playstyle have always caught the attention of many, to the point where rumors have been swirling around that he was eyed to be the main roamer of the team for Sibol’s gold medal run.

And just like Baloyskie, Ch4knu offers more flexibility, though he's a roamer of a different calibre with his list of support and tank heroes.

With that being said, the fluidity and unpredictability from both Baloyskie and Ch4knu will definitely benefit Sibol, which is why we choose them as our primary roamers.

Choosing the best midlaner for Sibol

Though there are talented midlaners in the MPL-PH, ranging from the likes of Patrick James “E2MAX” Caidic, Jaylord “Hatred” Gonzales, and Jeniel “YellyHaze” Bata-Anon, there was one player who definitely took centerstage especially with his impressive feats in Season 8, punctuated by an MVP accolade. 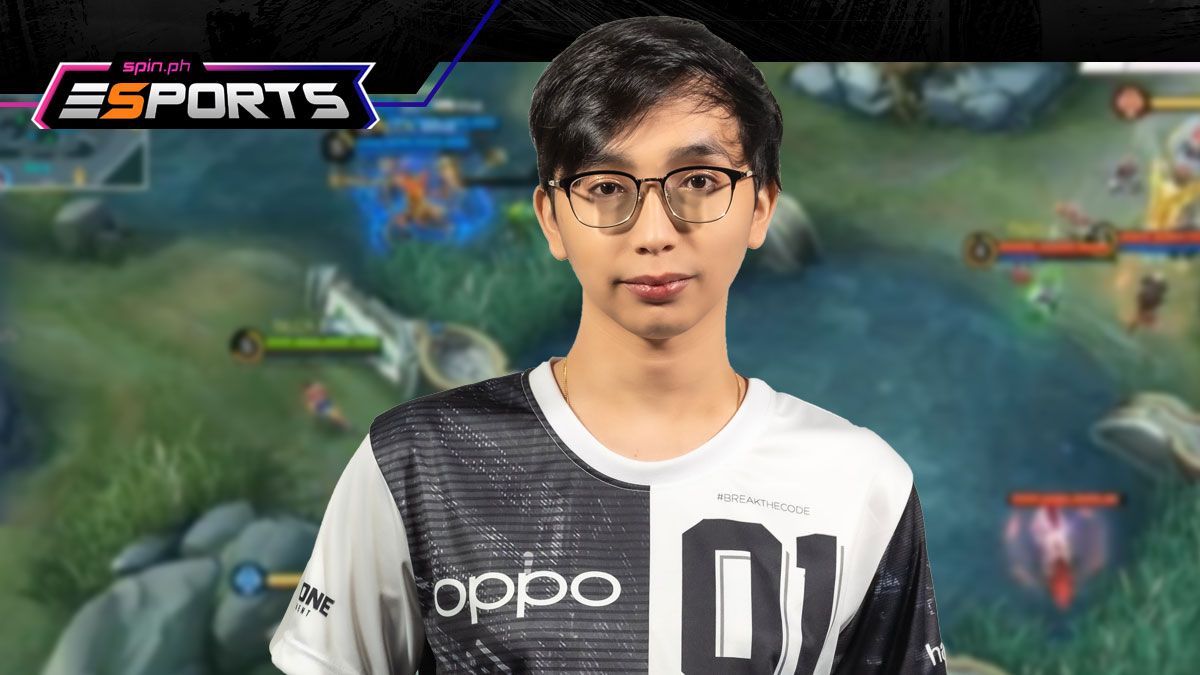 From his 19 unique heroes, his ability to zone out key threats, and his experience playing as a core, it is no doubt that Salic “Hadji” Imam is already the best midlaner that the Philippines has produced.

However, it can be argued that OhMyV33nus can also be a midlaner as there were moments when he and Hadji would switch roles. The calming presence he brings with his shotcalling skills and his ability to see the game from a different perspective is definitely an important package for Team Sibol that can never be overlooked.

A wide range of EXP laners

It’s interesting to note that there are so many different playstyles with the EXP laner role in the Philippines — from spacemakers (Gerald “Dlarskie” Trinchera), to zonal experts (Edward “Edward” Jay Dapadap), to aggressors (Renejay “RENEJAY” Barcarse), and even wildcards (Ashley Marco “Killuash” Cruz or Frediemar “3MarTzy Serafico).

Unfortunately, Edward has to be taken out due to age restrictions, which leads us to select Onic PH’s Dlarskie. He's got experience, even on the international level, with his M3 performances showcasing his peak prowess. 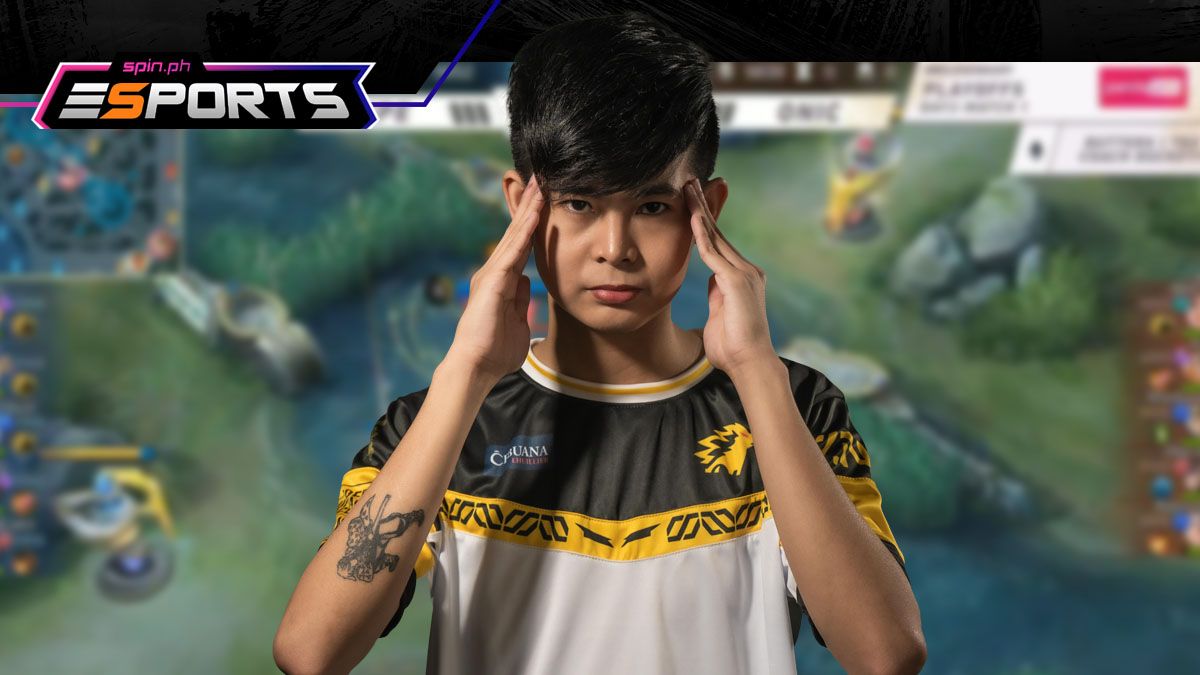 Oftentimes he manages to stand his ground against counterpicks by strategically moving into the other areas to farm, which allows him to become a pest at the latter stages of the game.

And though Dlar is known for being a distraction, he can also be a zonal threat when needed as seen with his Yu Zhong and Gloo picks against BTK.

It’s a shame that we won’t be able to see Kiel “OHEB” Soriano and Duane “Kelra” Pillas in the SEA Games, but fret not — there are other alternatives.

OHEB may be the most lucrative gold laner in the scene especially with the MVP honors he received in M3, but even so Mark “Markyyyyy” Capacio was able to stand his ground when these two would lane against each other. 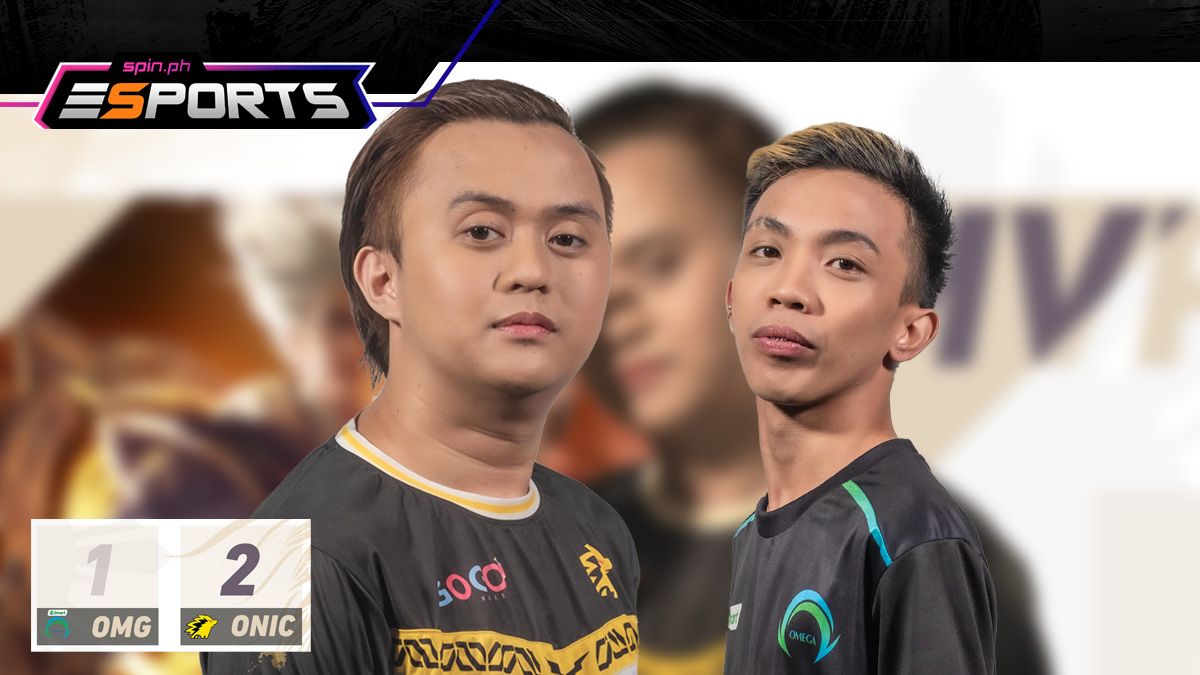 Heck there were even instances when Markyyyyy was able to hamper OHEB’s laning phase, even without the assistance of his teammates.

And if Markyyyyy isn’t available, there’s always Frederic Benedict “Bennyqt” Gonzales who has proven to be one of the most explosive players since his debut in Season 5.

The king of the jungle

As much as fans would constantly harass Danerie James “Wise” Del Rosario for his unorthodox jungle play, his role as a utility jungler has been a revolutionary feature in the MLBB scene, which could be an important piece for Sibol in their campaign.

In fact, he reminds me of Bayern Munich’s Thomas Muller, who doesn’t boast the jaw-dropping grace and elegance that Zinedine Zidane possesses or the sudden outburst from Ricardo Kaka or Kevin de Bruyne, yet manages to shape the football scene with his underappreciated raumdeuter role. 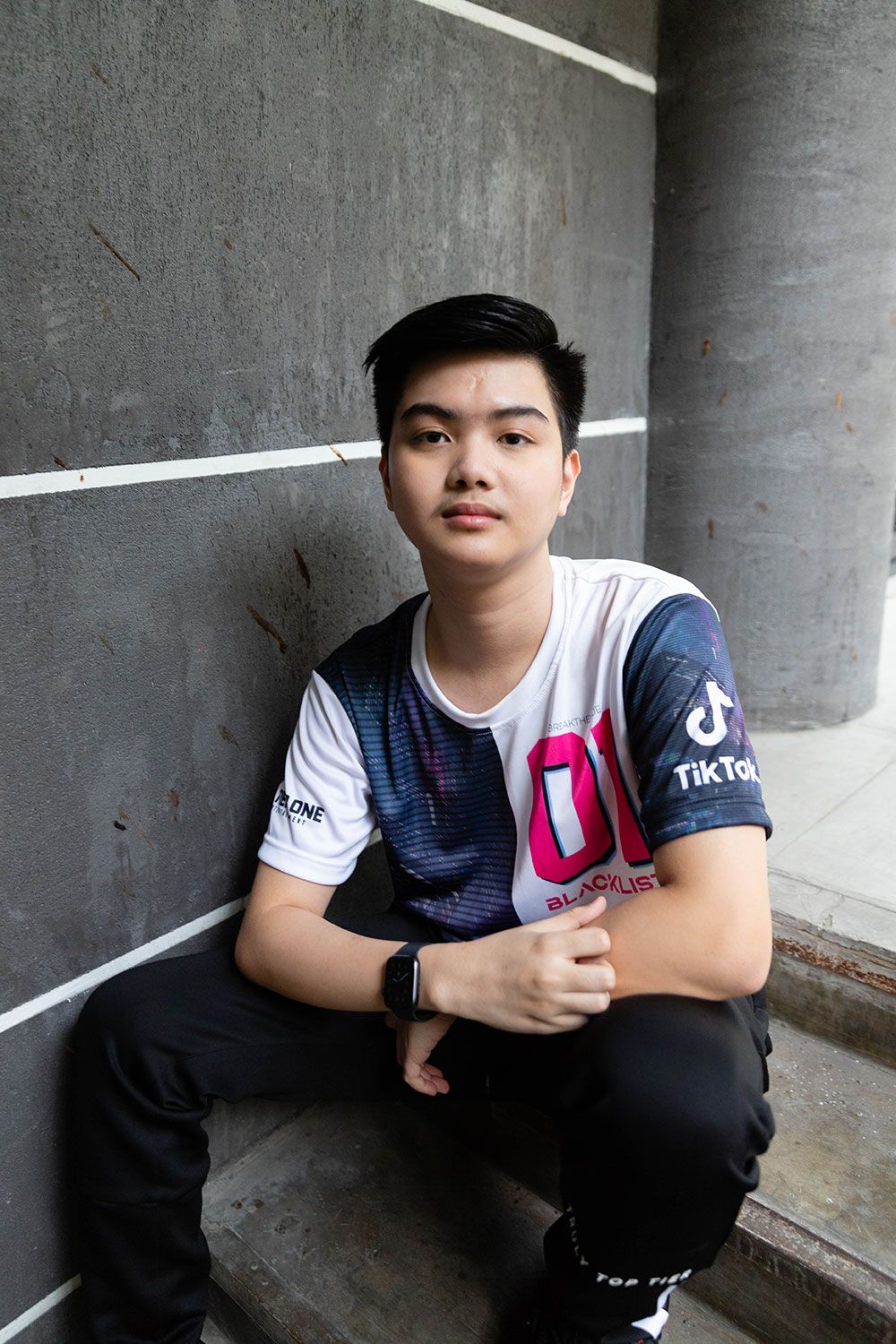 Similar to Muller, Wise isn’t often the highlight reel player like KarlTzy, Kairi, or Jonard Cedrix “Demonkite” Caranto, yet his impact was highly felt due to his role as an all-around jungler.

Who should coach this team?

Similar to the choice of roamers, this one is also hard to decipher as the Philippines has produced a wide array of tactical geniuses, each having their own respective assets.

Coach Brian “Panda” Lim could be a frontrunner, not just because he led Sibol to victory in their last SEA Games at-bat, but also for his ability to build contenders from scratch, which we saw in Season 8 with RSG PH. This would definitely be useful given the nature of the SEA Games.

Then we have Coach Paul Denver “Yeb” Miranda’s player rotation prowess which would benefit the list of players we mentioned above. Yeb also has an uncanny ability to forge a strong relationship with his players, giving the team an important psychological edge.

Or how about Coach Kristoffer “BON CHAN” Ricaplaza, whose name should be at the top of everyone's list after his accomplishments in the MPL and M3 World Championship? (A recent post from BON CHAN has also hinted at possible Sibol involvement.)

But then, of course, there's Coach Francis “Duckeyyy” Glindro, who knows a lot about international players due to his experience with EVOS Legends. Plus he could be the ultimate psychological destabilizer, ala Jose Mourinho, with his potential trolling antics towards his foes. 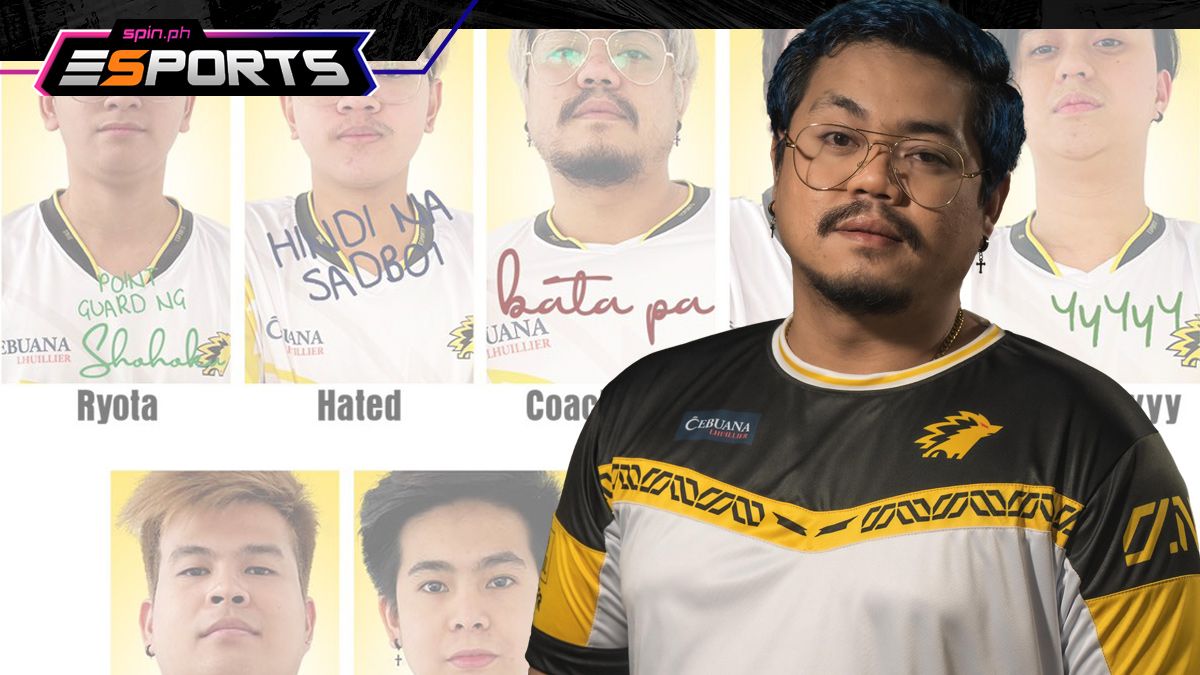 This is actually a tough call, but I’m inclined to go for Coach Yeb due to his player management skills.