Whether it’s Johnriel Casimero, Reymart Gaballo, or even Naoya Inoue, the 38-year-old reigning WBC champion said he’s ready to take on any of them.

“I am fighting Dec. with whoever steps in the ring,” Donaire said on his social media account.

The Donaire camp already smoked the peace pipe with the Casimero team two days ago when the 31-year-old Casimero publicly apologized for the disrespect his people heaped on Donaire’s wife and family.

Unfortunately, there seems to be an internal strife within the team of Casimero as the WBO champion claimed he has yet to see a copy of the contract which Donaire promoter Richard Schaefer had already given to them.

The ‘Filipino Flash’ is hoping Casimero and his team will be able to sort things out before they decide to take on another fight.

“After the face-off with Casimero, it was said there are some internal issues in their side that needs to be resolved before they move forward,” said Donaire.

“Hopefully, it is resolved amicably.”

Donaire likewise has a pending directive from the WBC to face mandatory challenger Gaballo, who is unbeaten in 24 fights, including 20 by KO. 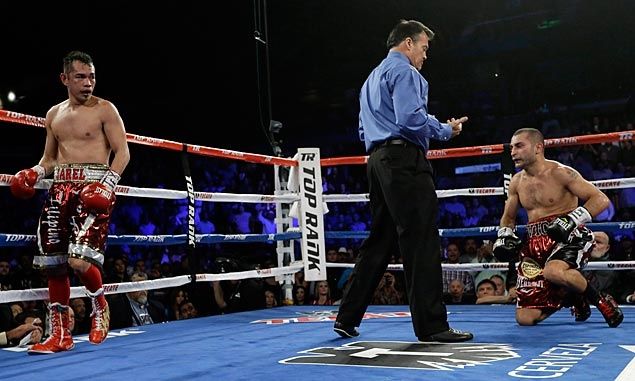 Gaballo and Rodriguez fought for the interim belt after then regular champion Nordine Oubaali and challenger Donaire both tested positive for COVID-19.

The Oubaali-Donaire title match was eventually staged late May of this year, with the Filipino scoring a fourth-round TKO to become world champion again.

But a mandatory fight can be deferred for a step aside fee if Donaire pursues a money fight with either Casimero or Inoue.

The unbeaten Inoue, holder of both the IBF and WBA title belts, is obviously the more lucrative fight out there for Donaire, who suffered a 12-round unanimous decision loss to the Japanese fighter in their highly-competitive showdown in November of 2019.