TNT regained control in the semifinals of the 2021 PBA Philippine Cup on Friday night after outclassing San Miguel in Game 3, 115-98, at the Don Honorio Ventura State University gym in Bacolor, Pampanga.

RR Pogoy topscored for the Tropang Giga with 26 points while Poy Erram added 21 points, 13 rebounds, and three steals on their way to grabbing a 2-1 series lead over the Beermen in the best-of-seven playoff.

Unlike in Game 2, there was no comeback for San Miguel this time around as TNT never trailed in the lopsided contest where it led by as many as 25 points. 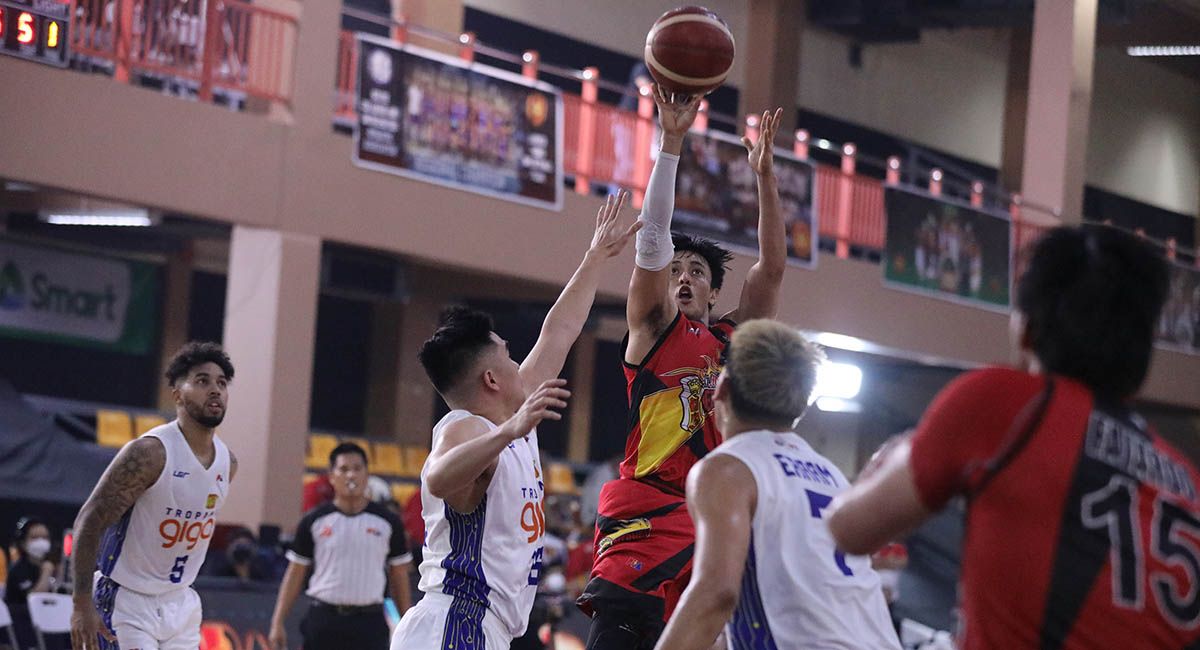 Mikey Williams finally got in the groove offensively in the second half and finished with a series-high 20 points while converting four three-pointers.

It was a big bounce back for TNT, which blew a 19-point lead in Game Two and dropped a heartbreaking 98-96 defeat on Marcio Lassiter's the game-winning putback that beat the buzzer on Wednesday.

The Tropang GIGA were also without Kelly Williams, who has been placed under the league’s health and safety protocols.

“Actually, we were very sad and disappointed after the Game 2 loss,” said TNT coach Chot Reyes. “I just reminded the players that if you take a look before the series and you say lalabanan natin ang San Miguel then wala si Kelly, after two games, it was 1-all, masaya tayo, di ba?”

“Masakit lang ‘yung pagkatalo but in the end, it’s the same. It’s 1-1 and we should still be happy where we are."

The Tropang Giga opened the game with 11 straight points behind Pogoy and Erram and never let up.

Leading 85-68 entering the fourth, TNT scored seven straight points as Pogoy and Erram poured in on. Williams buried a three-pointer for the game’s biggest lead, 98-73.

“We just talked about playing 48 minutes. In the series, we got beat in the fourth quarter in both games. Our focus now is to play the full 48 minutes,” said Reyes.

Terrence Romeo tallied 22 points and seven rebounds, while June Mar Fajardo added 14 points and 10 rebounds but the Beermen were unable to mount a comeback bid in the fourth like in Game Three.

Lassiter, the hero in Game 2, was limited to only three points.

Tempers also flared in the match with Romeo engaging in a verbal exchange with Kib Montalbo following a made basket with 5:56 left in the third. Both players were called for technical fouls.