TNT rookie Mikey Williams is about to face his worst nightmare in his first-ever PBA playoffs.

As the top-seeded Tropang Giga battle the San Miguel Beermen in the Philippine Cup semifinals, Williams also finds himself up against the player who he considered as the one who defended him the best during the eliminations.

“C (Chris) Ross has given me the most trouble so far,” admitted the prolific freshman guard of his San Miguel Beer counterpart. “It’s his knack for defense and just how smart he is.”

The 35-year-old Ross, a two-time Defensive Player of the Year, is expected to be given the daunting assignment of putting the cuffs on Williams beginning in Game 1 of the best-of-seven series between TnT and San Miguel on Sunday at the Don Honorio Ventura State University gym. 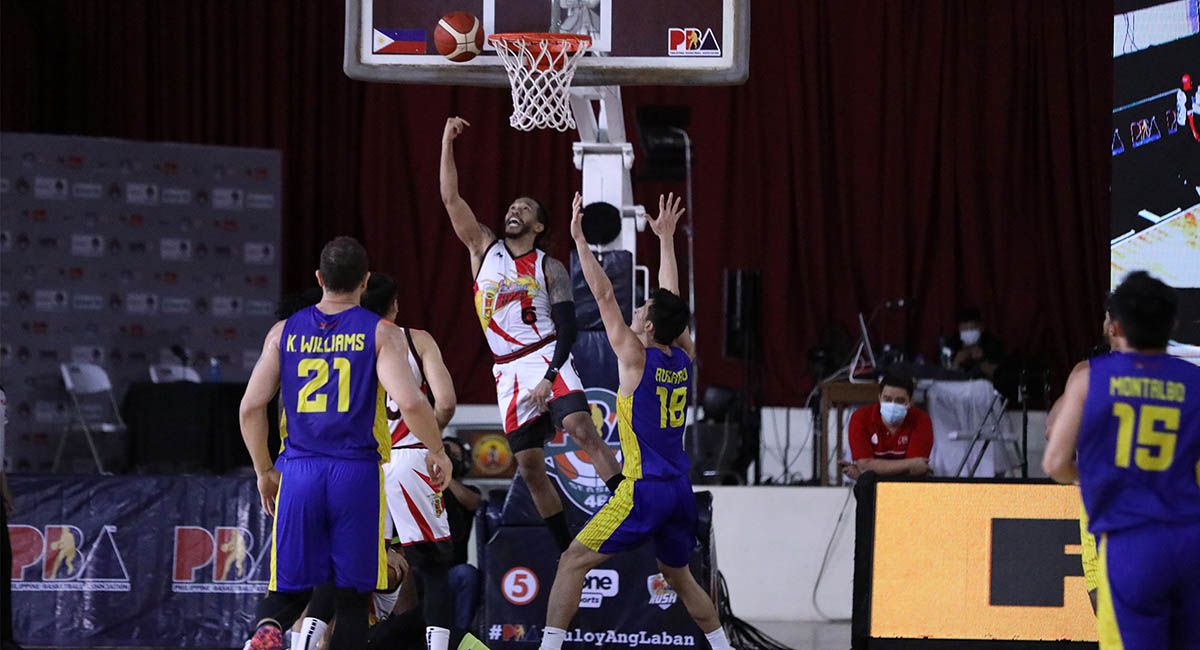 Looking back, Ross indeed, made life miserable for the leading Rookie of the Year contender, holding him to a 3-of-13 shooting from the field, including 1-of-7 from beyond the arc. He was held to seven points in an 83-67 blowout that proved to be the lone loss of the Tropang Giga so far this season.

Williams, the No. 4 pick overall in the last draft, knows he has to do a better job if he’s to help the Tropang Giga earn a return trip to the finals of the all-Filipino conference.

“Looking back at the footage, I saw certain areas where I need to work on and certain things I need to do different if we play them,” added the Fil-Am playmaker, who is running a close second to Magnolia’s Calvin Abueva in the race for the Best Player of the Conference award.

Ross’ defense also puts him on top of the players who have impressed Williams so far in his short time playing in the league.

Two tough backcourt defenders join Ross in that short list which Williams expects to grow as he continues to make his way around the PBA.

“It’s definitely Chris Ross as well as Mark Barroca and Jio…. I can’t really say his last name. I apologize for that,” said Williams, obviously pertaining to Barroca’s Magnolia teammate Jio Jalalon, whose surname, according to the TnT rookie, is a little bit of a tongue twister for him.

“Magnolia’s defense is just as good. That was more of a team thing. They did well against me,” he added.

The Tropang Giga beat the Hotshots though, 83-76, in which Williams did better with 14 points, but was 1-of-7 from downtown and 5-of-15 overall from the field.

“Those guys so far have definitely shown a lot on defense, their overall concepts, their coaches’ teachings, and everything, and how they play,” said of the three defense-minded playing guards.

“I’m sure I will still figure out who else would be on that list as well,” added Williams. “But so far every single game has a different aspect that is brought on the table.”