MERALCO finally got a win in the 2021 PBA Philippine Cup semifinals, defeating Magnolia, 91-86, in Game 3 on Friday at the Don Honorio Ventura State University gym in Bacolor, Pampanga.

Despite playing without starting center Raymond Almazan, the Bolts got off to a strong start and weathered a late Hotshots comeback from as many as 21 points down to avoid falling into a 0-3 hole in the best-of-seven series.

Chris Newsome scored a team-high 17 points and sealed the win with a jumper with 6.5 seconds left that extended the lead to five points. 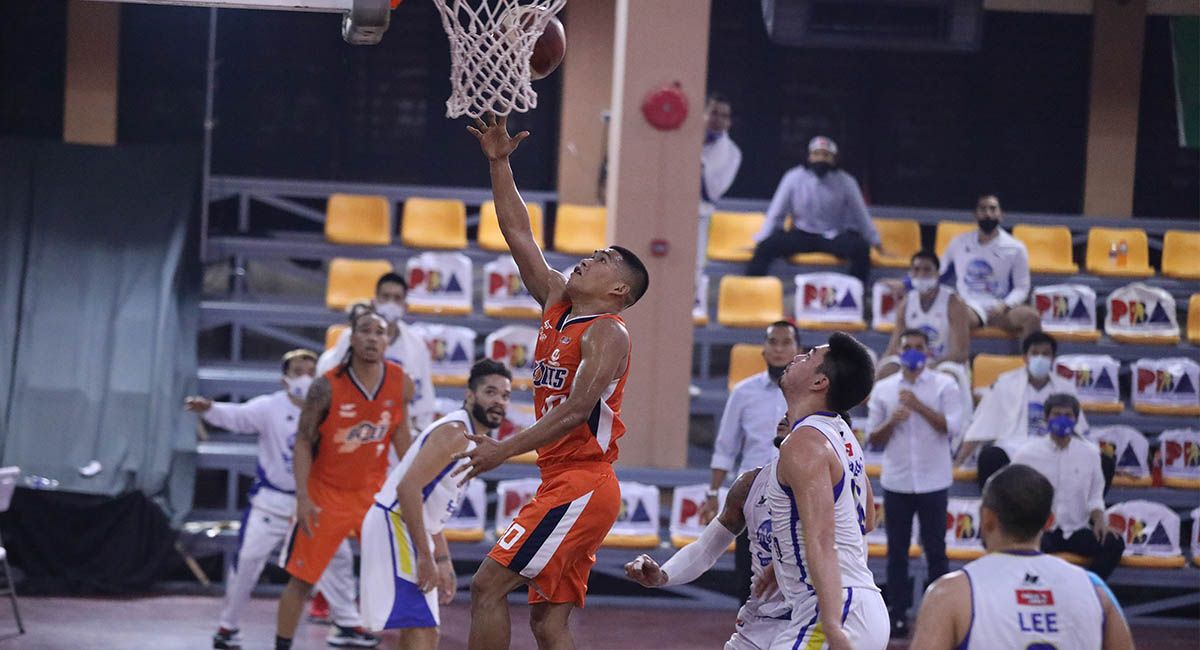 Heroes were also aplenty as Meralco super-subs Nonoy Baclao, Nards Pinto, and Anjo Caram stepped up in the absence of Almazan, who didn’t play due to an ankle sprain, as well as Trevis Jackson and Jammer Jamito.

Pinto contributed 16 points, five rebounds, and two assists, while Mac Belo added 14 points. A big revelation was Baclao, who came off the bench and had 10 points in what was easily his best game in a Bolts uniform.

After he was thrown out in Game 2, Cliff Hodge hauled down 12 rebounds to provide the much-needed boost on the boards with Almazan out.

“I think we just played with a big heart tonight,” said Meralco coach Norman Black. “We are struggling a bit because of the lack of manpower. We lost a lot of players this conference and it hurts us a little bit as far as our depth is concern.”

The Bolts opened the game with a 9-2 run and opened a 24-14 lead at the end of the first quarter. Belo had seven in the second quarter including a three-pointer to give Meralco a 47-37 lead at halftime.

Meralco drained four treys in the third quarter including three consecutive from Newsome, Allein Maliksi, and Caram to enter the final canto with a 73-54 advantage.

Despite a 75-54 advantage early in the fourth, the Hotshots had a 13-0 run to keep the game close. Rafi Reavis later slice the gap to three, 89-86, before that Newsome shot.

“But we just look at this game as a do-or-die game. We had to win the game and I think only one team has come back from a 0-3 deficit and win the series. We treat it as if there’s no tomorrow for us,” said Black.

Paul Lee had 18 points despite hurting his shoulder in the first period. Ian Sangalang had 15 points and seven rebounds but it was not enough for the Hotshots.