YENG Guiao admitted Cameron Clark was no more than a 'back-up plan' for NLEX in the face of the team's attempt to convince original import KJ McDaniels to stay and finish the Road Warriors' campaign in the PBA Governors' Cup.

On Sunday, NLEX's second choice for import proved he is second to none when he made the biggest play that enabled the Road Warriors to stave off elimination in their best-of-five semifinal series against Barangay Ginebra.

"Cam was the best available talent at that time," Guiao said of Clark, who the team brought in on short notice as a replacement after McDaniels left for the US to be by his wife's side for the birth of their child.

"It was an emergency situation and if you remember, we were trying to convince KJ to stay at that time. So that was how we got him."

Even after Clark played well enough to lead NLEX past Alaska in the quarterfinals, Guiao admitted there were attempts by management to convince McDaniels to come back in time for the semifinal playoff against Ginebra.

"We've already accepted the fact that KJ is not here," said Guiao when asked what convinced NLEX management to go with Clark for the playoffs.

"Naisip rin kasi namin, even if we brought back KJ, he won't be in the best of shape dahil tuloy-tuloy ang mga laro and there won't be any time to prepare him. Besides, we saw Cam was already getting used to our system, the players, the local game."

Clark repaid NLEX's faith in Game Three. He capped a 21-point, 17-rebound, 4-assist performance with the interception of an LA Tenorio pass and a three-point play that completed a stunning 86-85 win over Ginebra. 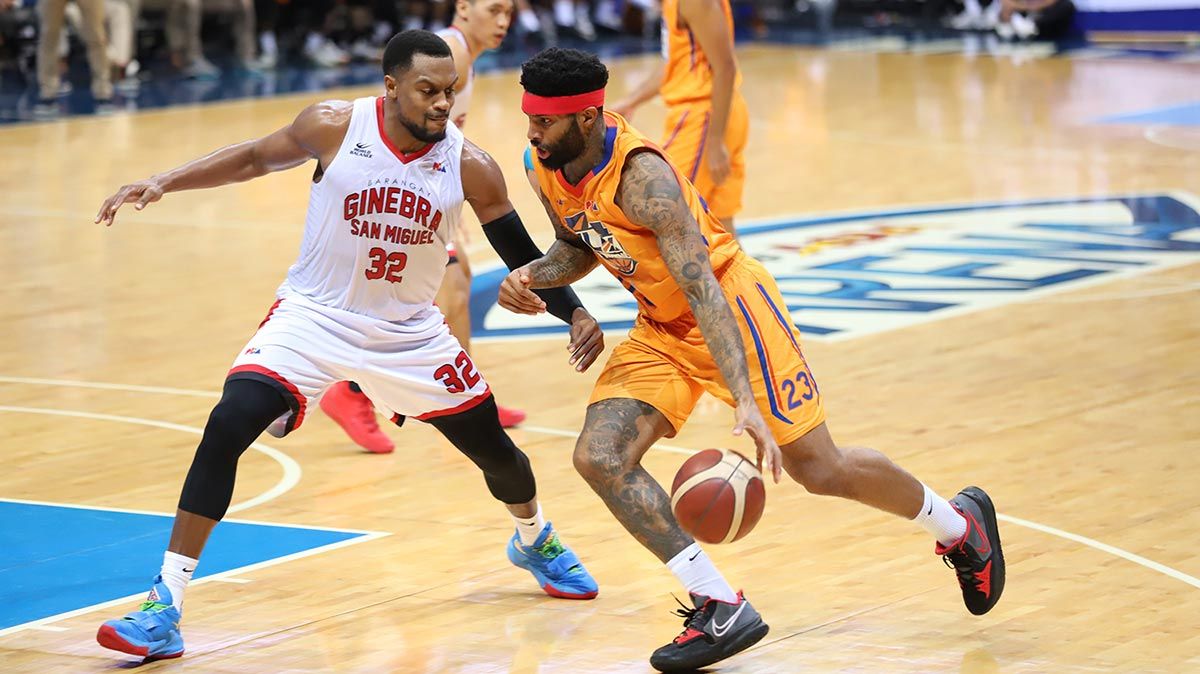 "That was a big-time steal and a big-time conversion," said Guiao after the win that extended the playoff to a Game Four on Wednesday.

The Road Warriors still trail, 1-2, in the best-of-five series, but NLEX and Guiao are now fully convinced who their guy is. It's ofcourse Clark, who, thanks to one gutsy play, turned super hero to save the day for the underdog ballclub.

"We're comfortable with him now. Even in his match-up with Justine Brownlee, we're not asking him to put up the numbers Brownlee give, because he's not that kind of import. We only ask him to do regular import numbers.

"We don't exert unnecessary pressure on him. 'Yung 21 points and 17 rebounds n'ya, that's what we expect from him. And we expect him to blend in and play well with the locals, and that's what he's been doing.

"So we live and die with Cam," Guiao said.