ALASKA coach Jeff Cariaso is among those advocating for the PBA to finally relax its policy limiting teams to five Fil-foreign players in its rosters.

Cariaso feels all deserving Fil-foreign players should be welcome to play in Asia’s pioneering pro league. Aside from that, PBA ballclubs should be given all the leeway to form the best lineup possible, he added.

The Alaska coach personally went through the experience the hard way in the Aces’ recent stint in the Philippine Cup bubble.

Cariaso had to shuffle six Fil-Ams in his roster, often swapping rookies Alec Stockton and Taylor Browne from time to time in order to stay within the maximum number of Fil-foreign players allowed per team.

The former PBA star turned coach said he was faced with the dilemma since he believes in both Stockton and Browne becoming a ‘vital part of the Aces’ future.’

“It’s a tough call because we want to give both men a chance. But with the limited Fil-Am that’s on our team, we knew drafting Alec will have this issue,” said the league's Rookie of the Year back in 1995.

“But it’s hard not to pick up a guy like Alec Stockton when he’s available. So we just felt we can just work with it.”

Aside from the two rookies, the other Fil-Ams in the Alaska lineup are Mike DiGregorio, Robbie Herndon, Yousef Taha, and Maverick Ahanmisi.

Big man Abu Tratter, according to Cariaso, isn’t considered a Fil-Am since he was born in the Philippines (Siniloan, Laguna).

The Aces owned two picks in the second round of the last draft and used the first of those selections to get Browne at No. 16. But finding Stockton still available when it was their turn to pick again at No. 20, they didn’t hesitate to tap the services of the long-range bomber from Far Eastern University, who was the only player clad in barong tagalog during the proceedings. 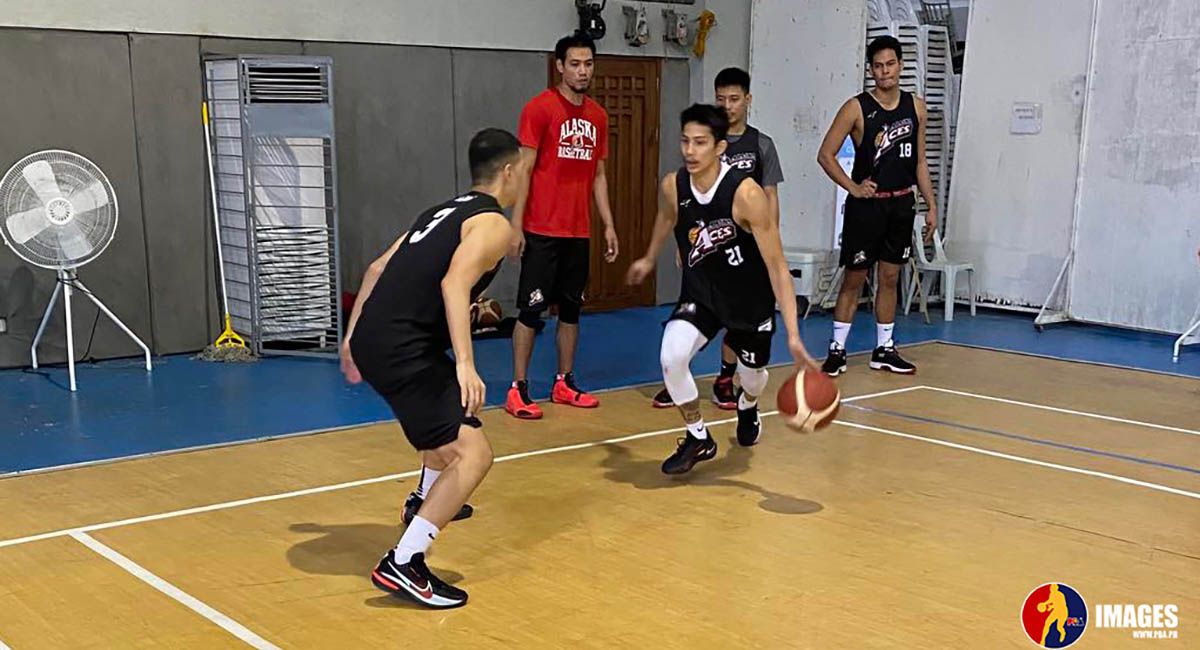 “We know they can play. It’s really just adjusting. They’re both really coming each and every day focus and ready, and learning how to play in the PBA,” said Cariaso of his two Fil-Am rookies.

Stockton got to play in seven games with the team and averaged 2.3 points in 9.6 minutes of playing, while Browne saw action in four games and submitted 3.0 points per game in 6.3 minutes.

The only time the two got to play together came when Taha was placed under the league’s health and safety protocols.

“Yeah, we’re affected by that. Of course, we’re abiding by it,” said the coach, whose Aces failed to make past the elimination round.

Cariaso has nothing but great words for both Stockton and Browne despite the unique situation they had to face in order to play with the Aces.

“They both have great attitude, whether they’re part of the lineup or not,” he noted.

In light of such situation, Cariaso believes it’s about time the PBA reviews the policy which was put in place to protect the welfare of local cagers during the height of the influx of Fil-foreigners in the country more than two decades ago.

With the globalization of the game, the 49-year-old coach said the rule may already be outdated at this point.

“The rule may have made sense maybe 20 years ago, pero ngayon parang iba na, e,” said Cariaso, an eighth-time champion player and a member of Alaska’s 1996 grand slam team.

“And remember, the bottom line is teams are trying to form the best team they can possibly form. The past few years there were a lot more Fil-Ams who were entering the draft, but still, it’s the discretion of the team kung sino naman ang kukunin nila. Again that’s just my two cents,” he said.

But it does make sense, coach.