AFTER acquiring some of the brightest young Filipino players, Japan B. League teams have shifted their focus to big men.

Interest in Standhardinger and the other Filipino big men is understandable since someone like the 6-8 Fil-German big man can beef up a team's frontline without counting against the quota for foreign imports.

PBA insiders have confirmed that Standhardinger, acquired by Ginebra in a blockbuster trade for Greg Slaughter just last March, has a contract that expires in December and has yet to sign an extension with the Gin Kings until now.

His contract actually expired last August but, like all PBA players' contracts, have been unilaterally extended by the league until the end of the year amid the challenges of mounting a season in the middle of a pandemic.

Like Standhardinger, Sangalang's contract with Magnolia is expiring soon and no extension has been signed. Sources said a new contract has been negotiated between the Hotshots and Sangalang's camp, but the player still has to sign on the dotted line until now. 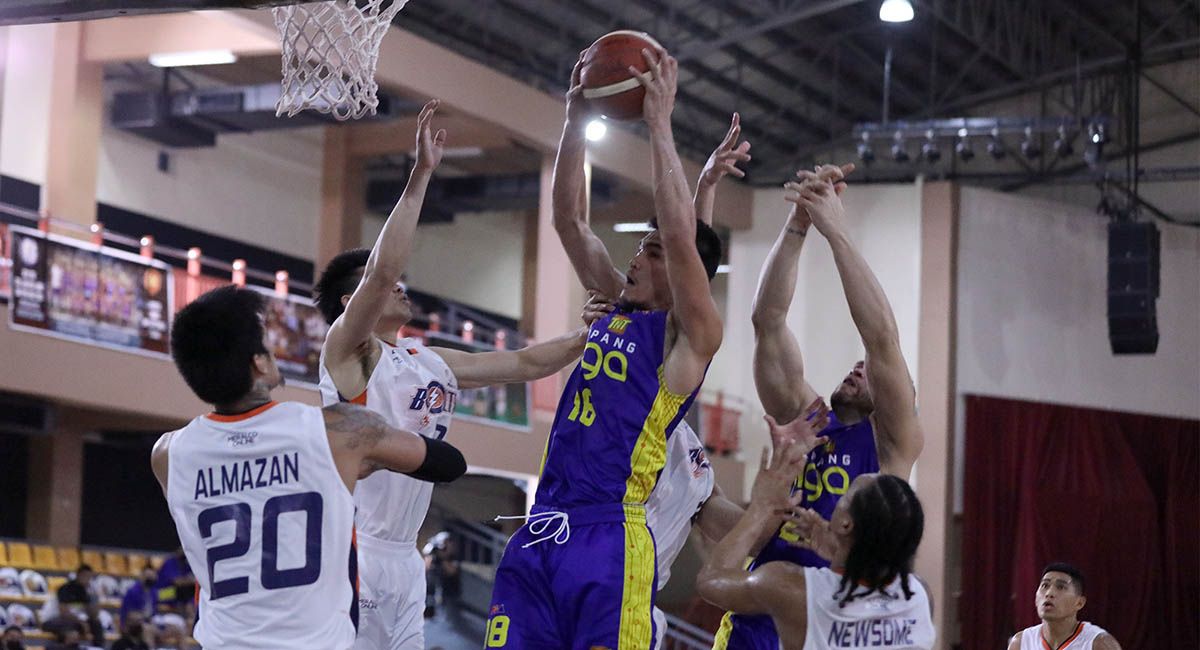 On the other hand, sources bared TnT Tropang GIGA forward Troy Rosario has been signed to a fresh three-year contract by the flagship franchise of the MVP Group to head off poaching attempts by B.League teams.

They are not alone.

As it is, eight Filipino players will be in the roster of Japan teams when the B.League opens its new season this weekend, led by former Ateneo star Thirdy Ravena who will be in his second season with San-En NeoPhoenix.

Aside from talent and skills, sources bared the Filipino players' large fan base has become a bonus for Japan sides which, unlike PBA commercial teams, cannot rely on big companies to fund their operations.

Instead these teams are dependent on fans for ticket and merchandise sale as well as streaming subscriptions to boost their coffers along with sponsorships.

But there is a drawback for the next wave of B.League recruits. If the players opt not to renew deals with their PBA teams come December, they face five months without salary since Japan B.League contracts won't start until May.