NATIONAL University completed its date with destiny on Tuesday, captured its first UAAP women's volleyball championship in 65 years by outclassing La Salle, 25-15, 25-15, 25-22, on Tuesday at Mall of Asia Arena.

It was a dream that was decades in the making for the Lady Bulldogs, which last ruled the tournament in 1957. This time, NU relied on homegrown stars from their successful juniors program to bring back its glory days.

The school did it in spectacular fashion, completing a sweep of the Lady Spikers in the finals to provide a fitting highlight to only the third perfect season in the history of UAAP women's volleyball. 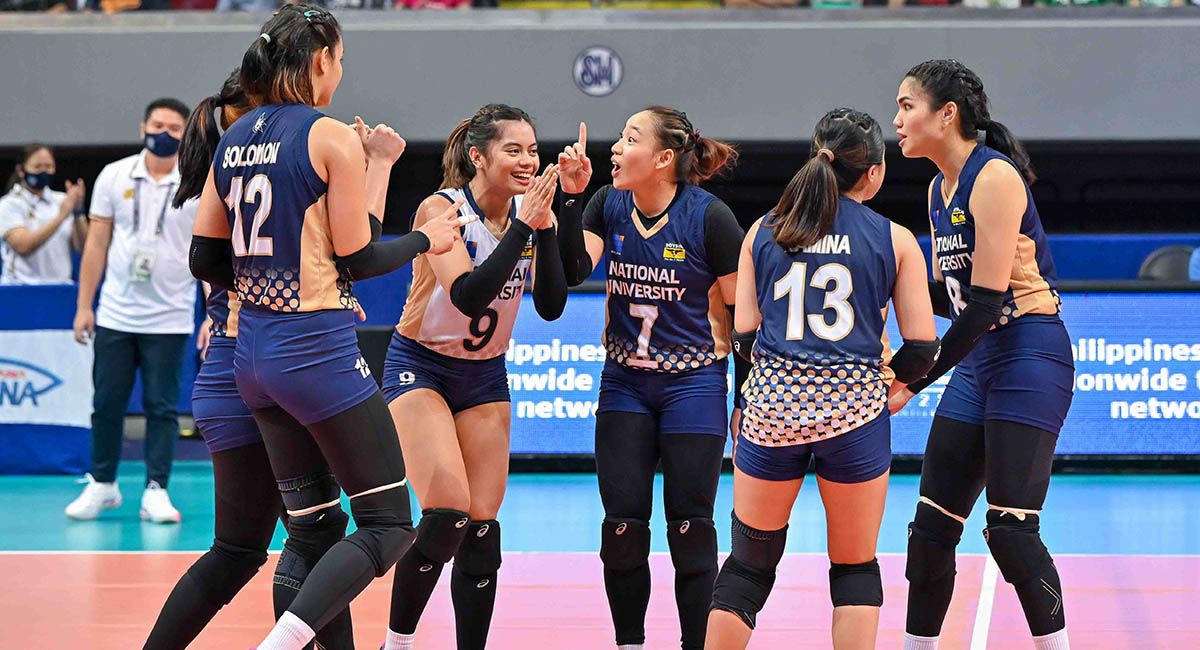 NU won the first two sets of emphatic fashion then clawed back from a 20-17 deficit in the third by stringing up seven straight points to move to championship point, 24-21.

The Lady Bulldogs had a slight hiccup, committing two errors at match point. But that it turned out only delayed the inevitable as La Salle's Thea Gagate committed a service error to hand NU the crown.

Bella Belen put a fitting end to a season where she became only the first rookie MVP in league history, firing 16 points on 13 attacks and three blocks, while Alyssa Solomon tallied 18 markers off 15 kills and three kill blocks.

It was a masterclass of a season for NU, which dropped only five sets for the whole tournament and none in three matches against La Salle.

The Lady Bulldogs joined La Salle (2005) and Ateneo (2015) to go undefeated in an entire season in the Final Four era.

Gagate powered the Lady Spikers in the runner-up finish with eight points, while Leiah Malaluan had seven in the losing cause. with reports from Jillian Torre