COACH Jumbo Dimaculangan firmly believes University of the East can compete with the best in UAAP women's volleyball.

"Basing it on the scores, may mga dikit kasi na sets, dikit na laban na sa dulo lang kami kinakapos. So based on my assessment, siguro longer preparation for the team. Medyo nakulangan din kasi kami ng tao due to injuries so siguro may panghihinayang for the entire season."

It was a tough run altogether for the Lady Warriors which lost their first 13 matches of the season, 17 counting the previous season, before finally putting those heartbreaks to an end on Thursday with a four-set win over Far Eastern University.

"At least we ended the season on a high note. At least nakuha talaga yang elusive win na yan," sighed Dimaculangan as UE salvaged its lost season with this lone victory.

But rather than dwell on the what ifs, the first-year mentor zoomed in on the positives that the Recto spikers can build on moving forward starting with open spiker Ja Lana.

For her part, the 21-year-old hitter attributed her stellar performance to the trust that the coaches have given to her. Unfortunately, like what her coach said, it's just that UE has always fallen short.

Past is past, though, and what's important for the Lady Warriors is how they would pick themselves up in time for Season 85.

This solitary win against the Lady Tamaraws should be a start, with Dimaculangan saying, "Malaking bagay talaga itong panalo not just individually but as a team. Bago tayo umuwi at bago tayo magpahinga, may baon tayo na panalo." 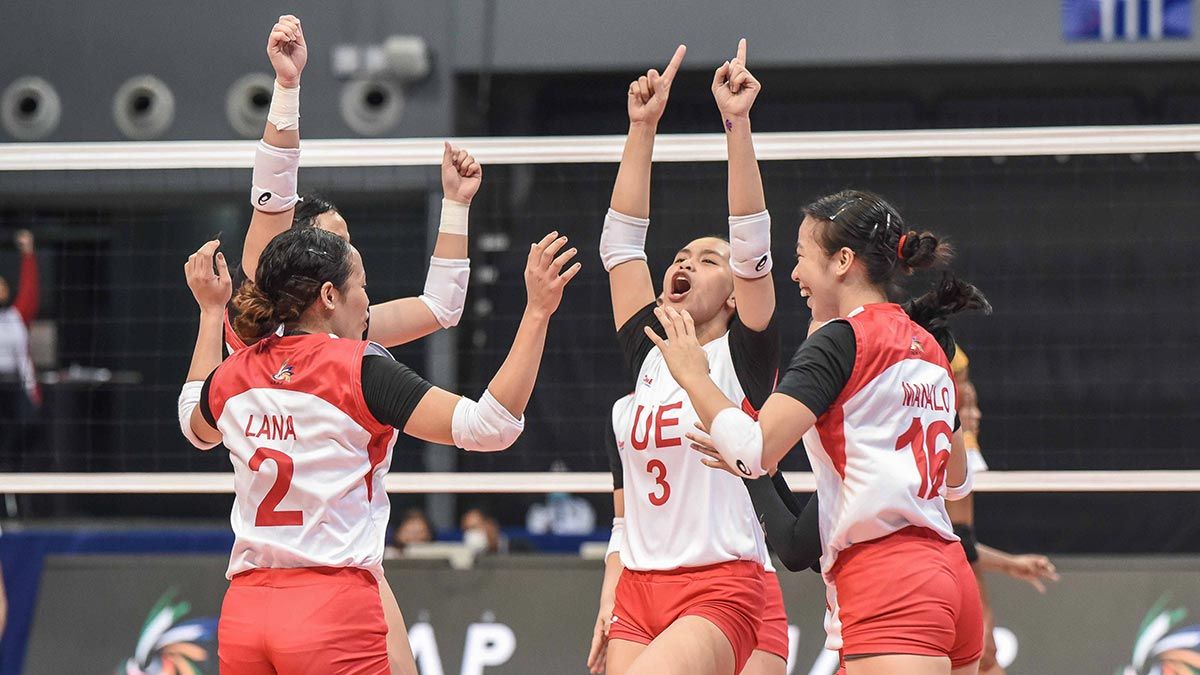 UE finishes the tournament with a big win.

Despite the losses, Dimaculangan believes that this Lady Warriors squad have earned the league's respect.