EYA Laure remained as the top scorer as National University spikers peppered the top performers at the end of the elimination phase of the UAAP Season 84 women's volleyball tournament.

Laure, the star of University of Santo Tomas, stamped her class on the field as she compiled 272 points from 244 spikes, 17 blocks, and 11 service aces in steering the Tigresses to the No. 3 seed.

Ateneo spiker Faith Nisperos was a close second with her 267 points from 228 attacks, 16 blocks, and 23 aces, followed by NU's Bella Belen at third with 203 markers, University of the Philippines' Alyssa Bertolano at fourth with 197 points, and La Salle's Leiah Malaluan at fifth with 193 points.

Belen built her case for MVP and Rookie of the Year after being in the Top 10 in five of the seven skills department. 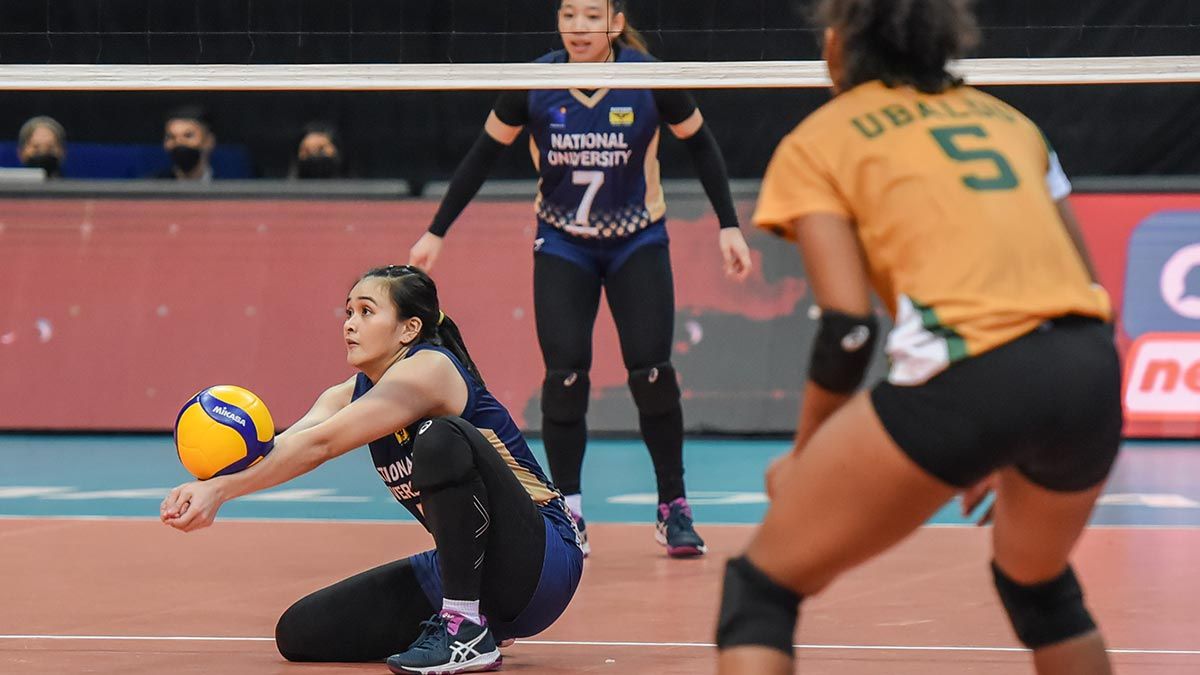 La Salle, the no. 2-seed at the end of eliminations, also took a piece of the spotlight from their players' performances through the eliminations.

Thea Gagate was the best blocker with her 0.60 kill block average per set over 14 games. Following her were Ateneo's AC Miner with 0.53 blocks, La Salle's Fifi Sharma and UST's KC Galdones with 0.50 blocks each, and Ateneo's Joan Narit with her 0.49 block average.

Jazareno narrowly edged out Nierva for the best digger tag, with the Lady Spiker libero notching 4.78 average excellent digs against her Lady Bulldogs counterpart who had 4.40. Far Eastern University's Alexandra Juangco was at third with her 4.00, UST's Bernadett Pepito is at distant fourth with her 2.96, and UE's Jenina Zeta completed the top five with her 2.70.