HANOI — Gilas Pilipinas Women lost its final game to Malaysia, 96-93, on Sunday but still retained the basketball gold medal, thanks to a superior record in the 31st Southeast Asian Games at the Thanh Tri Gymnasium.

Malaysia closed the game with seven straight points capped by a three by C. Yin Yin with 17.2 second left.

In the next play, Gilas couldn't get a decent shot off and suffered its only loss in five games in the single-round robin tournament.

Despite the result, Gilas won a second straight SEA Games gold by virtue of Malaysia's loss to Vietnam on Saturday. Gilas will still take the No. 1 spot regardless of the result of the final game between Indonesia and Vietnam.

Indonesia enters that game with a 3-1 win-loss record but the Philippines will take the gold in the event of a tie due to the winner-over-the-other rule. 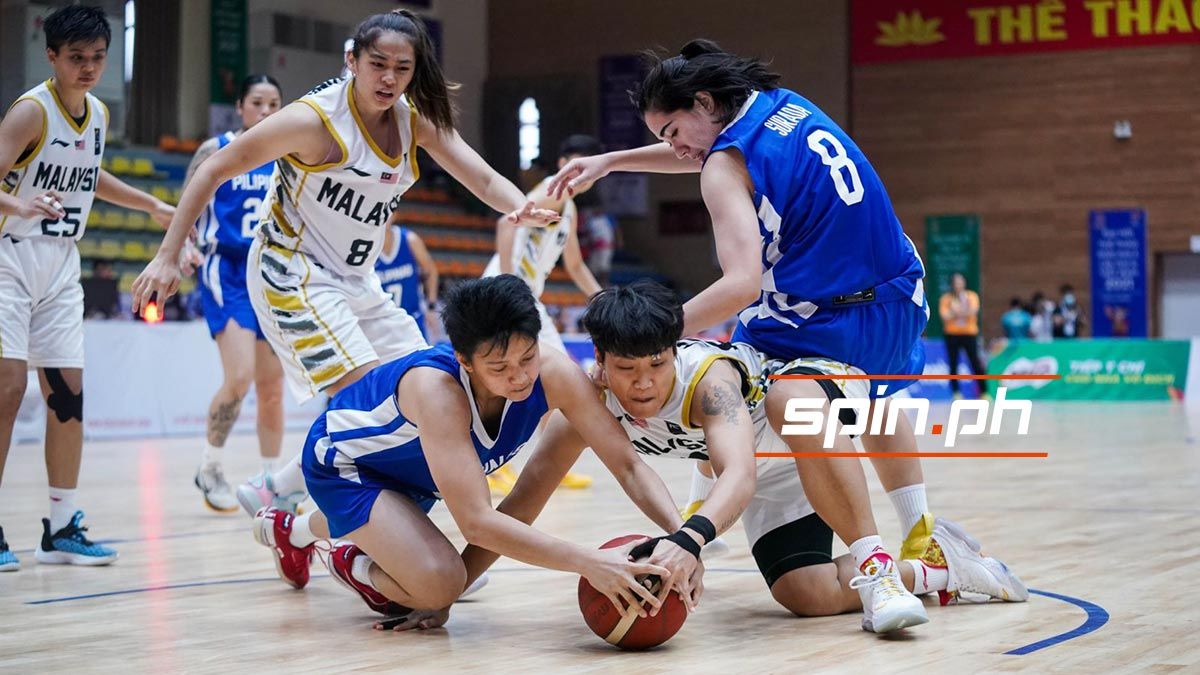 Head coach Pat Aquino remains happy with the overall effort of the players.

“I congratulate Malaysia. They still had the heart to play the game. Even though they were down, we really had a hard time. They were making shots,” said Aquino.

“I still tip my hats off for the girls. They played their hearts out. It’s just not as sweet as we want it to be. But we are still gold medalists. I’m so proud of them."

Pontejos and Bernardino carried the load in the fourth, enabling Gilas to grab a 93-86 lead, but the Filipinas failed to score in the final minutes.