HOW tough is it when you’re practically not welcome where you live?

That’s the irony and adversity Christian Tio had to overcome in his buildup for the Youth Olympic Games as he was forced to train outside his native Boracay in the middle of the closure of the island paradise for rehabilitation this year.

Boracay was an ideal place to train for Tio thanks to its steady winds.

But the island closure didn’t spare the 17-year-old Boracay-raised kiteboarder whose mom is from Dumaguete and dad from Norway.

“It was difficult because that’s where I live and need somewhere to train, so I had to go out the country or out of Boracay to just train,” Tio admitted on Tuesday in an interview at Red Bull’s headquarters in BGC, Taguig.

“It kinda stresses you out when you can’t train where you live,” the Red Bull athlete added.

As a result, Tio had to do most of his training abroad, going to Italy, Dominican Republic – to get used to the timezone – and two weeks in Argentina where he shifted his preparation into highest gear for the Games in Buenos Aires.

Despite the hurdle, the Filipino-Norwegian kiteboarder delivered in the Youth Olympics where he bagged a silver medal to become the saving grace in the Philippine campaign.

“I feel really happy, really proud to bring a medal for the Philippines, so good,” said Tio, who returned to the country last Saturday.

“You just don’t think about anything, just got there and enjoy, that’s the best thing to do,” he added.

Tio did think about targeting a medal finish in the Youth Olympics – and that’s what he got after sharing second place with Toni Vodisek of Slovenia behind gold medalist Deury Corniel of Dominican Republic.

“We expected to podium, but it wasn’t easy,” Tio said. “We fought for it.”

“I think anyone could’ve won it. There’s not really a favorite, but he (Corniel) was really good,” he added.

“I feel proud. Hopefully the sport gets bigger because of this.” 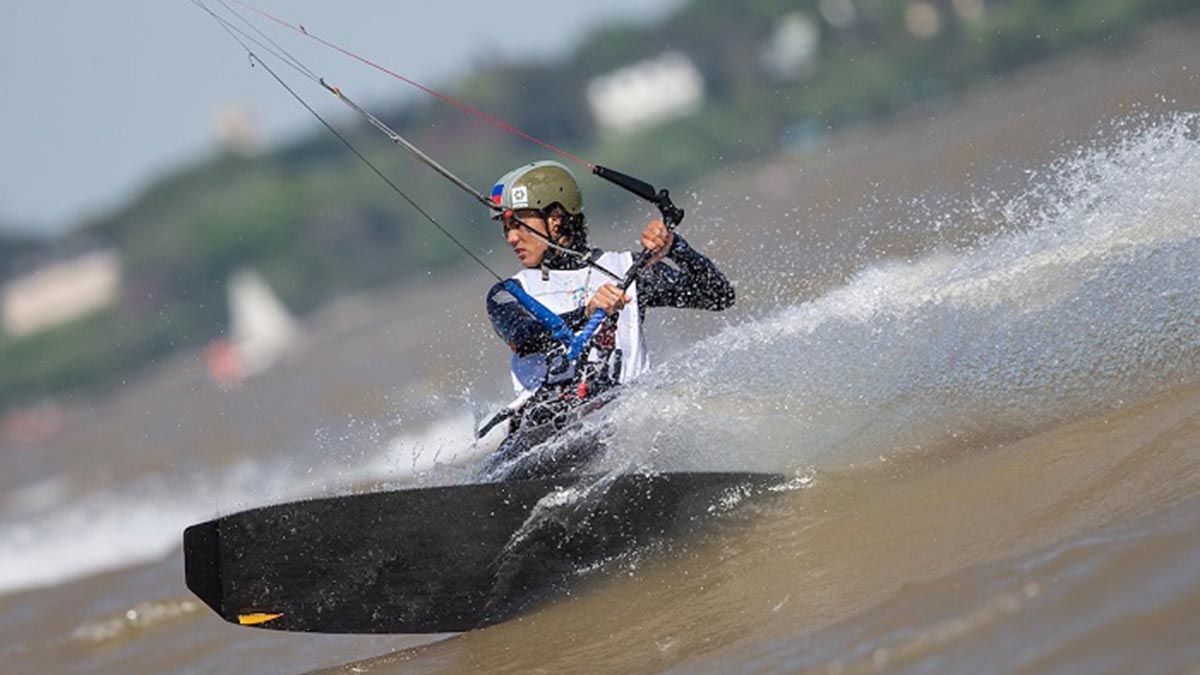