Meet the fresh faces of PWR: Jaye Sera and Jhemherlhynn

WE just wrapped up probably the best show of Philippine Wrestling Revolution so far. Of course, we’re talking about PWR: Path of Gold 2019. The event was a success and will be the final “big show” before Wrevolution X, PWR’s version of Wrestlemania.

In the end, ‘The Lightbringer’ Quatro conquered 19 other wrestlers to become the winner of the fourth annual Path of Gold match. The friendship of Ralph Imabayashi and Rederick Mahaba concluded in a heartbreaking story, with the former having to beat down his ex-best friend to remain Kampeon ng Pilipinas. John Sebastian retained his PHX Championship against Ken Warren with the help of Mr. Sy and his goons. The YOLO Twins became two-time PWR Tag Team champs when they bested The Naughty Boys of Philippine Wrestling. And the Revo-Nation lost their minds when 'Mr. Philippine Wrestling's Jake De Leon teamed up with Vlad Sinnsyk to take down Masa Takanashi and DJ Nira.

Within the stacked match card of Path of Gold, there was one match that everybody had their eyes on. Two of PWR’s newest wrestlers, Jaye Sera and Jhemherlhynn, debuted last January against each other. In their third match of the year last Sunday, they showed the Revo-Nation just why they deserved to be in the ring.

Indeed, third time’s the charm for Jhemherlhynn, when she finally beat Jaye Sera, the badass heel of the two women, after losing twice to her in previous outings. With their personalities and characters clashing in the ring, they also have two completely different stories on how they got to where they are today. 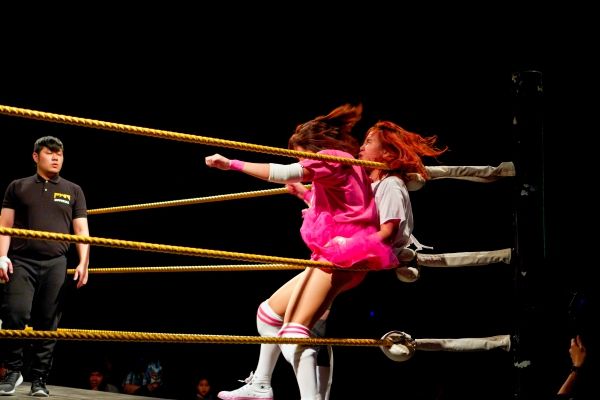 When and how did you start training to become a wrestler?

Jaye: Actually, medyo magulo ‘yung duration ng training ko because I first started to train back in 2014. Kaso hindi siya natuloy kasi ayaw ng parents, so I stopped. Then, I just got back 2017 na. It took me over a year bago ako nag-debut.

‘Yung journey through bootcamp, mahirap talaga. Lalo na for me na ‘yung situation ko was I started in 2014, and then nag-stop. I was at the point na “sure pa ba ’ko na ita-try ko ‘to ulit?” kasi baka majinx lang ulit. Very fortunate ako kasi ‘yung batch na kasabay ko all-women. Everybody’s so supportive. I think that was the most supportive bootcamp batch. Tyaka ‘yung coaches namin are very dedicated to training us and making sure we learn everything we need to learn before kami isabak.

Jhemherlhynn: I was pushed na finally try out bootcamp when I watched the WWE Manila 2016 live. I was watching ringside, and then I saw Sasha (Banks) and Charlotte (Flair) face-to-face. Kinilabutan talaga ‘ko. That moment sabi ko, “I’m gonna do it.” 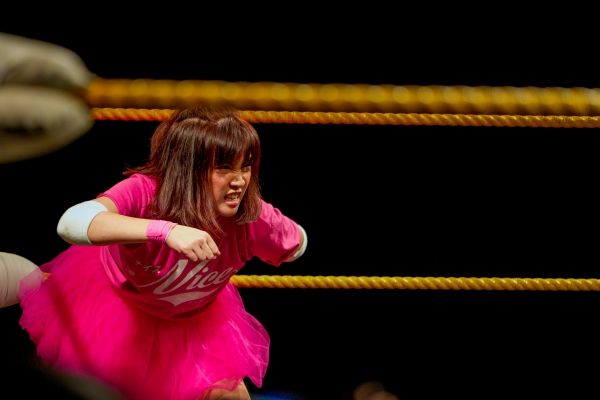 We’re like 7 sa women’s batch. At first, it was intimidating lalo na no’ng first day we were all new tapos lahat sila lalake. But they’re very friendly naman and welcoming. One good thing here is that equal ‘yung trato sa ‘yo. It’s more of what you bring to the table and ‘yung eagerness mo to learn. ‘Yun ‘yung mas tinitignan ng coaches. It’s not like “lalake ka, babae ka,” which is good.

And I’ve been a fan of wrestling since I was a kid kasi my dad used to watch wrestling tapos lahat ng kalaro ko lalake. So, whatever they watch, I watch. And then, ‘yung only cousin ko then was a guy, so bonding moment namin manood ng SmackDown and RAW, maglaro ng wrestling sa PS1.

What’s your day job and how do you balance that with training and working out?

Where did your character come from? 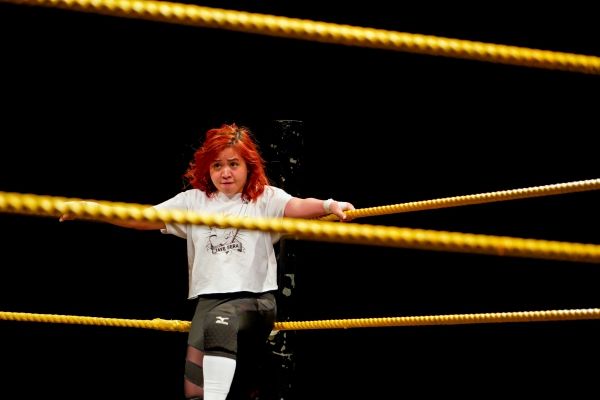 Jaye: You know what, ‘yung toughest challenge ko was creating my character and establishing it. Ang hirap mag-isip ng something na mapaninindigan ko. What I did was, ‘yung character ko in-ring is someone who’s not so far from who I am in real life. Gano’n ako like may attitude ako na parang medyo chaotic ako. Ewan ko, siguro dahil taga-Cavite ako. It’s something close to who I am in real life, exaggerated lang.

What’s your goal in PWR? 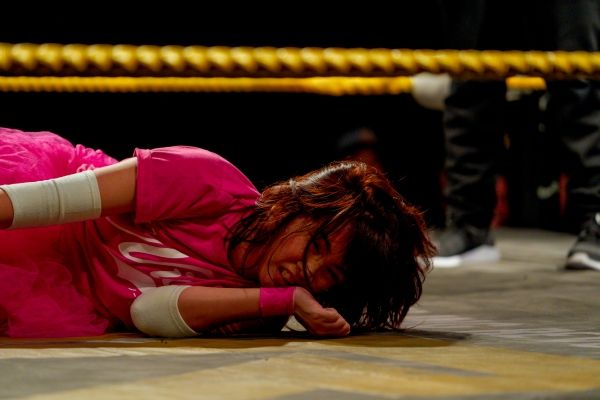 Jhemherlhynn: ‘Yung sa ‘kin kasi, goal ko rin is to help my batchmates be where we are. That’s what I really want to do ‘cause I would be really happy if all of us were here in one big (women’s) division.