Philippine Wrestling Revolution gave its fans exactly what they paid for at PWR Live: New Year’s Wrestle-ution, their first show of the year. There were unexpected debuts, shocking returns, and solid matches throughout the event.

Of course, as usual, all eyes were on Mr. Philippine Wrestling himself, Jake De Leon, whose real name is Mark Javellana. As one of the founders of PWR way back in 2014 and its current president, Mark helped establish what Philippine wrestling is all about. And there’s no shortage of support behind him whether on the business side of things or his in-ring duties.

After New Year’s Wrestle-ution, SPIN.ph talked with the Senyorito about his work-life balance, the current state of wrestling, and how much he hates John Sebastian (see, it’s not just us). 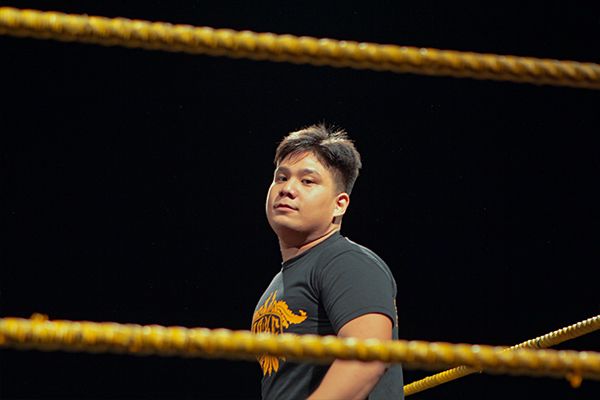 As if it wasn’t obvious enough, Mark Javellana is without a doubt one of the most diverse competitors in the squared circle as far as style and tenacity are concerned. And that’s thanks to the various promotions and wrestlers he patterns himself after.

“I draw inspiration from anywhere,” he said. “The biggest one, I’d still have to say, is the WWE since I like doing the character stuff.”

Describing his in-ring work, Mark adds that it’s a mixture of different wrestling styles like traditional Mexican Lucha, Japanese strong style, and WWE showmanship. “I’ve been inspired by luchadors before. I’ve been inspired by comedy wrestlers before,” the two-time PWR Champion added. “So everything and anything that sparks my interest, I’ll do it.”

But competing and performing for wrestling fans isn’t the only thing that Mark has to take into account. Since Mark is also the president of PWR, he also has the business side of things to attend to, which reminds us of a certain Cerebral Assassin from the WWE by the name of Triple H, who is not only a wrestler but is also the COO of the wrestling juggernaut.

“We’re very thankful for the power of social media,” Mark said. “Ever since everything started back in 2014, that has always been our number one medium of promotion. Thankfully, we’re able to keep this going as more people get to know about it.”

But creating a match card from scratch that connects the story of past events is obviously one tough task. Mark spills that it’s a creative process where minds tend to clash.

And that doesn’t stop there. Of course, despite wrestling being his one great passion, Mark Javellana also needs a regular stable job to feed himself and pay the bills. Just like the rest of us, Mr. Philippine Wrestling has to come to work on Mondays.

“My day job is an 8-to-5 in digital marketing,” Mark said. “So it’s hard to find time to dedicate to wrestling because I need to pay the bills and stuff.”

Mark found a compromise for him to continue living his dream job while maintaining a healthy work life. “What I do is, after work, it’s either I hit the gym or—I’m lucky enough to have workmates that like playing basketball and badminton, so I’m also keeping fit that way.”

And when he gets home and still has the energy, Mark will go straight to watching more wrestling. “I would usually watch a lot of matches. Current wrestling. Old wrestling. Whatever I can learn from.” 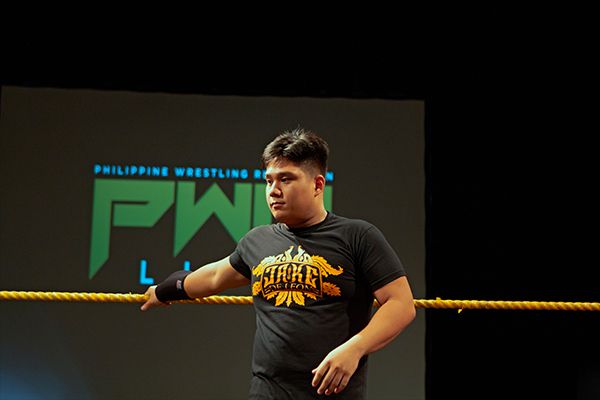 Of course with their annual PWR Bootcamp, a lot of younger wrestlers-to-be want a shot at making their dreams come true. And for Mark, he’s open to developing as much young talent as he can, and there are those who have already caught his eye.

“I really want you guys to watch for this guy, Jan Evander, because he’s a gem right now,” the Senyorito said. “A lot of our women are also on the up-and-up. Hopefully, you’ll see them soon.”

And we did see them that night. Robynn, the partner of Martivo in the Punk Dolls, finally made her in-ring return while the uber-popular Jhemmerlyn competed in her first match inside the squared circle against a debuting Jaye Sera. “We have a few female wrestlers in training, so watch out for them.”

For years, however, one wrestler has been a thorn on Jake De Leon’s side, and that is John Sebastian, the self-proclaimed “Wrestling Lord and Savior.”

“I hate John Sebastian so much,” the Bacolod-native said. “We’ve fought with and against each other. I’m sick of his face.”

Despite that, Mark trends to look at the positive side of things, and that includes the ever-transforming nature of wrestling. Right now, it seems that the sports entertainment industry has evolved into a different landscape, and the possibilities have never been this infinite. With the emergence of All Elite Wrestling, things just got interesting for the wrestlers, wrestling fans, and the companies. But what is Mr. Philippine Wrestling’s take?

“It’s amazing the time we’re at right now,” Mark declared. “Before it was just WWE—they were the end-all-be-all basically.

“It’s an exciting time to be a wrestler because now, you won’t just have one goal to strive for. Now you have a lot of different places. Now the competition will make everyone work harder.”

And we don’t doubt for one second that Mark Javellana or Jake De Leon—whatever you want to call him—works the hardest at his craft. It’s probably tougher than what we think, but Mr. Philippine Wrestling always makes things look effortless.

“I’m not gonna say it’s easy for everyone who wants to join. But if you’re really dedicated to this craft, to this passion, you’ll find the time,” he says. “That’s why, still, I show up every Sunday for training. And I show up once a month to kill it in the ring.”

To be honest, we can't wait 'til the PHX Championship returns home around the waist of OUR champion, Mr. Philippine Wrestling, Jake De Leon. 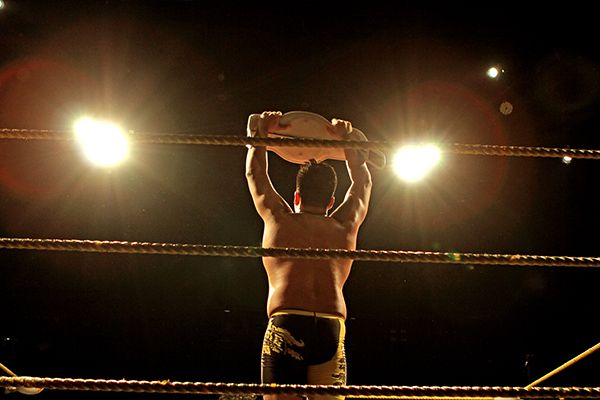