Why Goldwin Monteverde shied away from family's showbiz spotlight

SOME people dream about being in showbiz, thrilled to land even just a cameo role in a soap opera – let alone star in blockbuster movies, or be part of the creative team behind the scenes.

But the spotlight doesn’t appeal to everyone.

Even for someone who was raised in a family that made a name in film production, Goldwin Monteverde shied away from the limelight, content to walk his own path away from the glitz and glamour of showbusiness in the basketball coaching scene.

It’s a fresh plot twist for the University of the Philippines coach – the son of Lily Monteverde, who’s fondly known as Mother Lily, the founder of Regal Entertainment, the oldest film production company in the Philippines.

Goldwin Monteverde: regal in his own field

His dad, Remy, who was once San Beda team captain, paved the path to basketball for Goldwin, one of five siblings, including Regal heiress Roselle and Dondon, who runs his own production firm.

“I think mas na-impluwensyahan ako ng father ko kasi he played before,” Goldwin said. “At an early age, na-introduce sa amin ang basketball and I grew to love and have that passion for the game.”

After playing juniors basketball at UNO High School under veteran coach Joe Lipa, Monteverde got his first coaching break at age 18 in 1989 when he was tasked to handle the elementary and high school Team B squads at St. Stephen’s High School.

He has been living his own dream since. 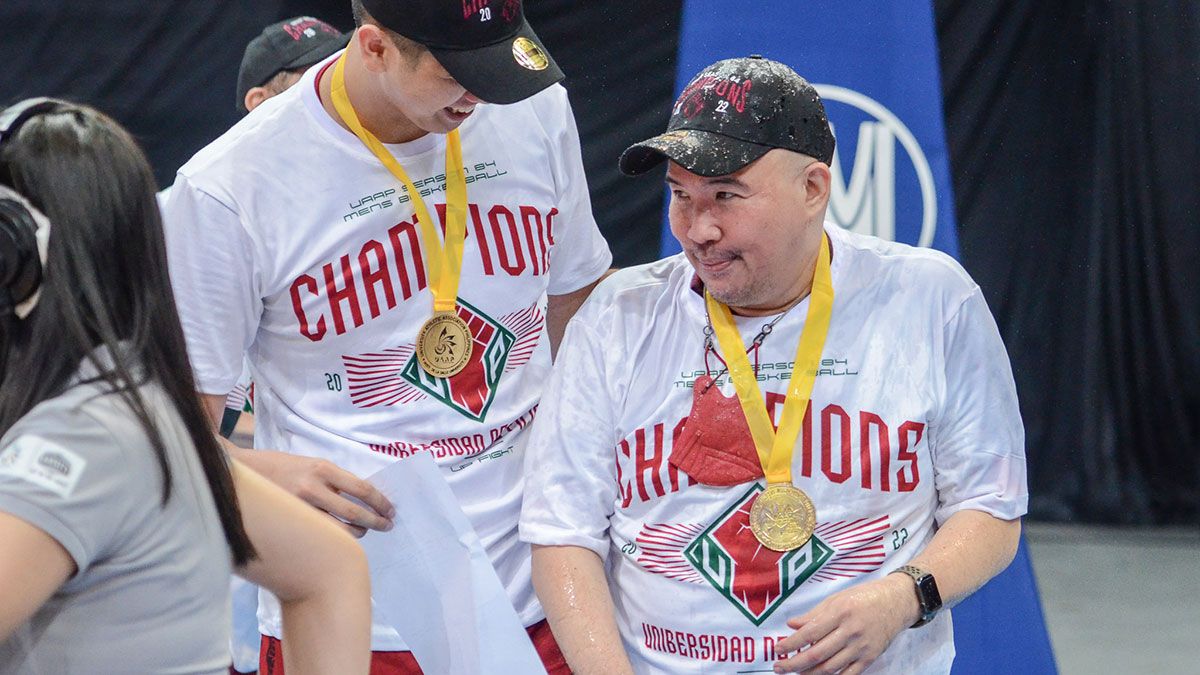 Monteverde has since stepped into the college basketball spotlight at UP, wasting no time to translate his coaching acumen to the seniors ranks by steering the Fighting Maroons to the UAAP championship last year that ended a 36-year drought.

Now 51, Monteverde is even poised to lead the Maroons to back-to-back titles by sustaining their gains from their breakthrough season.

Despite his success, Monteverde looks like he’s far from reaching his coaching climax.

But when the final credits roll, seeing a Monteverde make his own name in a different field has the makings of an underrated movie.

Who would play him in the biopic? Goldwin has one veteran actor in mind.