Biggest upsets in the PBA quarterfinals. Can No. 8 seed Alaska follow suit?

AFTER a grueling elimination round, action in the PBA Commissioner's Cup hits fever pitch in the playoffs which has seen upsets over the years - proof that seedings don’t mean a thing in win-or-go-home matches.

Days after eighth seed Alaska and seventh seed San Miguel forced do-or-die matches against top-ranked teams TNT and NorthPort, let's look back at some of most memorable quarterfinal upsets in the pro league.

The beginning of the current format of the playoffs can be traced to 1999 when Tanduay became the ninth team in the league. In the first conference of the format, Mobiline took the first spot after starting the All-Filipino Conference with seven straight wins before ending up with an 11-5 record. Asi Taulava had an impressive rookie conference after being Mobiline’s direct hire that season.

Meanwhile, the Kings were still on the heels of the retirement of Robert Jaworski as playing head coach and struggled to a 6-10 win-loss record, and still needed to beat Sta. Lucia to clinch the eighth seed in the quarterfinals.

After winning the first game, the Kings clinched the biggest upset of the league at that time, beating the Phone Pals, 82-81, thanks to the heroics of Bal David. The Ginebra guard scored one of the most memorable buzzer-beaters in the history of the league, scoring on a turnaround jumper at the Philsports Arena, leaving Taulava in tears after the game.

After being eliminated from title contention by Tanduay in the semifinals, the Kings went on to finish third place in the conference after defeating Alaska.

Just like in 1999, the Phone Pals once again looked headed to another title run after topping the elimination round with a 9-2 record behind the import duo of Jerald Honeycutt and Richie Frahm, even without Taulava for being part of the Asian Games team. Meanwhile, the Beermen crawled to a 5-6 record in the absence of Danny Ildefonso, Danny Seigle, and Olsen Racela due to the Asiad.

But it was a case 1of history repeating itself for the Phone Pals.

With former NBA player Mario Bennett and longtime San Miguel import Lamont Strothers leading the way, the Beermen romped to a 79-70 victory in the first game before routing the Phone Pals in the sudden death match, 81-70, after Bennett combined for 47 points and Boybits Victoria contributing 14 points.

The Beermen went on to lose to Alaska in the semifinals as well as against Coca Cola in the third-place game.

Following that disappointing finish by the Phone Pals in the Governors’ Cup, Talk ‘N Text came into the next conference falling to the seventh-seed in the quarterfinals with a 5-5 record even with the return of Honeycutt, who teamed up with Pete Mickeal after he replaced Danny Johnson during the conference. The Phone Pals faced the second-seed Realtors, who were led by former Utah Jazz player Stephen Howard and former MBA cager Chris Clay of the Laguna Lakers.

Following several disappointments, the Phone Pals, this time, pulled off the surprise by forcing a rubber match with an 87-79 victory. The sudden death match was not even close as the Talk ‘N Text beat the Realtors, 80-70.

The Phone Pals reached as far as the finals during that conference, forcing Red Bull to a Game Seven before losing the title, 67-60. 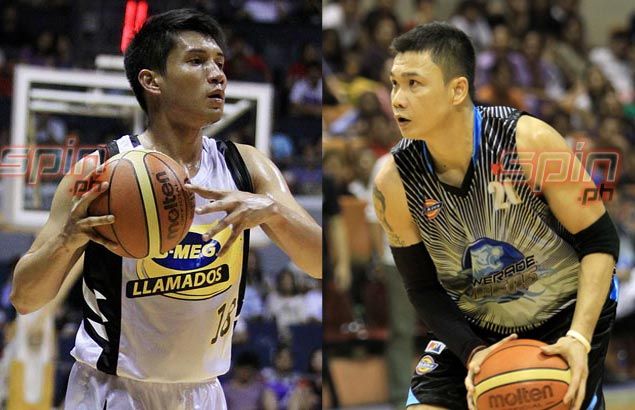 Tim Cone started his tenure as head coach of the Purefoods franchise in 2011, but it was a forgettable first conference for the Grand Slam coach after being stunned by eighth-seed Powerade in the Philippine Cup.

During the elimination round, the B-Meg Llamados, led by James Yap, Kerby Raymundo, PJ Simon, Mark Pingris, and Joe Devance, were off to a strong start to their title bid after taking first place with a 10-4 record to arrange a quarterfinal series against Powerade, which had six victories in 14 matches.

After forcing a win-or-go-home match following a 97-88 win, the Tigers completed the upset of the Llamados with Gary David hitting one triple after the other to finish with 37 points. Scenes of David looking at his hand after a three-point shot made the series memorable for a Tigers side that also had JVee Casio, Marcio Lassiter, and Sean Anthony.

Powerade under head coach Bo Perasol went on to reach the finals but lost to Talk ‘N Text in the series. 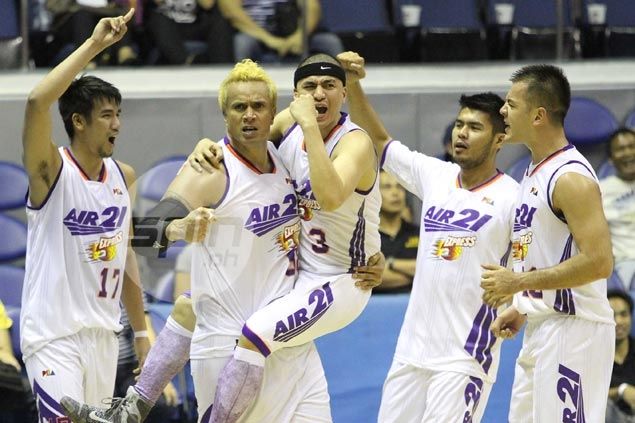 The Express entered the quarterfinals of the Commissioner’s Cup with little expectations after winning only threeof their nine games in the elimination round. On the other hand, the Beermen took second spot with a 7-2 card behind Kevin Jones, June Mar Fajardo, Arwinds Santos, Marcio Lassiter, and Chris Ross.

Air21, led by Wesley Witherspoon, forced a rubber match with a 92-79 victory in the first game. The final game was a classic as Taulava, who had his share of upset losses early in his career, converting a putback to send the game to overtime, before making clutch plays in the second overtime to pull off a 101-95 victory to advance into the semifinals for the first time in franchise history.

The Air21/Shopinas franchise dropped its semifinal match against San Mig Coffee, who actually won the Grand Slam that year, but not after forcing the Mixers to a fifth and final game in the Final Four. 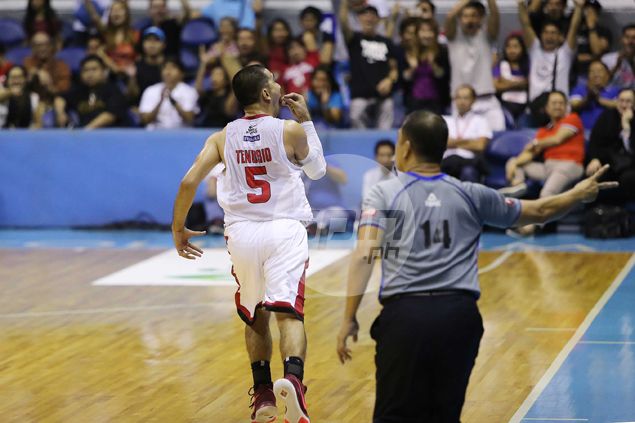 After a Grand Slam with San Mig Coffee in 2014, Cone moved to Ginebra where he won his first crown with the team in the 2016 Governors’ Cup. However, the Gin Kings started out slow in the Philippine Cup the following year and finished the elimination round with a 6-5 win-loss record for the seventh seed in the playoffs.

The Gin Kings arranged a quarterfinal series against the second-seed Aces, Cone’s former team, led by Calvin Abueva and Vic Manuel. Alaska finished the eliminations with a 7-4 card.

LA Tenorio had a series to remember for Ginebra beginning with a 16-point effort against Alaska in the first game for an 85-81 victory. Tenorio then exploded with 31 points as the Kings completed the upset over the Aces, 108-97.