DURING the enhanced community quarantine, Alaska has organized a home workout challenge to keep the players in shape during the suspension of PBA games.

The Aces players and even coaches have been posting workout videos on their social media accounts as they keep themselves active even with the quarantine that was imposed to prevent the spread of the novel coronavirus (Covid-19).

The home workout challenge has taken a life of its own, with the team now showing live workouts on the Alaska Aces’ social media accounts.

Alaska coach Jeff Cariaso said the home workouts was set during the first week of the quarantine in hopes that the games would resume at the soonest possible.

“What’s funny and pretty awesome about that is during the first week or two of the quarantine, you are hoping that after two or three weeks, things will go back to normal. I tried to encourage the guys in a way where they can still stay in some form of shape kasi sayang eh, pa-start na kami.”

“And remember, our first game was that week na inannounce na may quarantine. Ready na ‘yung team, excited na kami lahat. I didn’t want to lose that momentum. Sabi ko, let me start something,” said Cariaso in a recent episode of the SPIN Sidelines. 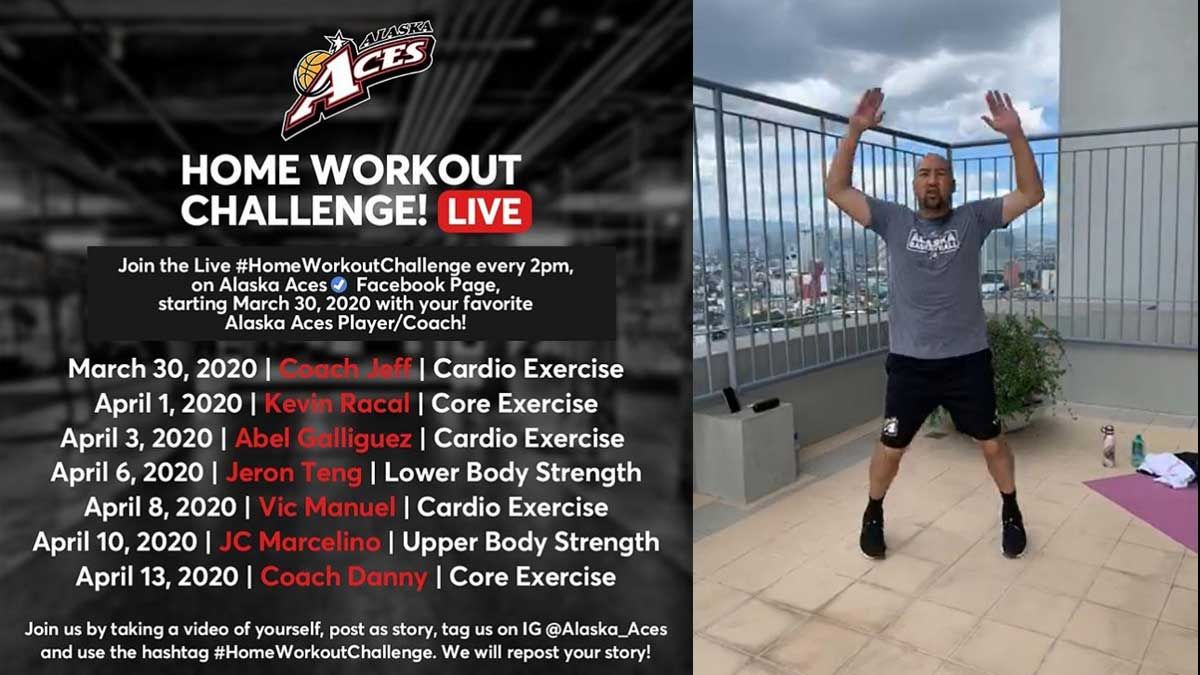 Cariaso said the home workout challenge gained a positive response not just to the players but also to the fans.

“Sumusunod naman sila and it turned into something that is part of their schedule and everyday activity. I told them, make sure to tag me so I can see. In the beginning, ganun siya nagsimula. Now they are doing it on their own,” said Cariaso.

Aside from the team getting in shape, Cariaso also added the home workout challenge has also created camaraderie among the players even though they are in their respective homes.

“That’s really a part of it. That’s the reason why we do something like that so that kahit papaano, they are connected sa isa’t isa, they are engaged, we are communicating, and hopefully, we are having fun,” Cariaso said.

“These are tough times and we don’t know how long it’s going to last. We are trying to stay creative,” said Cariaso.

Watch the interview with Cariaso: