Review: The Game Changers, in fact, changes nothing

WHEN a food fad starts making waves on Facebook, my eyes start rolling and my brain goes, "What kind of BS have they thought of now?"

The food fads of recent years have included Keto, Paleo, Whole 30, Intermittent Fasting, Carb Cycling... and now the buzz on social media is all about going plant-based. This is all because of the hit Netflix film (nope, I refuse to call it a documentary), The Game Changers.

It’s an entertaining film if you’re an athlete with high aspirations, or even if you’re an overweight, sedentary individual who dreams of becoming fit again. I think the film has a lot of potential to convince many to start eating more veggies.

The problem I have with it though is the film is built on fallacies and over-exaggerations. There are some lies, some truths, some half-truths, but what they do a lot of is cherry pick the good, and use fear-mongering for the stuff they don’t like.

There are so many bogus claims in this film that I will just focus on a few that will show for sure that what they are saying is all just a bunch of crap.

First is the narrator himself. Who is this guy anyway? His claims of spending over 1,000 hours reading scientific journals and doing battle ropes for over an hour nonstop should be automatic red flags for anyone watching the film. It could be true, but highly unlikely, and it makes me question everything else he states in the film.

Then they have the conclusion that the top "athletes" of the ancient world, the gladiators, were vegan. You could say they were the athletes of their time because sport did evolve from war. But in reality, they had very short careers (mostly one fight, if they were lucky) and they were fed plant-based meals to become fat.

In the Archaeology Archive, Nick Curry writes that their plant-based diet was a matter of packing in enough fat to hopefully keep them alive. “Consuming a lot of simple carbohydrates, such as barley, and legumes, like beans, was designed for survival in the arena. Packing in the carbs also packed on the pounds. Gladiators needed subcutaneous fat, a fat cushion protects you from cut wounds and shields nerves and blood vessels in a fight.”

The glamorization of a plant-based diet without stating the real reason behind it is definitely a recurring theme in this film. 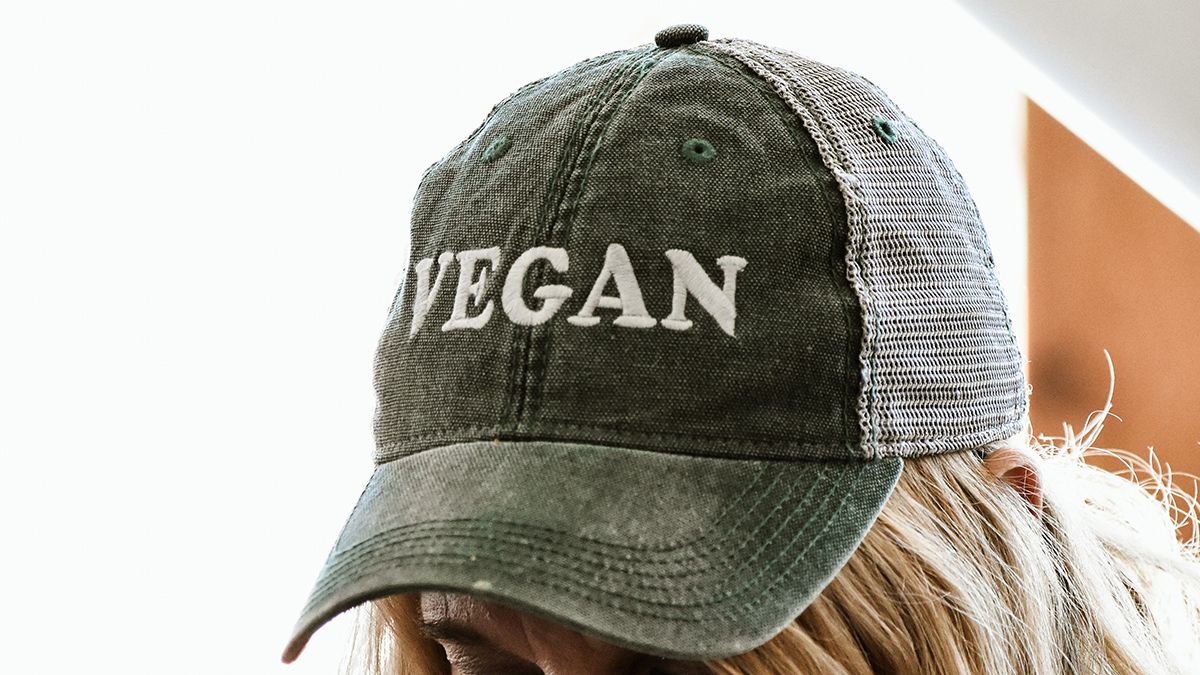 And then there are the cherry-picked vegan athletes. They could have gone the more factual route and just showed that you can be vegan and still perform at a very high level in sports.

But no, they went several steps further and wanted to show that being vegan, or plant-based as they call it, is the ultimate step to taking your performance to a higher level.

For every vegan athlete, there is also at least one who is on the keto diet and is performing just as well. But the vast majority of high-level athletes will be omnivores who eat a lot of fruits and vegetables, starchy carbs, as well as good-quality animal protein and fat.

For the athletes who were quoted as saying the’ve never felt better after shifting to a plant-based diet, what really needs to be taken into consideration is this: What were they eating before they shifted? I would bet that they were consuming low-quality fast food and processed meals. Obviously, a shift to high-quality whole foods will definitely make them feel and play better.

But shifting from low-quality fast food to a paleo, keto, pescatarian, or vegetarian diet will also make you feel the same way. The key here is mindfulness when eating. Don’t just chow down anything and everything in front of you. Be aware of the effects of each morsel you put in your mouth, especially if you are a high-level athlete. Always keep in mind the saying, “You can’t outwork a bad diet.”

On a side, but very important note, while writing this article, I came across other articles showing the ill-effects of going full-on vegan for more than a year if you are a high-level athlete. They basically showed that most of the high-profile vegan athletes started to develop nagging injuries that just wouldn’t heal with time. Since the amount of protein intake is one of the main issues when going vegan, the lack of this nutrient probably causes problems in the long term.

You are what you take in 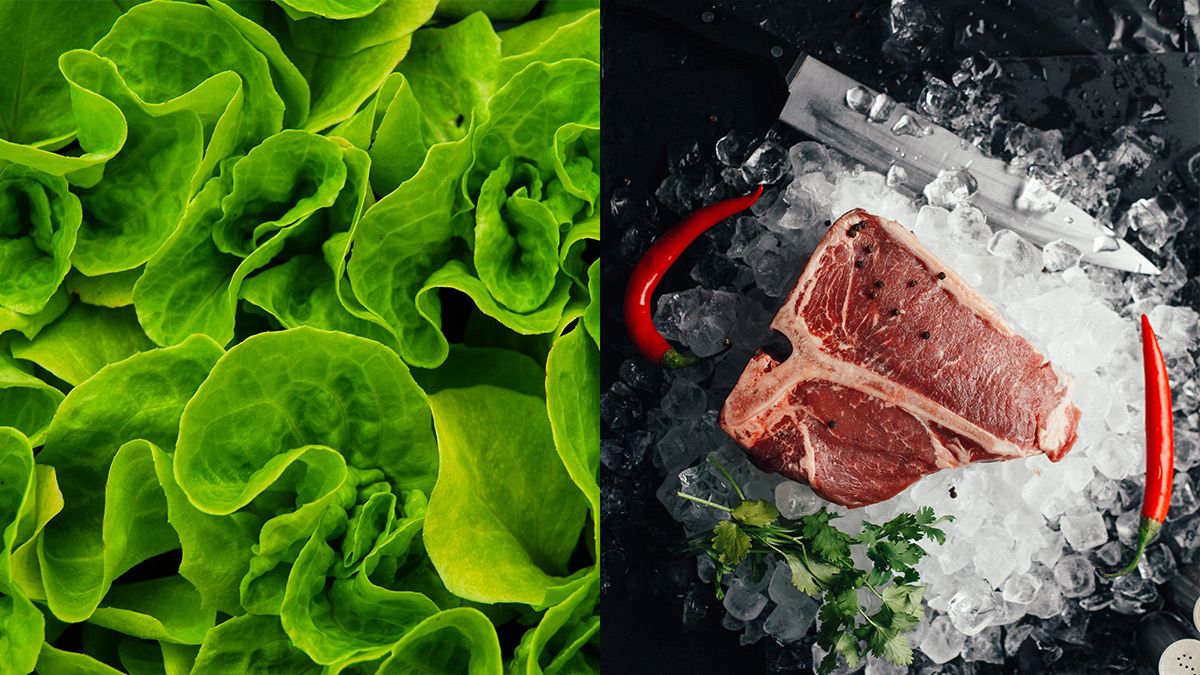 Another claim that caught my attention is that vegans have higher testosterone levels than meat-eaters, and therefore get stiffer erections more often during the night. The first part of the claim is actually true, but in terms of usable testosterone, vegans and meat-eaters have equal amounts. The increased testosterone in vegans is also accompanied by an increase in SHBG, a hormone that basically neutralizes testosterone and makes it useless.

As for the part of that claim that says you get harder boners? That can’t be verified or analyzed. So along with the rest of the film, it probably isn’t true.

The worst and most stupid argument they put forward is that a bodybuilder is vegan because he wants to be just as jacked as a gorilla, who doesn’t eat meat. A quick search will show that gorillas have specialized digestive tracts and bacteria that are able to extract amino acids out of plants that wouldn’t be digestible for us.

In addition, gorillas eat 18 kilos of food a day! Try eating that much. Humans, on the average, eat less than two kilos a day. The bodybuilder they featured most likely supplements his vegan diet with numerous servings of protein shakes a day, and there is the possibility that he could be on steroids as well.

The only compelling reason to go vegan that they presented — and the one that's probably the most genuine — is to save the animals and the planet. However, the argument they put forward was more emotional than factual.

While the livestock industry should shoulder a large part of the blame for climate change, transportation is also a significant factor in greenhouse gas emissions. So before telling someone he or she should stop eating meat to save Earth, check first if you ride a bicycle daily.

In summary, the film was entertaining enough for me to stay glued to the screen for almost two hours. I’ve also been watching war films on Netflix lately, and The Game Changers would count as propaganda.

It would have been good if the film had merely encouraged everyone to eat more vegetables and show that it is possible even for elite athletes to be purely vegan. But what I could not take was all the lies and fallacies they presented. For the average viewer who is not that well-versed in fitness and nutrition, I hope they do not believe what they watched is based on facts, and not the BS that it really is.