MOST of us may not be professional cagers or varsity players, but we deserve to play on the same quality basketball courts that pros or college standouts play on.

There are countless basketball courts in Manila, but there are a few that that can rival the quality of that of the Big Dome or the MOA Arena.

So we asked Alaska analytics coach and Expresshoops.ph co-owner Paolo Layug to list – in no particular order – some of what he feels are the best basketball courts in Manila for weekend basketball enthusiasts.

Running a top court reservation platform in the country gives Layug the knowledge and data to know what the top basketball courts in Manila are, based on those who book reservations on their website.

Layug lists some of his criteria for judging the top basketball courts in Manila.

“All the courts are obviously nice, but for me, it’s location that’s really important,” the Alaska stats geek began. “Location, parking – really important, we always get questions about parking.”

Price, surprisingly, is hardly an issue, as far as Layug’s customers are concerned, saying prices that are on the Expresshoops.ph platform range from P1,000 to as much as P2,200 per hour.

“I actually don’t think rate is not that important,” Layug insisted. “There’s a market for every price range, kasi no matter what price range you put it, there’s gonna be someone willing to pay eh, so people will really pay to play – whether it’s basketball or volleyball.”

Talking more about volleyball, Layug feels it’s a plus for a court to be versatile enough to be modifiable to volleyball conditions, adding that they have been getting more inquiries about volleyball reservations for camps, for practices, and sportsfests.

“Volleyball is growing, so it’s nice if you have provisions for volleyball. You can adjust, you can add the net and the poles,” Layug said. “It’s like untapped market for women who want to play sports. Women’s volleyball is really growing.”

Check out these multi-purpose basketball courts in Manila that are worth your money. 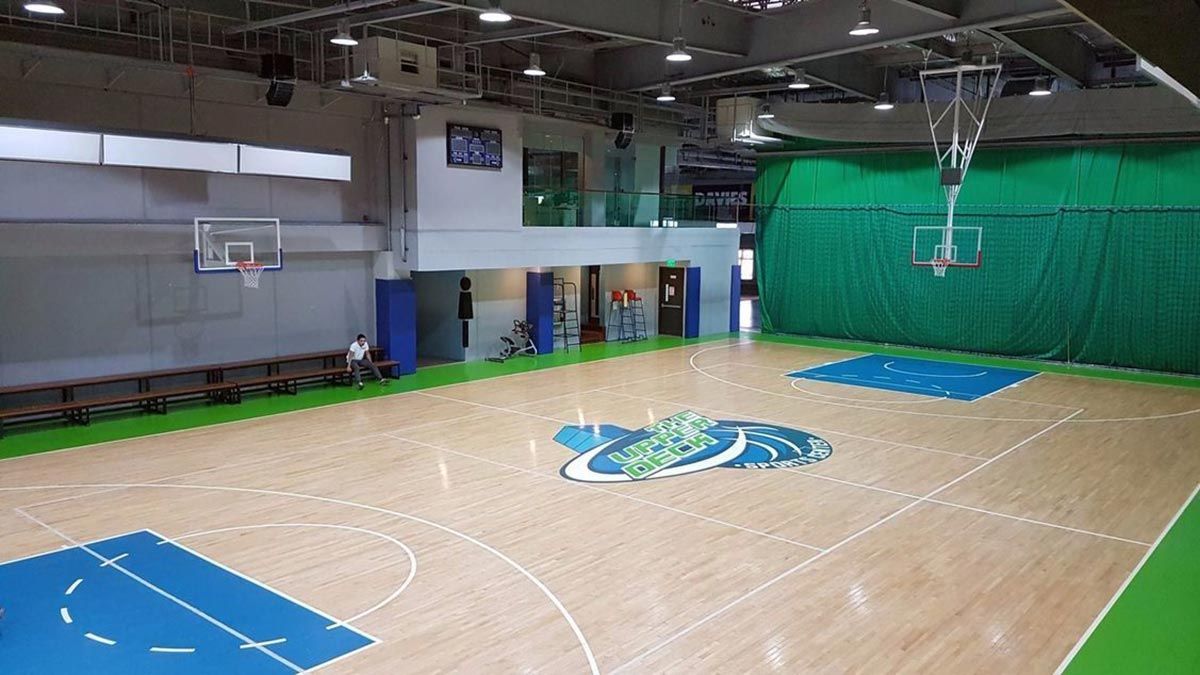 Rate: P2,200 per hour including lights

This is where PBA teams Ginebra and Phoenix practice, so it must be up to standards.

Located near the Pasig business district, young professionals can play here before or after work.

It’s is also as versatile as is gets; Not only can it accommodate volleyball reservations, but it also has available courts for badminton enthusiasts.

“I think Upper Deck is really nice,” Layug said. “It’s complete. They have two courts, nice locker rooms, the flooring is really nice. And there’s a lot of restaurants nearby, so if you’re working in corporate, maganda talaga siya.” 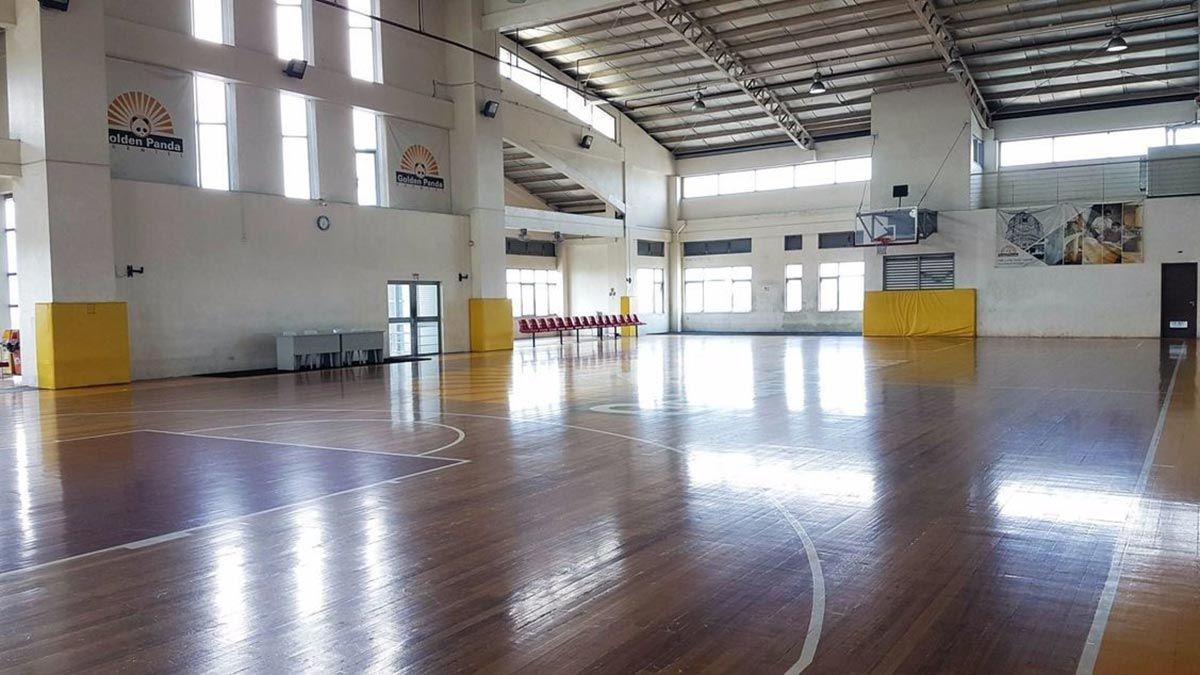 This court may be indoor, but it has an outdoor feel to it, making it conducive for pickup ballers.

“It’s one of the more popular ones,” Layug sad. “One of the nice features about it is it’s on the top of the building kasi, and instead of walls, they have windows, so it’s kind of an older court na, but the feel is parang when you’re playing, you can see the skyline of QC or Ortigas, San Juan, so you can see a lot of buildings, medyo mahangin siya, lots of space, the walls aren’t nearby, so it feels spacious.” 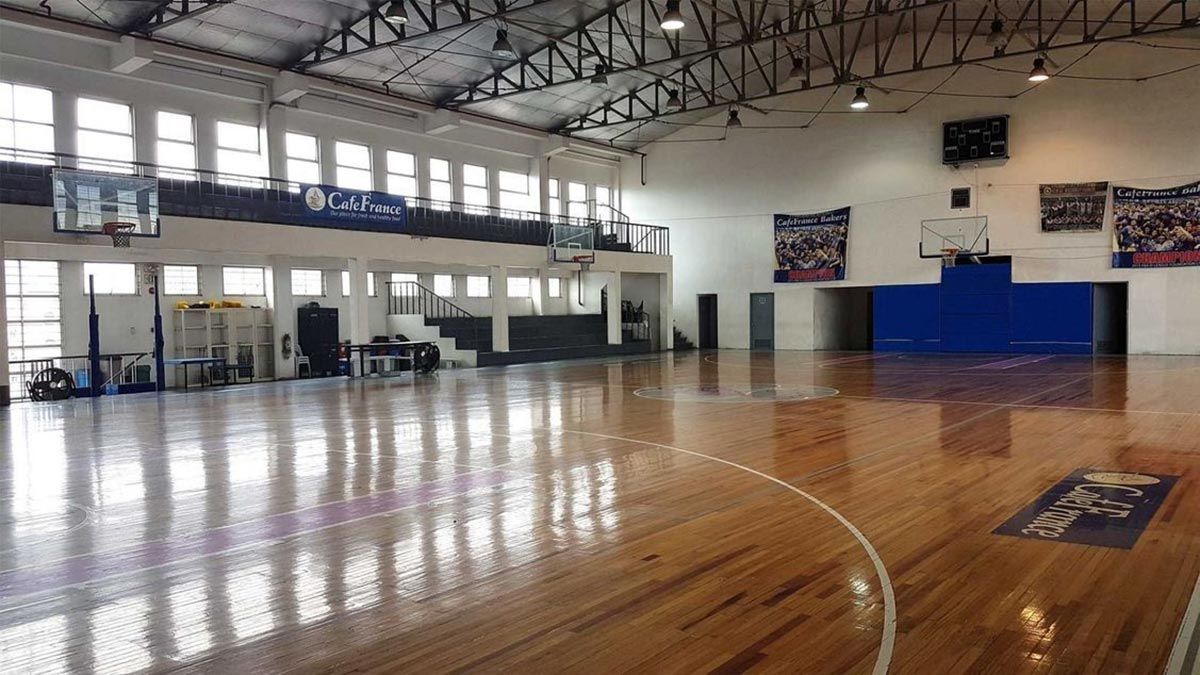 Located at the heart of U-belt across Arellano University along Legarda, this court is the most affordable in this list and therefore most reasonable for student-athletes and weekend warriors.

“Malapit sa schools talaga,” Layug said of the court that also features a toilet and shower, scoreboard and shotclock, electric fans, side courts, and can also be used for volleyball games.

One disadvantage is the court’s limited parking space, encouraging patrons to carpool instead. 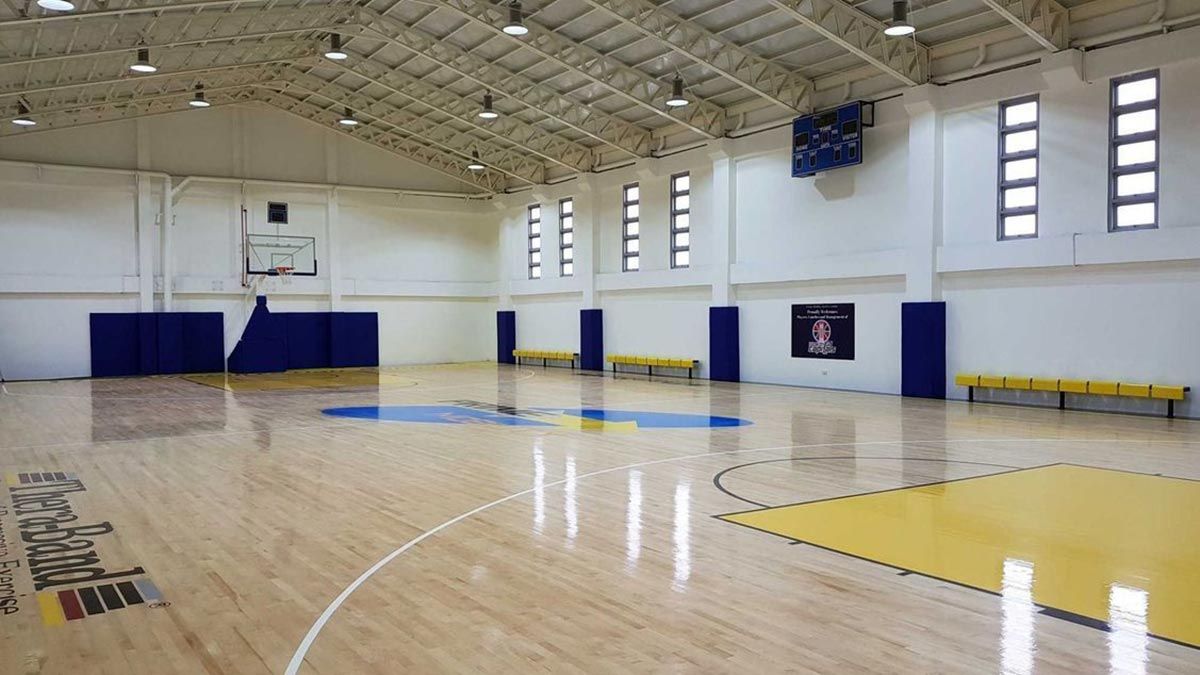 It’s one of the newest basketball courts in Manila, making it intriguing for ballers.

“It’s really nice and clean,” Layug said. “It’s a new court lang, so if you’re from the North, maganda siya. It also gets booked. A lot of regulars, pag gabi, fully booked ito.”

Layug also noted that the court has plans to offer futsal and rehab/prehab services for athletes. 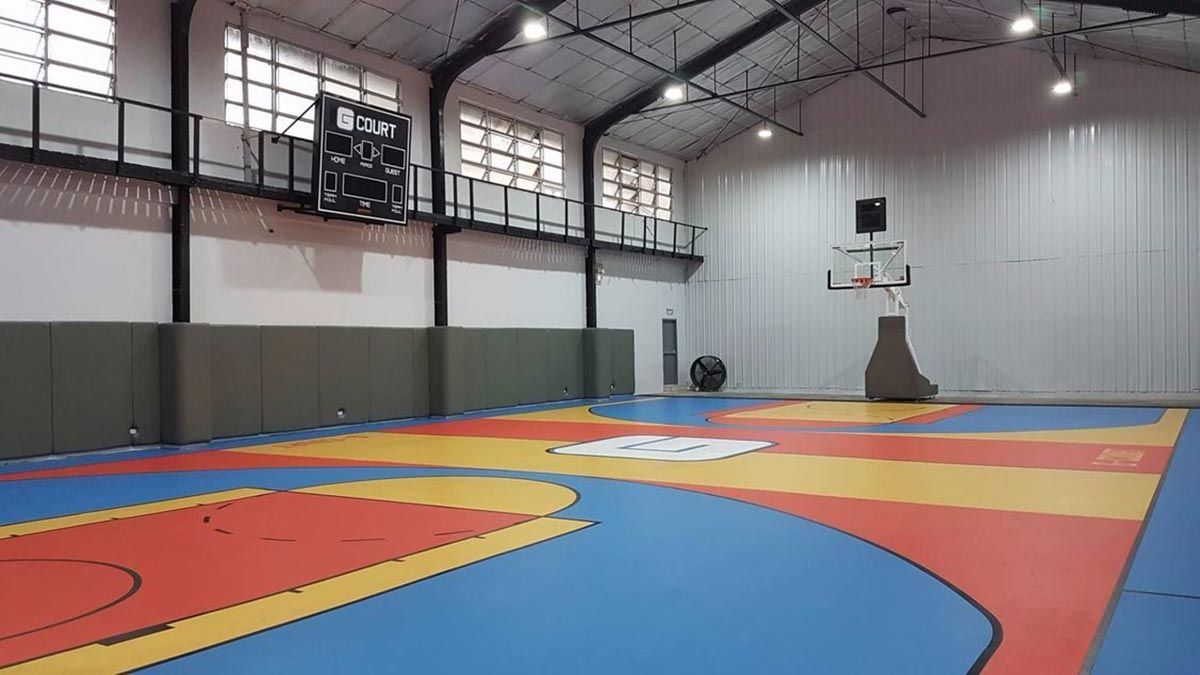 This is the only non-wooden court in this list, having decoflex as its surface, a flooring that’s still acceptable for most players and their shoes’ tractions.

Perched at a considered midpoint in the metro, G-Court is also accessible to players from outside Mandaluyong.

“I think for a court that’s not so known, G-Court, coz it’s near to go. It’s kind of easy to access, kasi it’s not in Makati, but konting drive lang from Makati, you can get there na eh,” Layug said. “It’s easily accessible, they’ve got parking, there’s nearby Crossfit gyms, restaurants, and it’s near Ortigas also.”

One thing noticeable about the court, though, is its length as it feels shorter compared to standard-size courts – maybe a good thing for elder players who have a hard time catching their breath. :) 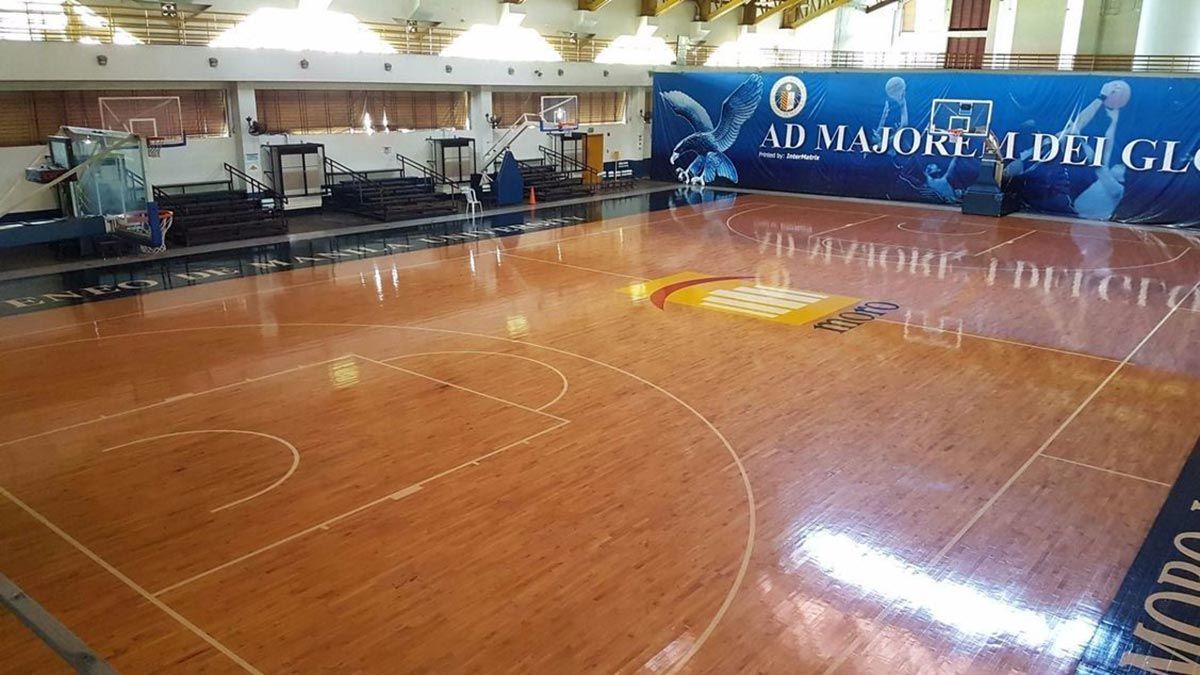 The good news: this is a state-of-the-art facility where TNT KaTropa and the Ateneo Blue Eagles train. The bad news: because those teams train, that makes it tougher for us mere mortals to book a reservation.

“Moro Lorenzo is one of the nicest, but it’s always booked, because a lot of college teams practice there, syempre for Ateneo,” Layug said.