The ACL tear. Whether you’re at the elite or the recreational level, it’s every athlete’s worst nightmare.

If you recall, Klay Thompson tore his left anterior cruciate ligament (ACL) with the Golden State Warriors up three points in the last quarter of Game 6 in the 2019 NBA Finals. That injury pretty much sealed the fate of the Warriors, and the Kawhi Leonard-led Toronto Raptors would walk away with the championship.

How exactly did Klay tear his ACL? Let’s walk our way through the events that led up to it:

1. Klay injured his hamstring in Game 2 of the finals, sat out Game 3, then came back to play in Game 4. Medically, was it the right decision? In hindsight, it wasn’t, but you can’t question an elite athlete’s mindset when it comes to the highest level of competition.

2. Klay had been averaging more than 40 minutes in the last three games on an injured hamstring. During the last two minutes of a close Game 6, the Warriors forced a turnover to get a fast break opportunity against the Raptors.

3. Klay sprinted down the left side of the floor for what he thought would be an unchallenged lay up or dunk. But at the last second, Danny Green fouled Klay on the play.

4. Thompson definitely felt the contact. But instead of focusing on his landing, he looked up to see if he made the and-1 play. Klay landed awkwardly on one leg.

5. His left leg hit the floor in an almost straight-on position. Immediately, you can see his knee buckle, and after that you see the dreaded knee grab, which almost all people who tear their ACL do. 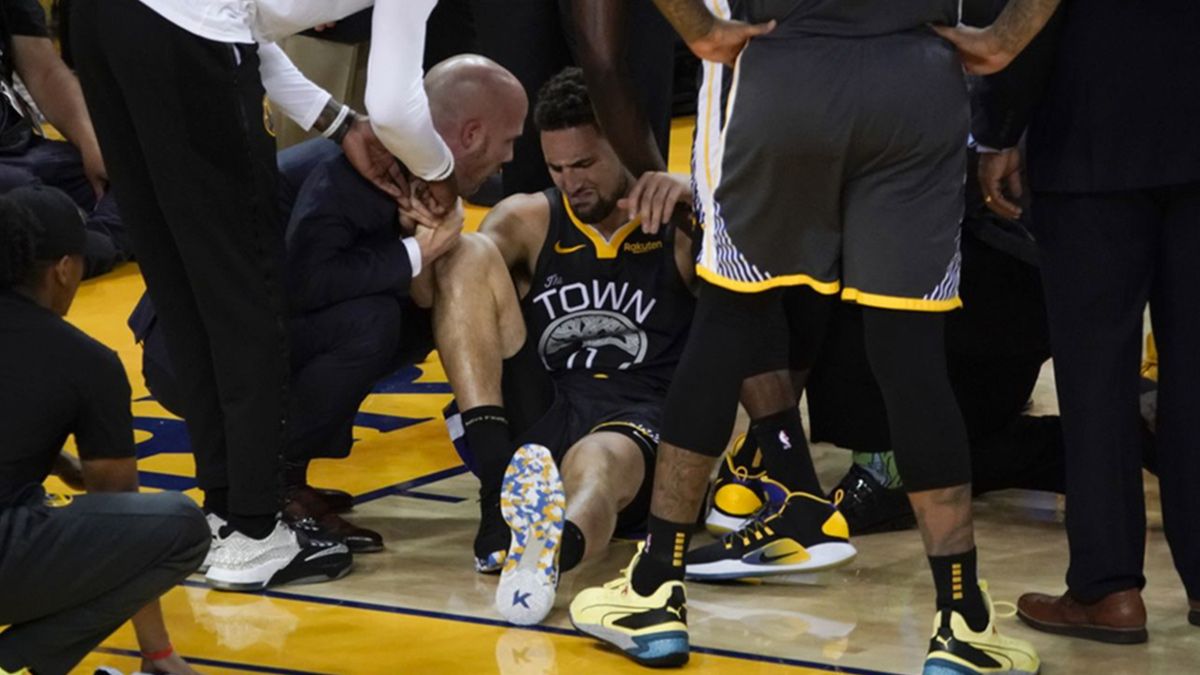 This knee buckling was thought to be the cause of the ACL tear for years. Scientifically, it is called a valgus collapse. Strength and conditioning trainers who know their stuff always emphasize good landing mechanics without valgus on both double-leg and single-leg stances.

However, in a 2015 study done by the Duke University Medical Center, a forensic biomechanics approach found that landing on a hyperextended knee is actually what tears the ACL. The awkward buckling motion — that gruesome and unnatural angle the knee takes just before the pain registers on the athlete's face — is not the motion that tears the ligament, but is what happens just afterward.

As you can see with Klay’s injury, he did indeed land on an extended knee before the valgus collapse. The pain does not immediately register on his face, though, because the ACL takes a few milliseconds to tear. 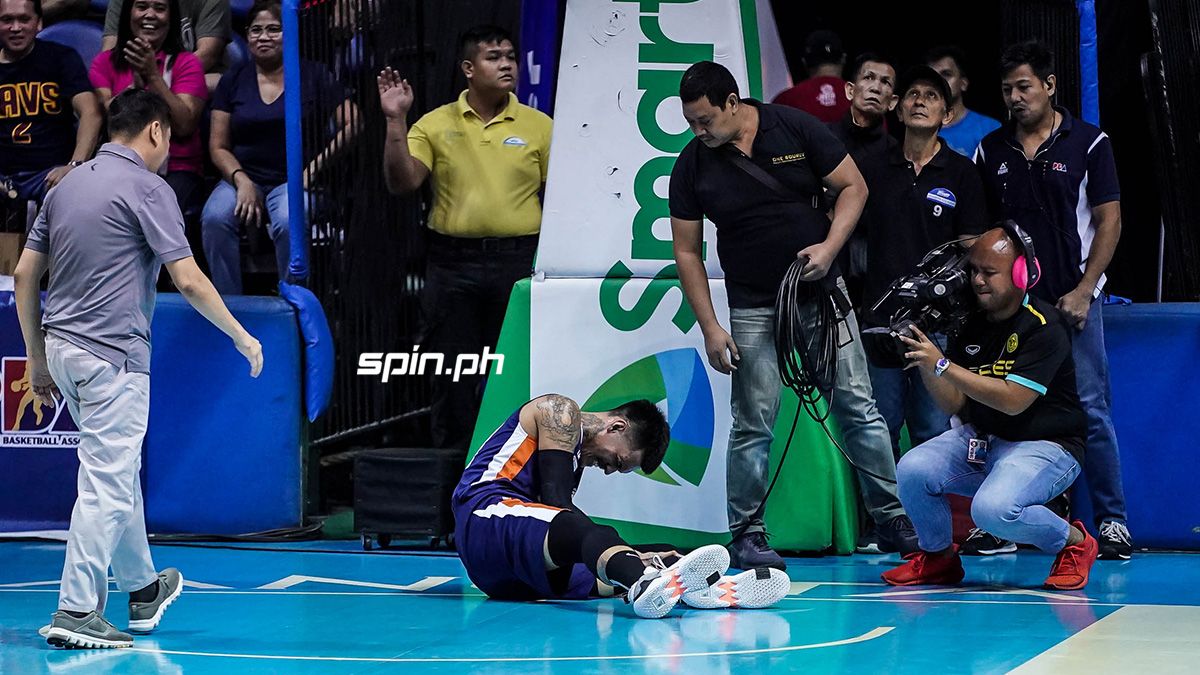 Two nights ago, Raymond Almazan had an almost similar situation to Klay’s. He drove hard to the basket, was challenged and hit in the air, but no foul was called. The bump in mid-air caused him to land in a slightly awkward position with his left leg landing straight. His knee buckled, and he immediately did the grimaced knee grab upon falling to the floor.

An MRI showed that Raymond tore his left lateral meniscus, but his ACL was intact. Now, a meniscal tear will most likely keep him from returning to the current PBA finals series, but his downtime won’t be nearly as long as a reconstructed ACL tear. In all likelihood, he should be back playing by next conference.

So why did Raymond suffer a less devastating injury than Klay, although the situation was similar?

Two things. One, the mid-air contact wasn’t as hard. Two, Raymond didn’t have an existing injury like Klay’s strained hamstring. 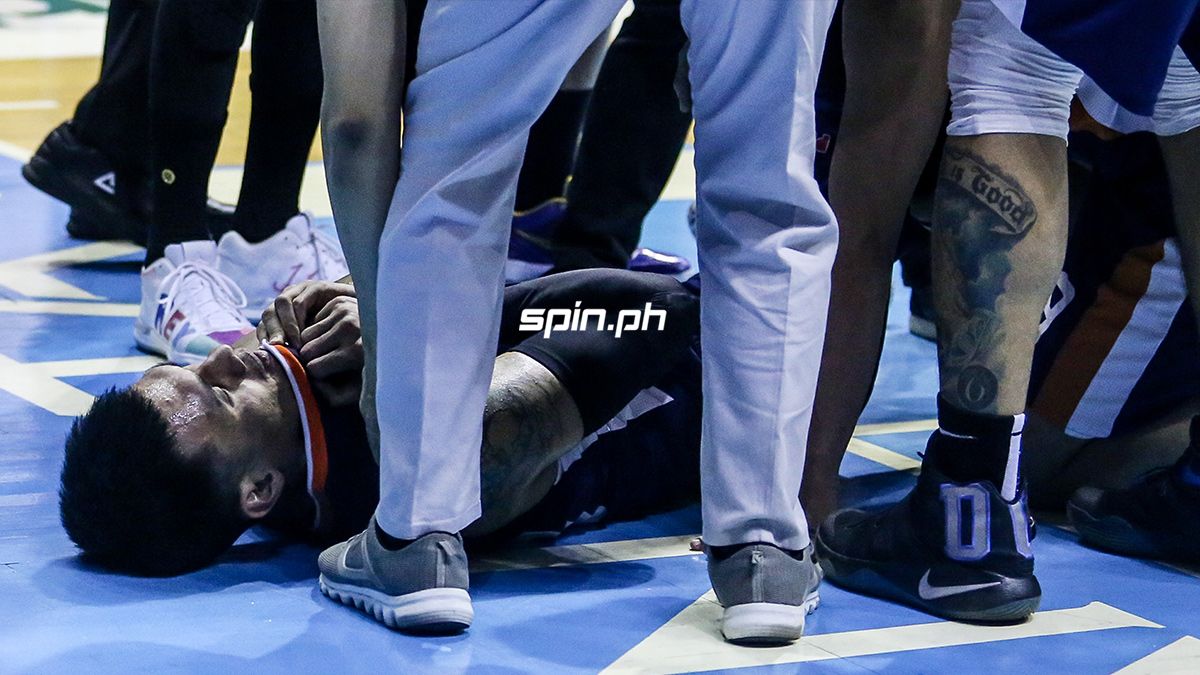 For me, this is the key difference. Playing while hurt can lead to injuring other parts of your body since there are already compensatory movements happening.

This is why the number one priority of strength and conditioning coaches in the professional level should be injury reduction or prevention. Performance enhancement comes a close second. That relatively mundane hamstring strain led to a 30 million dollar mistake for the Golden State Warriors.