From Zion Williamson to Scottie Thompson: The year in signature sneakers

FROM TRAE Young to Zion Williamson to, well, Scottie Thompson, it’s been a banner year for signature shoe releases. For those who want to go to town on the hardcourt, there’s a whole haul of silhouettes to choose from. And with basketball now officially allowed by the IATF (though you’ll have to check in with local guidelines with your LGU), now’s the best time to flex some new kicks.

We could spend all day talking about all the Air Jordan 1s and 3s and 6s and 11s that dropped this year — so we’ll make it easier by narrowing this list to the most recent iterations of an athlete’s signature shoe. (We will make one significant exception to this rule, as you’ll see when you scroll below.) We also didn't include shoes that did not get a wide release from official stores in the country. (Sorry, Xtep JLin One fans.) 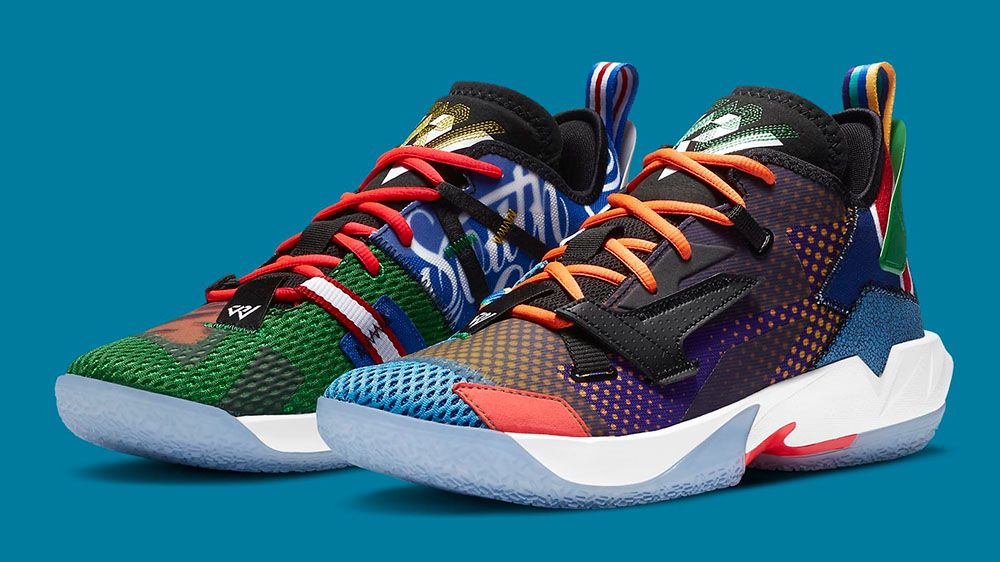 Journeyman Russell Westbrook got another wild entry to his line of Nike kicks. Flamboyant colorways marked the first drops of the Why Not? Zer0.4, though as 2021 progressed more subdued colorways became available, including the AJ-inspired ‘Bred’. Depending on the colorway you score, you’ll get a variety of different textures and materials — but what stays the same is the sturdy, double-stacked Air Zoom Unit… surely big support for Brodie as he made his terrific leap from Washington to L.A. 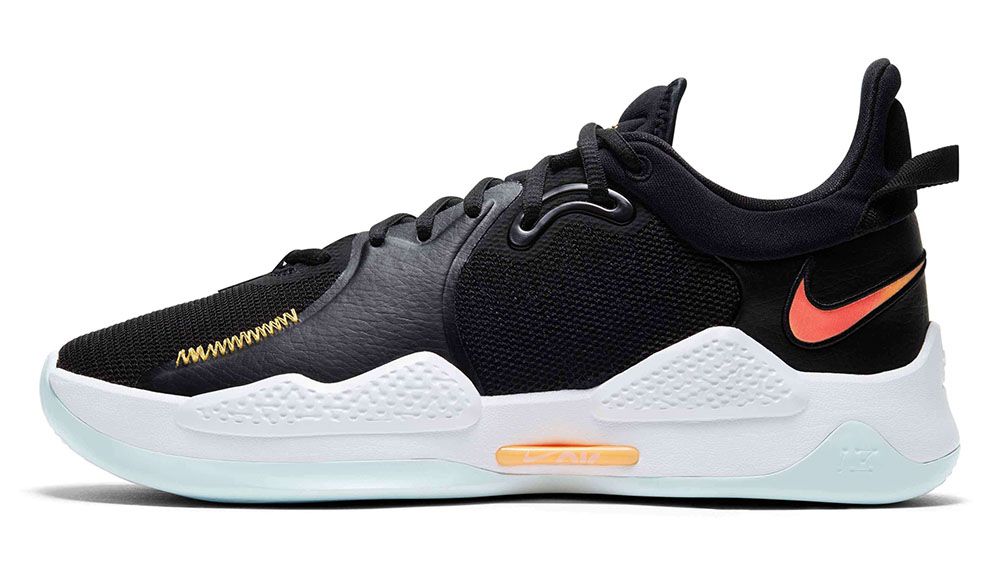 The versatile, agile low-top made its return with the PG 5. The wavy traction from the Kobe 9 joins some heavy-duty cushioning courtesy of the Air Dot Strobel unit, resulting in a bang-for-your-buck shoe. An affordable price point, an abundance of sales, and a host of great colorways will make this a court staple.

Under Armour Embiid One, February 2021 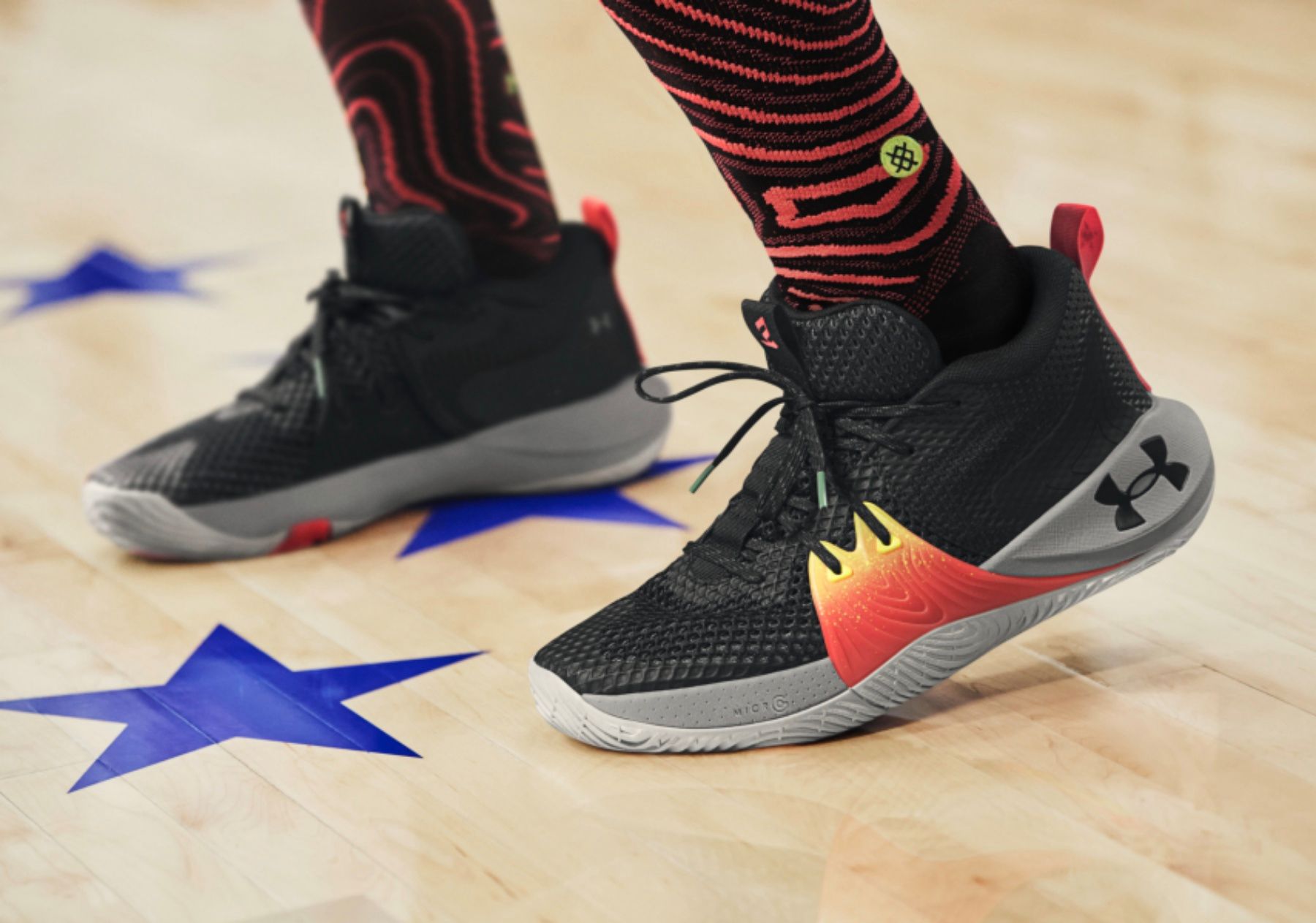 As we await the official release of the Curry 9 here, Under Armour fans will have to stay content with the Embiid One, which was released in the Philippines on February 1. The TPU wings help lock down your foot, while providing the pair’s distinguishing design features. 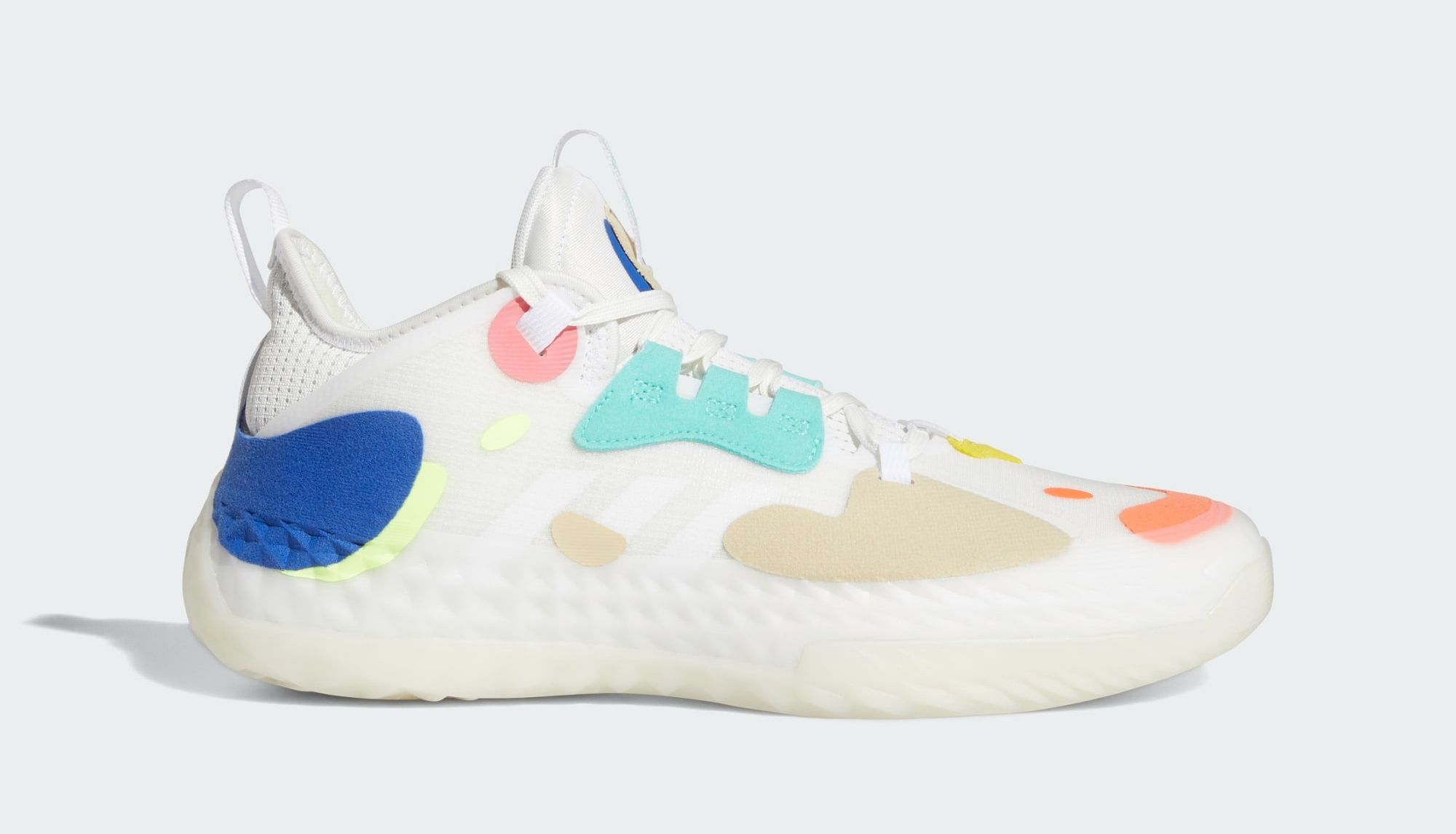 The newest Hardens dropped on February in the Philippines, and immediately made a splash with its cow-spotted colorway. But the platform has proven itself remarkably versatile, with a variety of colorways that hew closer to traditional designs while still staying true to the silhouette’s cutting edge looks. Pinoy artist Quiccs also designed his own official take on the Harden Vol. 5 called the 'Manila Heritage', which was worn by Harden in Game 3 of their series against the Celtics. 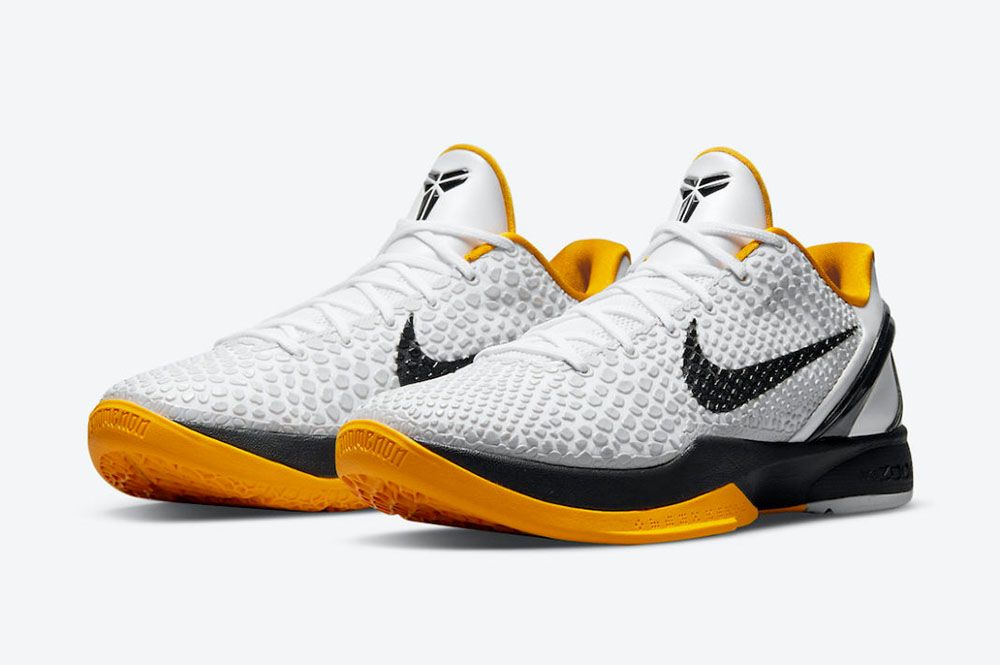 Ah, here it is. The one exception to our rule. Why? Because it’s Kobe.

Sentimental value aside, the estate of Kobe Bryant launched the sneaker world into a frenzy when both Vanessa Bryant and Nike announced on April 20 that the contract between the Swoosh and the late Lakers star would not be extended. Reports added that Kobe’s widow was unhappy with the extension terms, as well as frustrated with the overall availability of the shoes.

ESPN’s Brian Windhorst reported in November that the Bryant estate and Nike are still in discussions, but, for now, no more Kobes are being produced.

The Kobe 6 Protro ‘Del Sol’ dropped in the Philippines in the middle of the brouhaha, and made demand for these kicks even higher than ever. 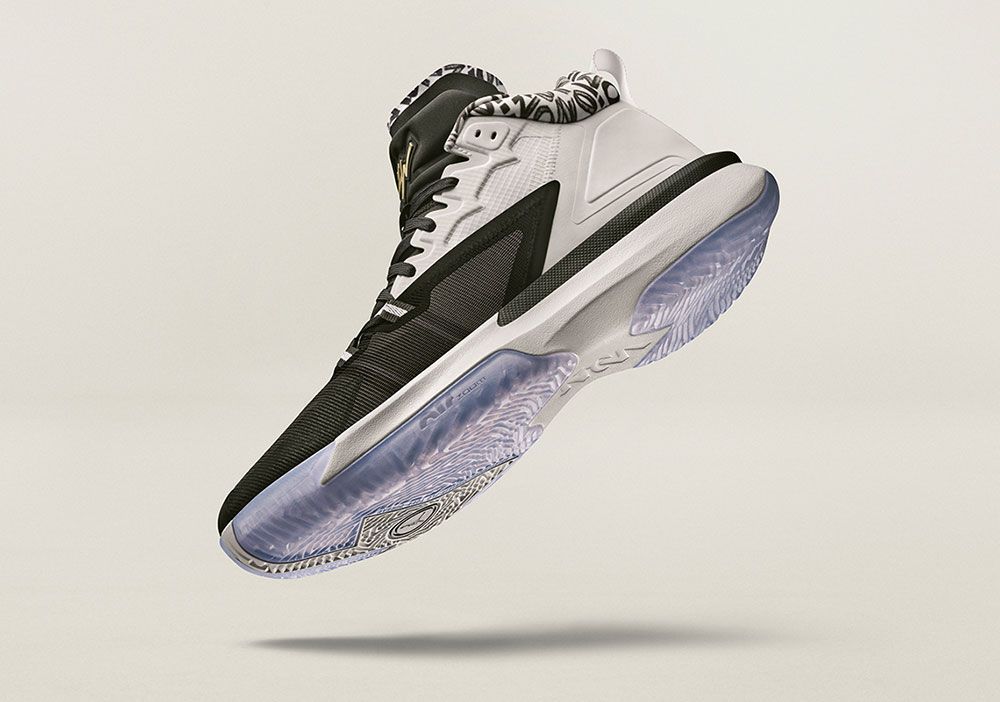 Zion Williamson has not seen a lot of action so far in the season, which has taken a bit off the shine of his first signature shoes. But praise has been heaped on his Jumpman kicks, with the buttery cushioning turning out to be its best feature. As Spin.ph’s Aeus Reyes wrote in his review, “For players who love wearing big man shoes, I would highly recommend this as it gives that same feel without being as cumbersome to wear.”

Straps were a big deal this year. The KD 14 — the latest in Durant’s long-running line of kicks — brought back the midfoot strap last seen in the KD 7s, but with a slick arch to it that ends in the Nike Swoosh. While it released globally in late April, Nike Park Access announced the Philippine drop in Nike Fort on June 12. 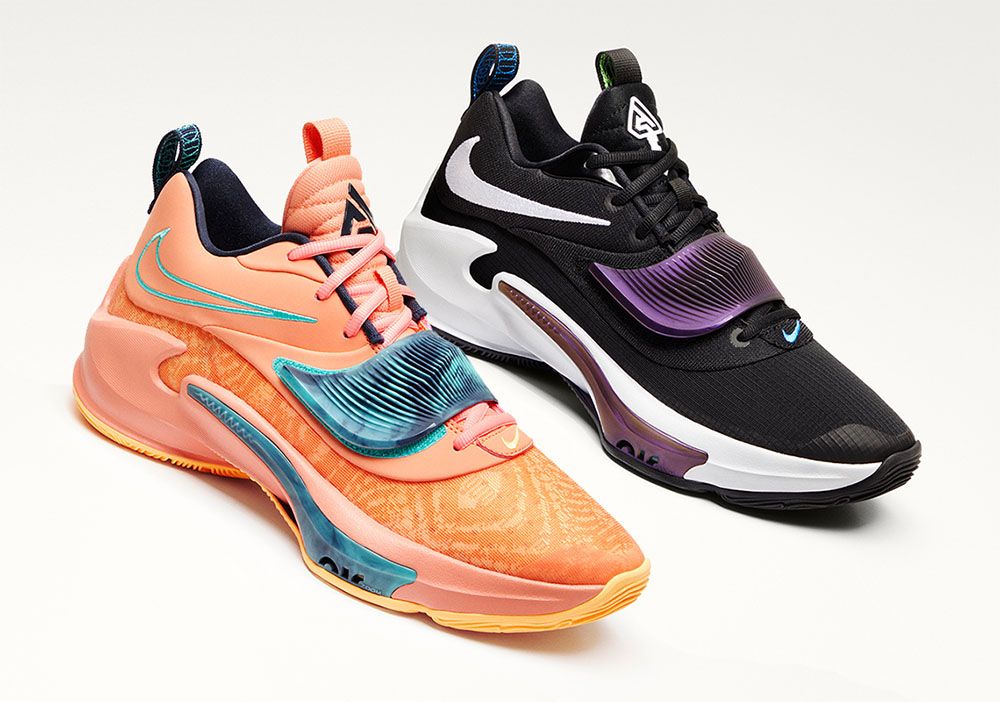 The timing of this shoe’s release was impeccable. On the cusp of the Milwaukee Bucks’ crowning as new NBA champs, Nike announced the drop of the newest edition of Giannis Antetokounmpo’s signature kicks. A big departure from the Zoom Freak 2, this one notably bears a forefoot strap, as well as an engineered fabric for breathability. Zoom Air units under the ball of the foot provide responsiveness and cushioning. 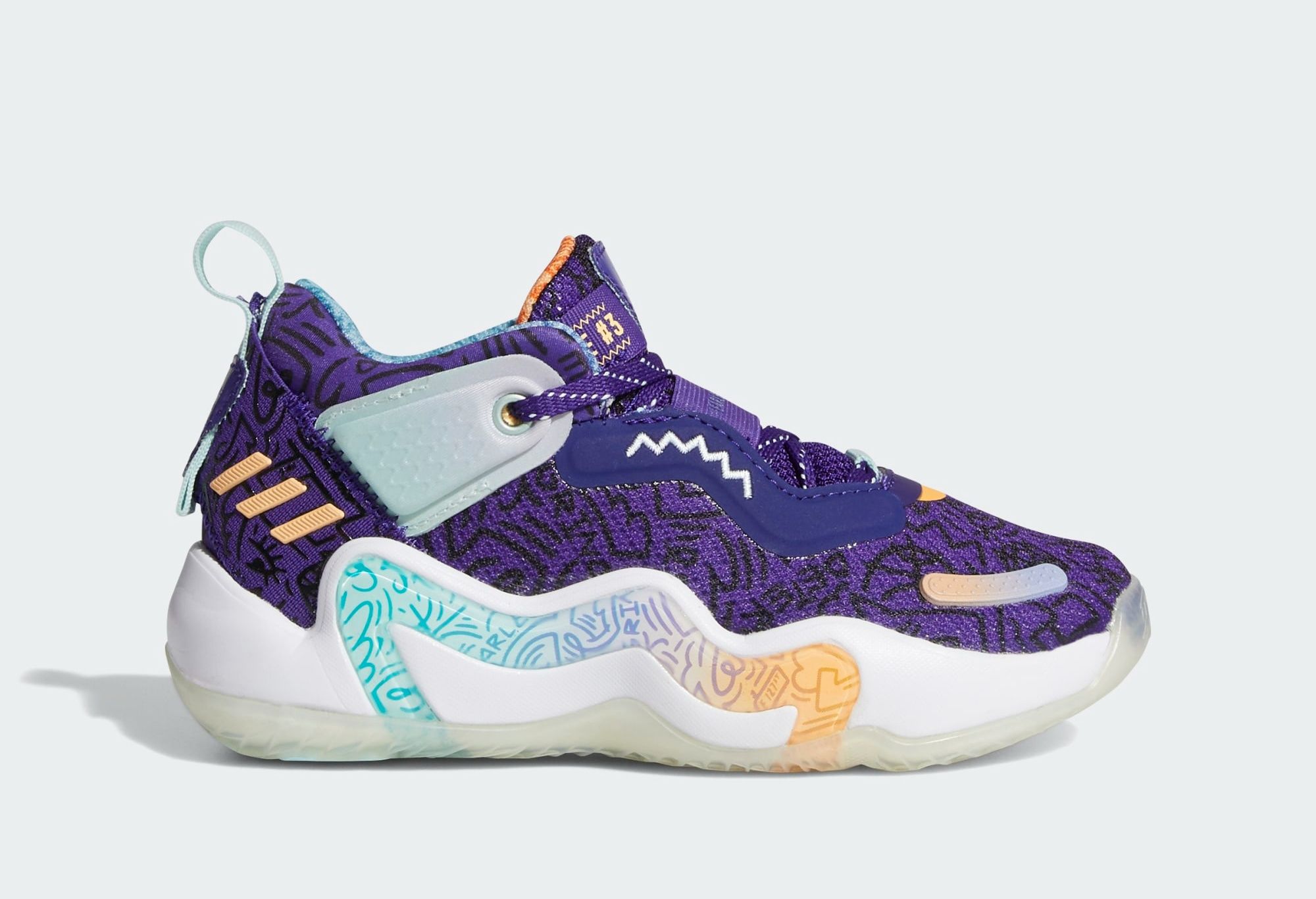 Donovan Mitchell’s latest signature sneakers toned down the sunburst design of the Issue 2s, and swapped out the Bounce cushioning for Lighstrike. The printed graphics on the uppers allow for some crazy-looking colorways, including a truly unexpected (but much welcome) Fresh Prince of Bel-Air collab. 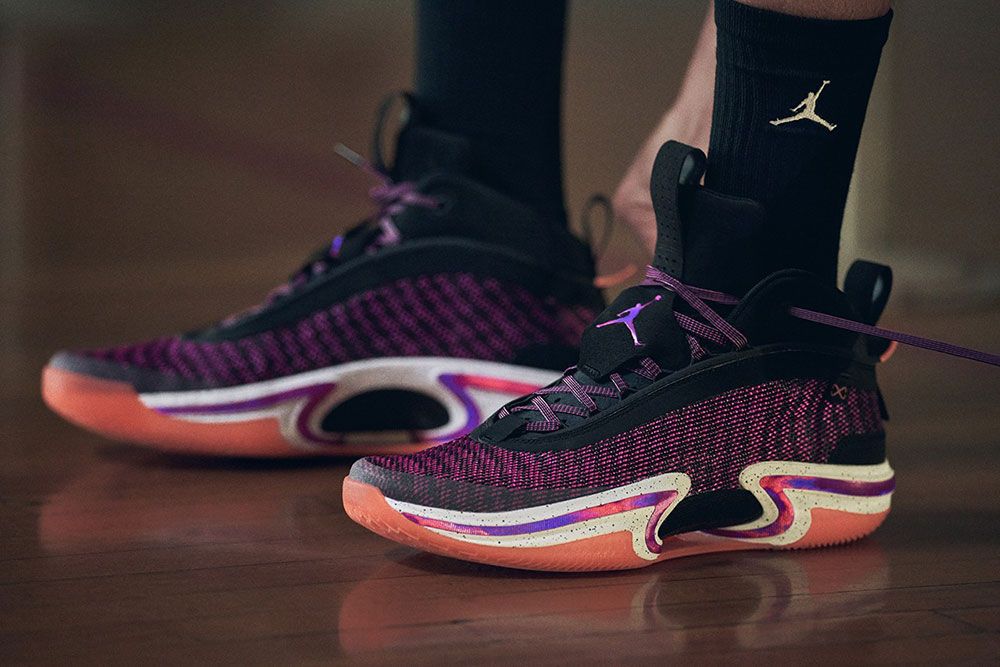 The AJ36 carries forward the Eclipse Plate technology that debuted in the 34s, but in a more discreet profile. Cushioning aplenty is tucked under the hood, from a full-length Zoom Air strobel to a Zoom Air forefoot unit. A jacquard-leno weave doesn’t just provide breathability, it also allows designers to bake in subtle design elements. Jordan Brand endorsers Luka Doncic, Rui Hachimura, and Jayson Tatum got their own dedicated PEs. 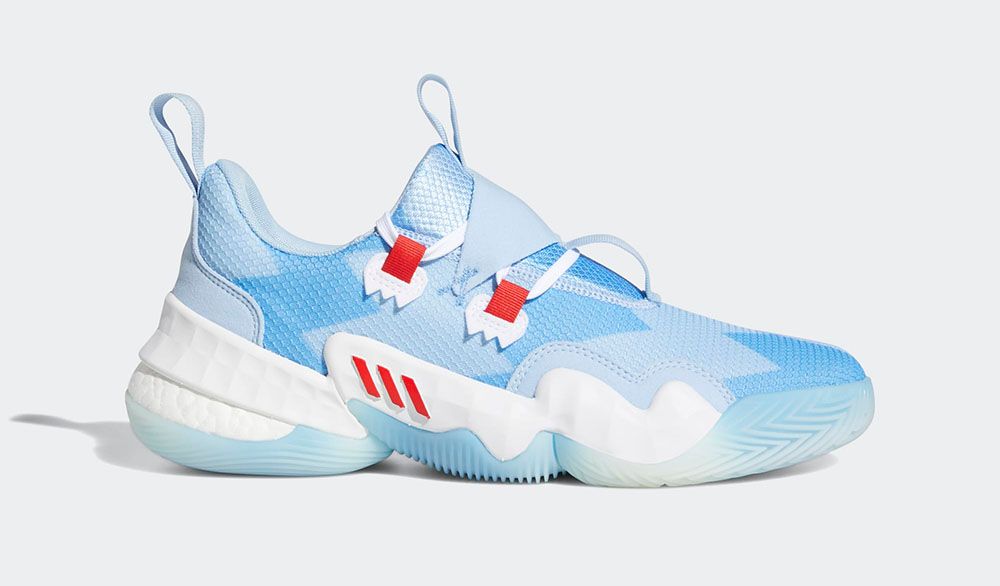 A laceless construction, a grippy outsole, and some seriously cool colorways made Trae Young’s first signature shoe a real contender in the signature shoe scene. Boost on the heel and Lightstrike all throughout cover you in the cushioning department, while the booty construction wraps securely around your foot, even without the included laces. 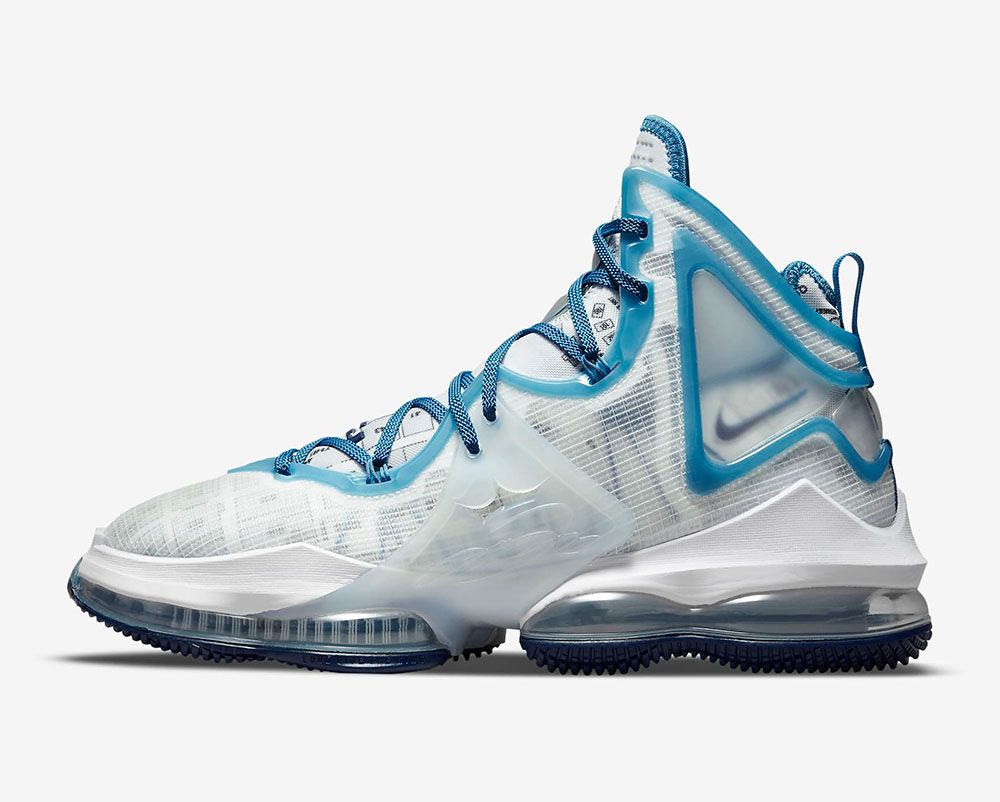 First teased in Space Jam: A New Legacy, the LeBron 19 officially dropped here in mid-November, in the bright orange Tune Squad colors and a more subdued blue-and-white number. Under the hood, there’s a kingly amount of cushion: Air Max on the back, Zoom Air on the front, and lots of air bubbles on the sides and the tongue. It also ditches the knit upper for a translucent mesh, and features an overlay where the laces go around for a more secure fit. 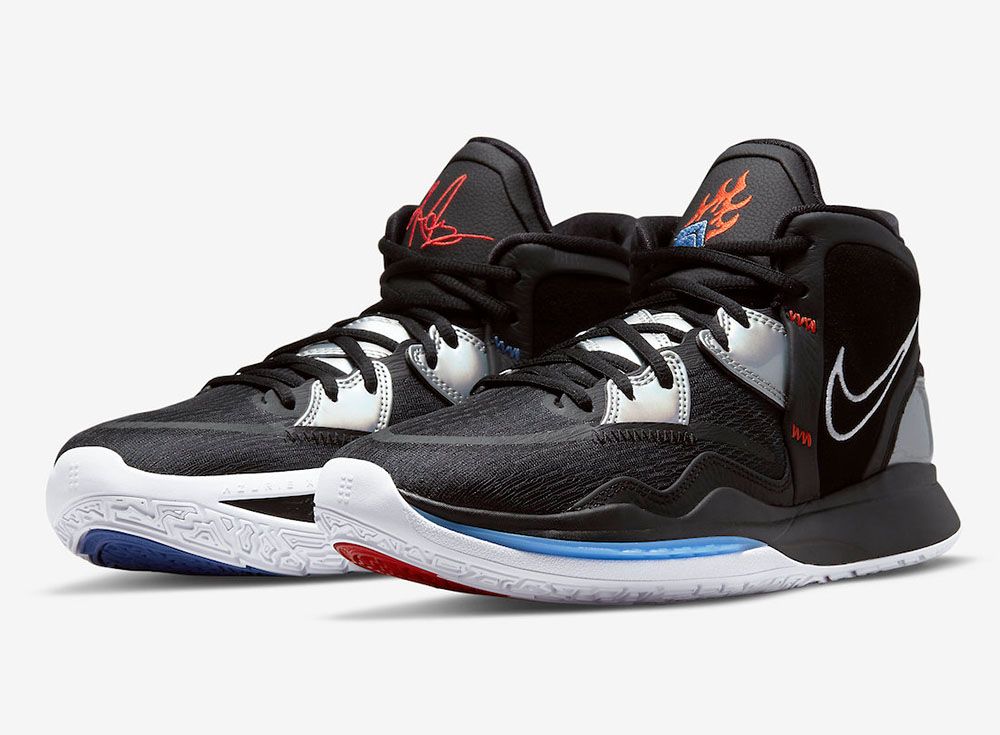 Kyrie Irving famously disowned the 8s when they leaked earlier this year, claiming that he had no design or marketing input of any sort on the shoes that bear his name. The mercurial superstar added, “IMO these are trash.” (Irving later followed up with a very PR-friendly statement a few days later.)

Trash or not, Nike is leaving up to buyers to decide. It seems to be a refinement of the 7s, gentle curves to contrast with the latter’s scalloped edges. The medial panels are more emphasized in this latest edition, promising a more secure fit. 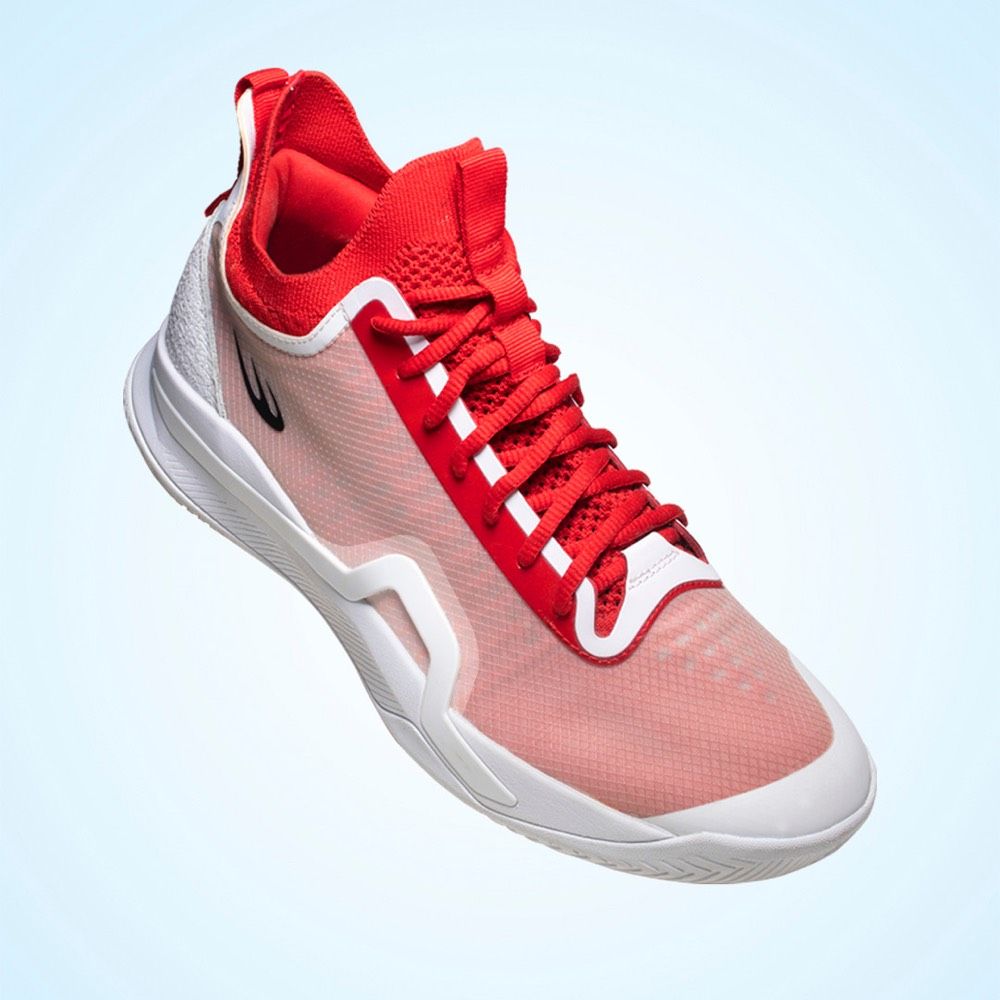 The release of Scottie Thompson’s first signature shoe with World Balance was marred by a flood of comments regarding the Ginebra star’s love life. Tuning out all that noise, however, World Balance is banking on Thompson's star power to make its mark on the local performance shoe scene, having tested it out extensively across two conferences. The Scottie 1 features the brand's S-Ride cushioning, as well as lateral sway bars and a torsion plate for support. 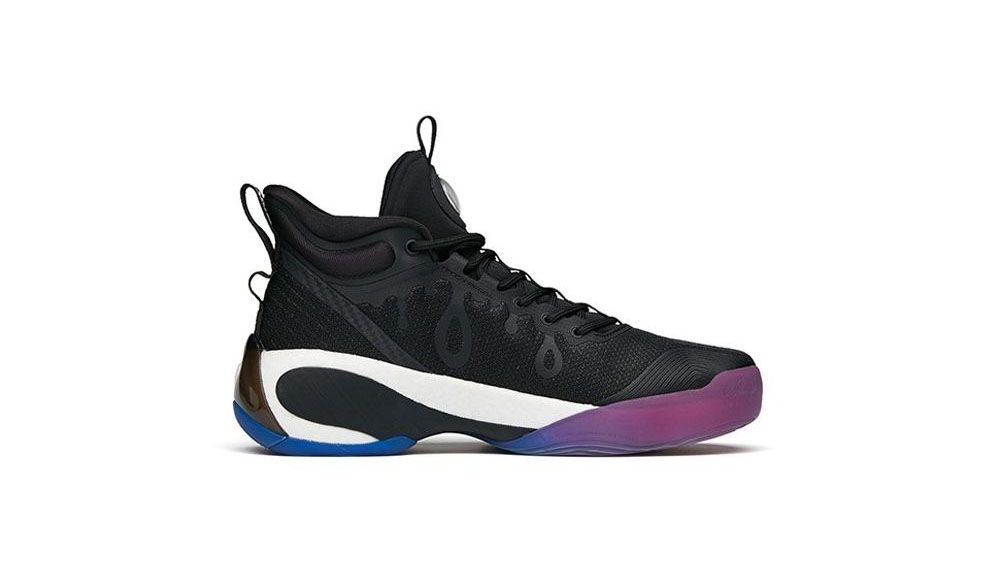 In anticipation of Klay Thompson’s eventual return, the Chinese shoewear brand has dropped the latest edition of the KTs. The lateral counter forms a big part of the design, descending like a wave down from the heel and into the midfoot while also locking down your feet for extra stability. Anta’s full-length and very thick Nitro Speed cushioning runs all the way down the sole. 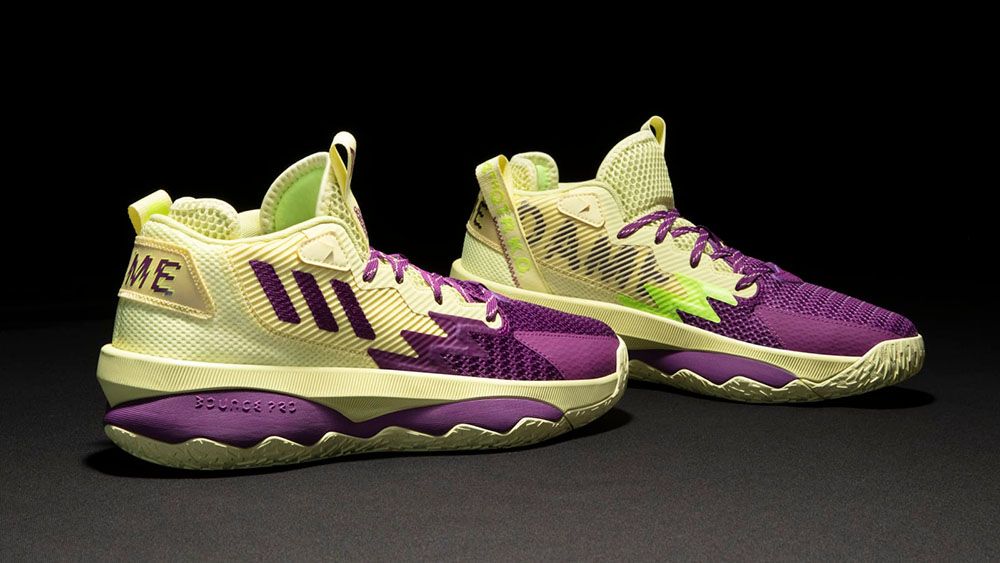 Talk about a buzzerbeater. Adidas Philippines announced the release of the Dame 8 just today, December 28, in the purple-and-yellow '4th Quarter K.O.' colorway. The Dame line returns to Bounce cushioning, as well as a unique traction for more court control. In terms of design, the relatively subdued look of the 7s get an electric revamp here, with lightning bolt touches and Dame's name spelled out all across the uppers.