The chunky sneaker junkie's guide to 10 best and newest pairs

IT appears that chunky sneakers are here to stay.

What were once dismissed by many as a “dad fad” last year have continued to proliferate on shopping malls, even parks and recreational areas everywhere. This refixtu of athleisure is the compromise between the bulky appeal of basketball shoes and low-key charm of running footwear.

Chunky shoes were originally intended for fitness purposes, so don’t be surprised if you see people jogging or working out in them. This could also mean that those who strut in them have money to burn, for some trainers tend to cost an arm and a leg.

But they're apparently here to stay as these newest chunky options to hit the sneaker market prove. The models below are basically your father’s shoes while you were growing up — only less boring and actually wearable even by you. 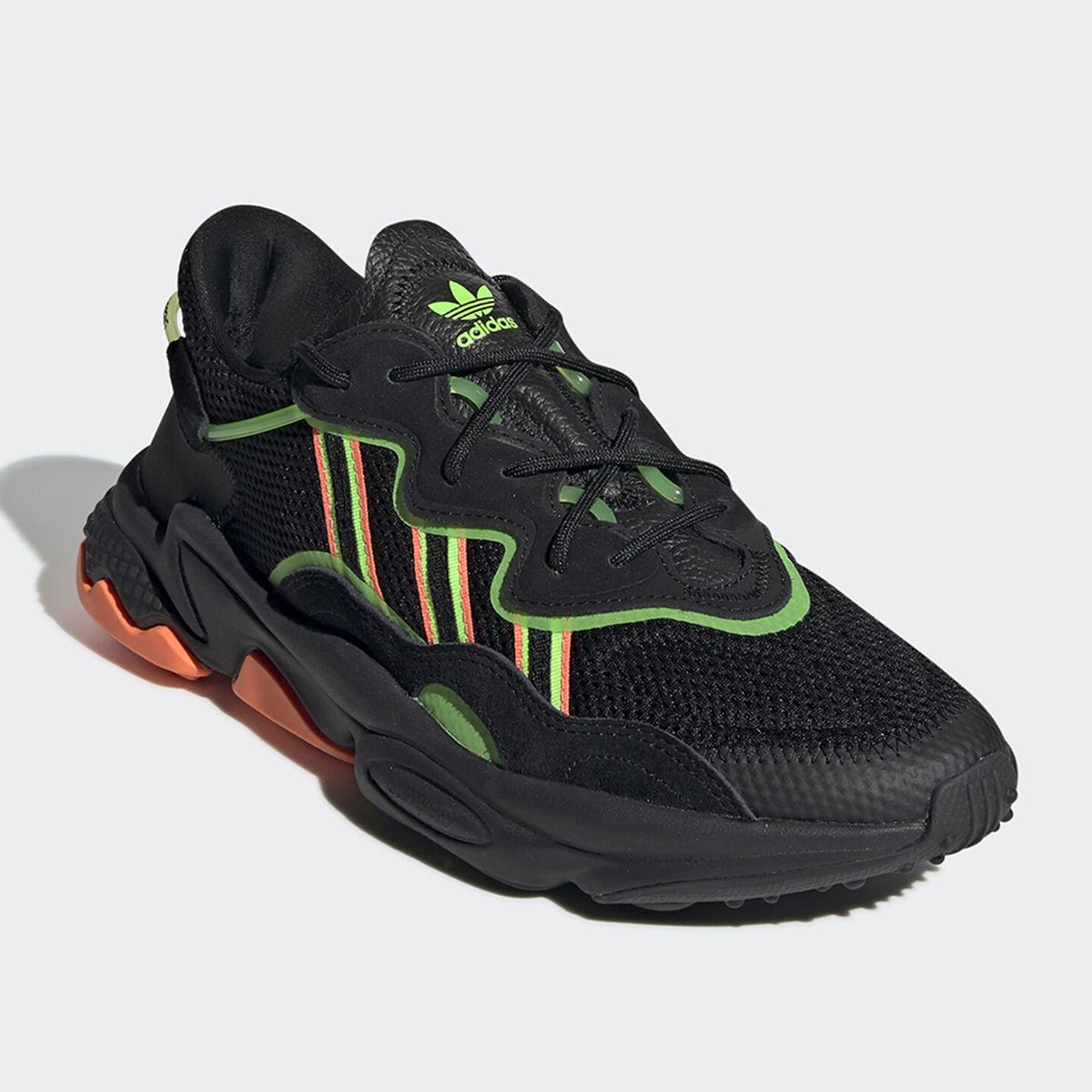 If you miss the Trefoil Brand styles from the late ’90s, this reboot of the adidas Originals is more than a piece of nostalgia. Neon orange and green neon details lights up the “Core Black” base and adiPRENE midsole for that sleek contrast you're going for. The latest colorway of the Ozweego will be first available on August 8 via adidas.com and later retail for around P6,000.

Forbes recently allowed Kanye West to flex unreleased Yeezy samples and prototypes, one of which can be copped soon as per Yeezy Mafia. The “Magnet” version of the Yeezy Boost 700 resembles the original “Wave Runner” colorway, only with a grey and orange makeup, not to mention a gum sole and yellow liner. Release details to follow. 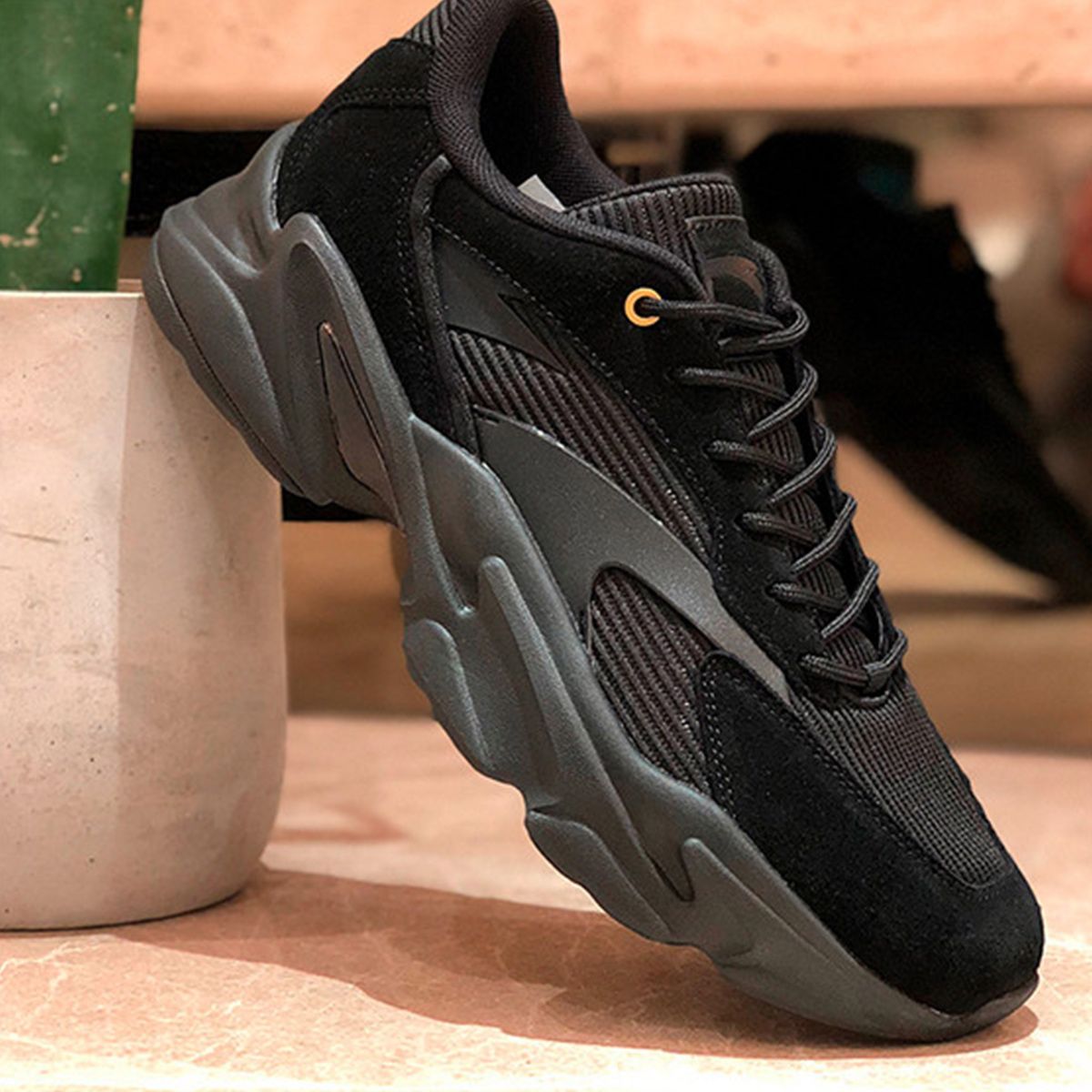 For those who can’t get enough of the previous ASICS GEL-LYTE III and GEL-Diablo collabs, the Japanese brand has recently teamed up with streetwear authority KITH for another fresh take on a timeless model. The “Oasis” Gel-Kayano 5 mixes a clean white mesh structure with pastel hints to come up with a warm aesthetic. Release details to follow. 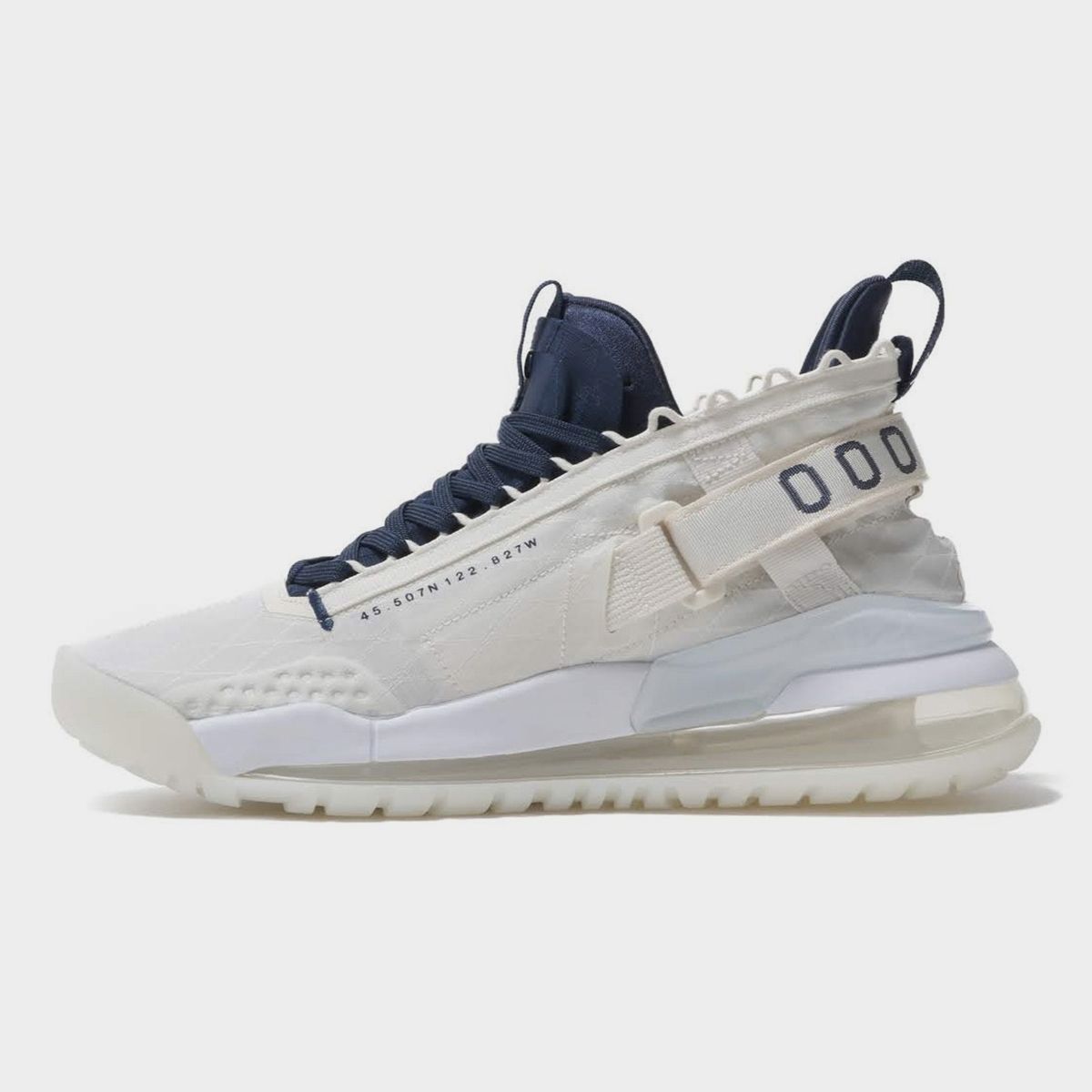 The Proto-Max 720 is the lone shoe in this list that can you can actually ball in — never mind its P9,000 price tag. The bootie was inspired by outer space flight, thus the Nike Air-cushioned small step for man. Jordan just released a Pale Ivory/Midnight Navy scheme in Japan and the US, but the red-black Proto-Max can be purchased through nike.com. 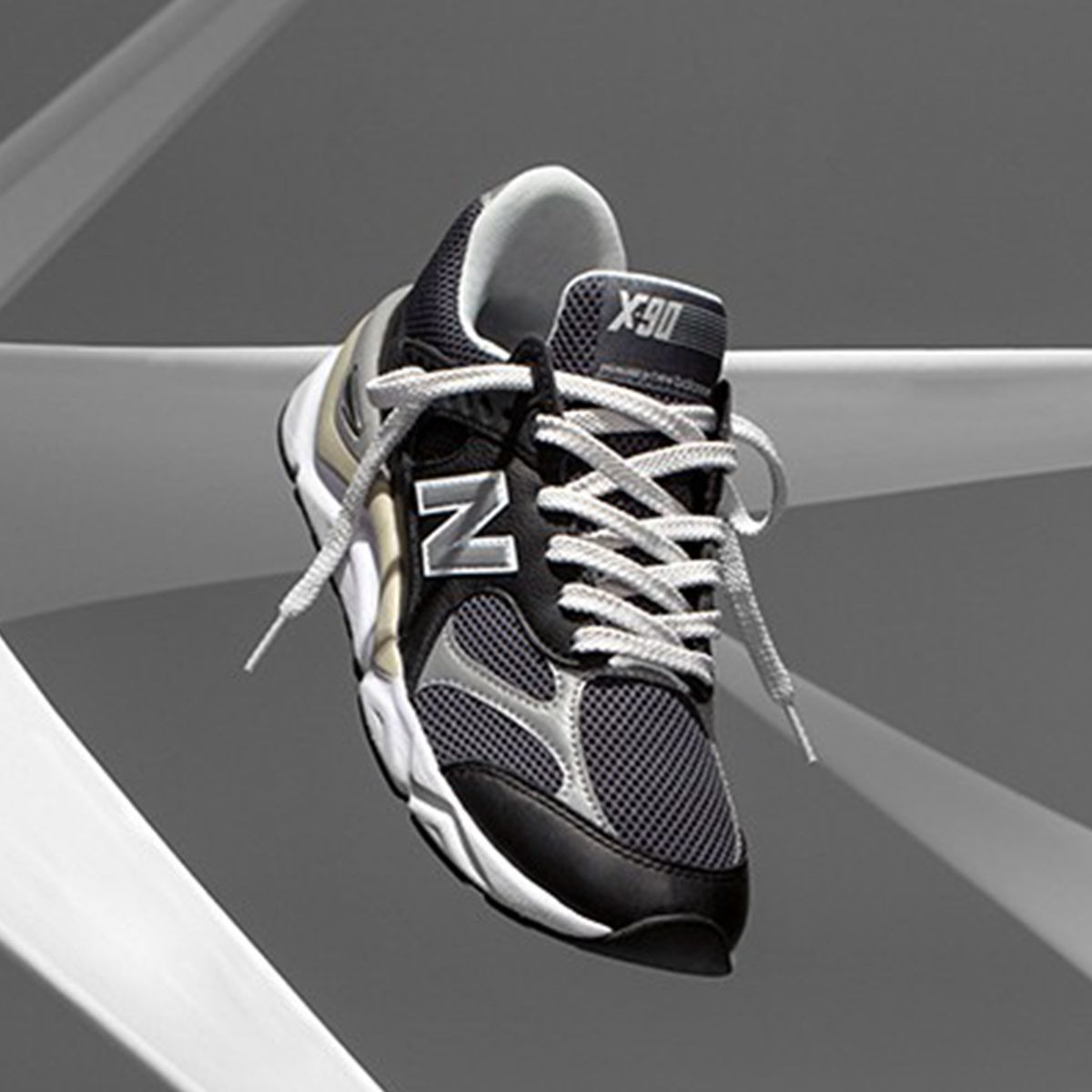 New Balance may not offer the chunkiest option out there, but its latest pack encapsulates the old-school feel of muted-colored dad shoes of yore. Inspired by the 99x series, these “Reconstructed” pairs commemorate the eponymous decade of New Balance. You can find more colorways of the X-90 other than “Reconstructed” on the official online store. 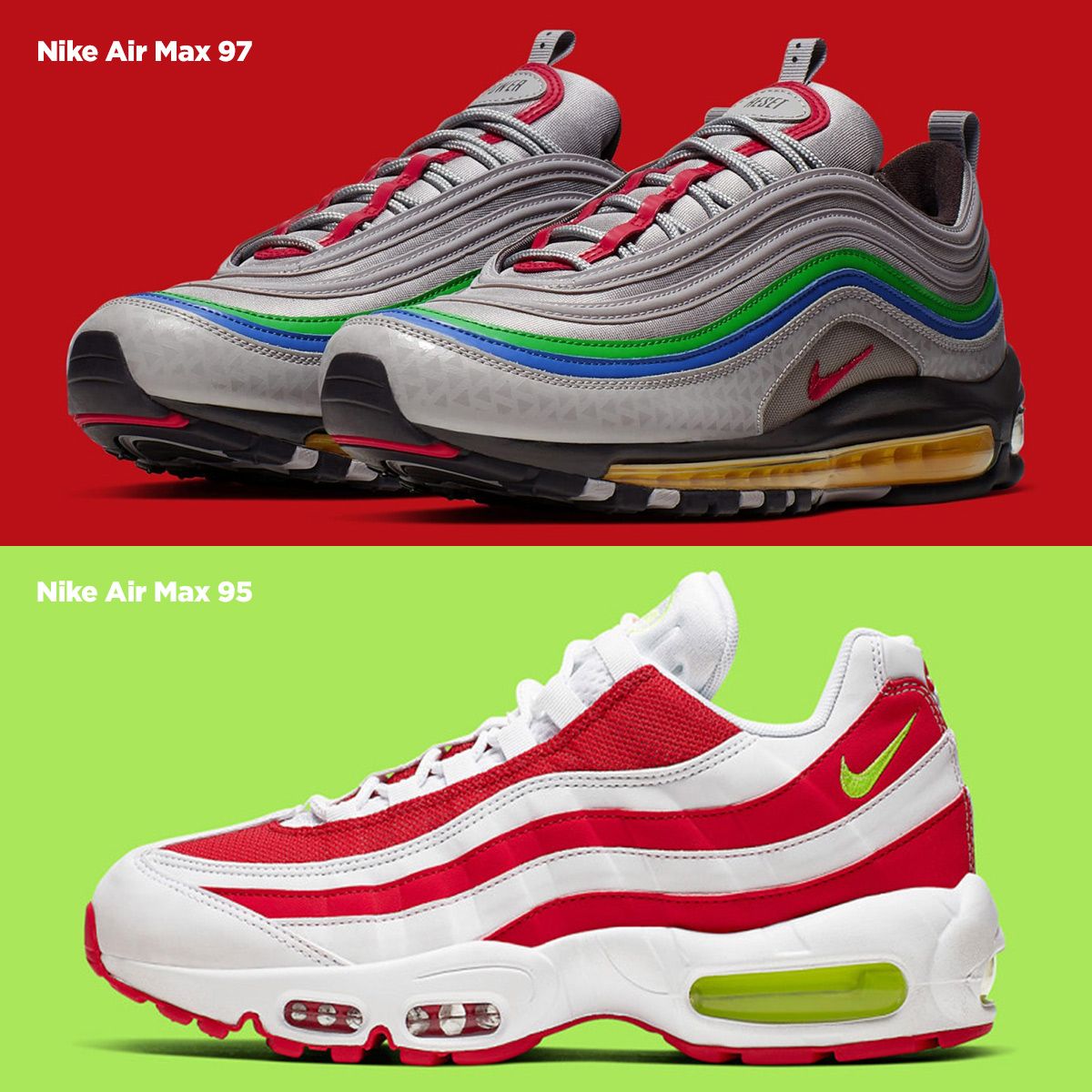 These two alien-looking models are said to be the unsung pioneers of this crazy sneaker trend, judging by the number of heads turned upon initial release. The 95 recently unveiled a bright red-white-volt scheme, while the 97 will take gamers to a trip down memory lane with the controller-themed “Nintendo 64” Air Max. Release information to follow. 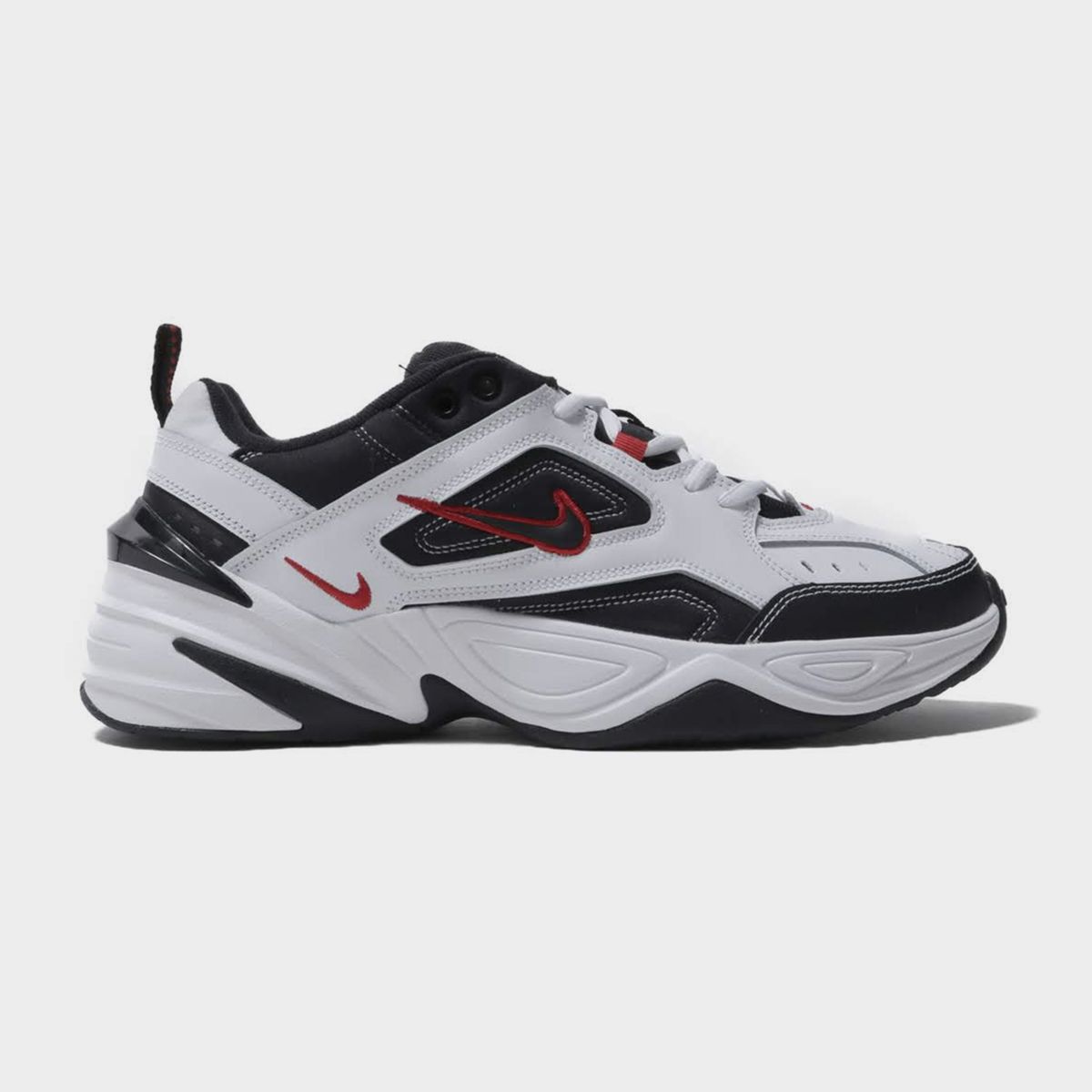 The M2K Tekno has found success with its all-white “Monarch” iteration, but it doesn’t mean a couple more shades would disrupt the contemporary appeal of these Nike runners. The black, white, and red tones, as well as geometric detailing give the silhouette that layered yet minimalist aesthetic. Check out nike.com for more styles 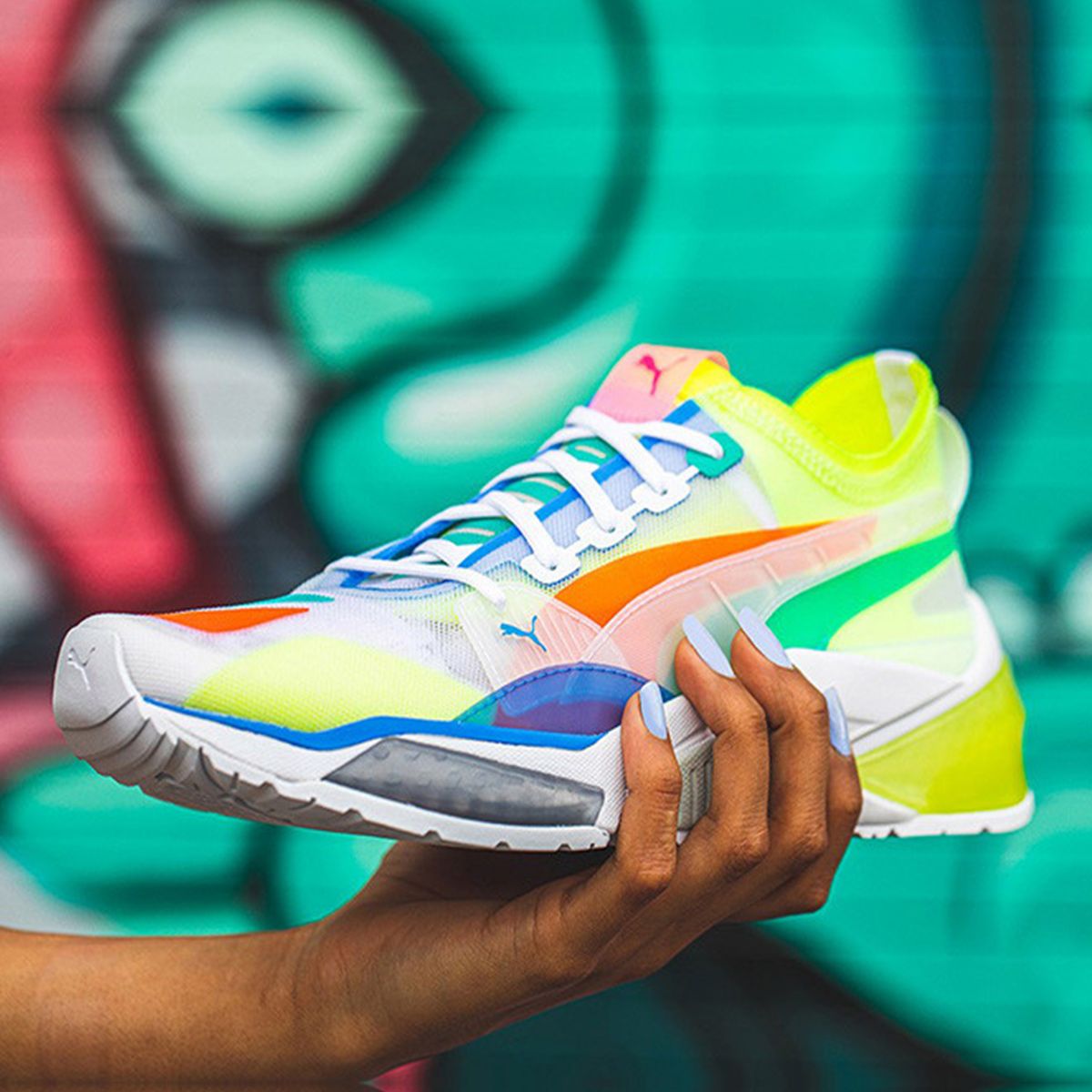 The most recent offering from the LQD Cell line is a loud and see-through rendition of PUMA’s relatively slim concept of a dad shoe. The hexagonal sole unit is overshadowed by the vivid assortment of neon tints, which are protected and highlighted by translucent panels. The PUMA LQD Cell Optic becomes available a few days from now for around P5,500. 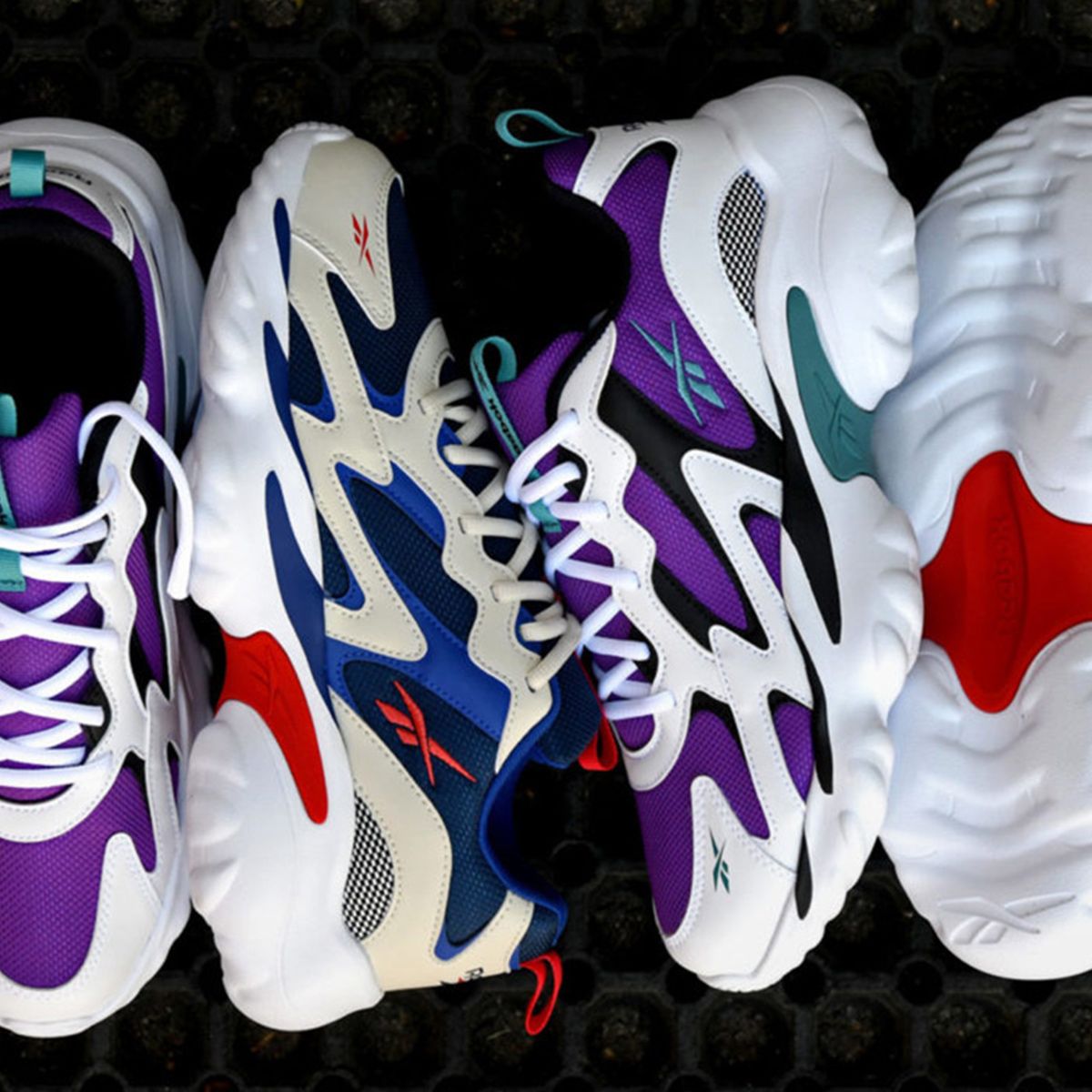 Reebok turns back the clock with its retro-themed piece, complete with intricate segments and contrasting hues that bring to mind previous decades. The limited DMX series 1000 will come in blue-red and purple-aqua color blockings on neutral bases. Expect more announcements regarding the upcoming release from retailers and Reebok.com.