Preview: What the SEA DPC Winter Tour will look like for PH teams

THE 2021-2022 DPC Southeast Asia Winter Tour starts tomorrow with 22 Pinoys competing in the Upper Division, while another 11 will start their road to The International 11 in the lower division.

Unlike the previous DPC season, the Winter Tour (which begins tomorrow) will feature the biggest shakeup in the region with storied organizations like TNC Predator, Boom ID, and Fnatic fielding new rosters following the offseason transfers. 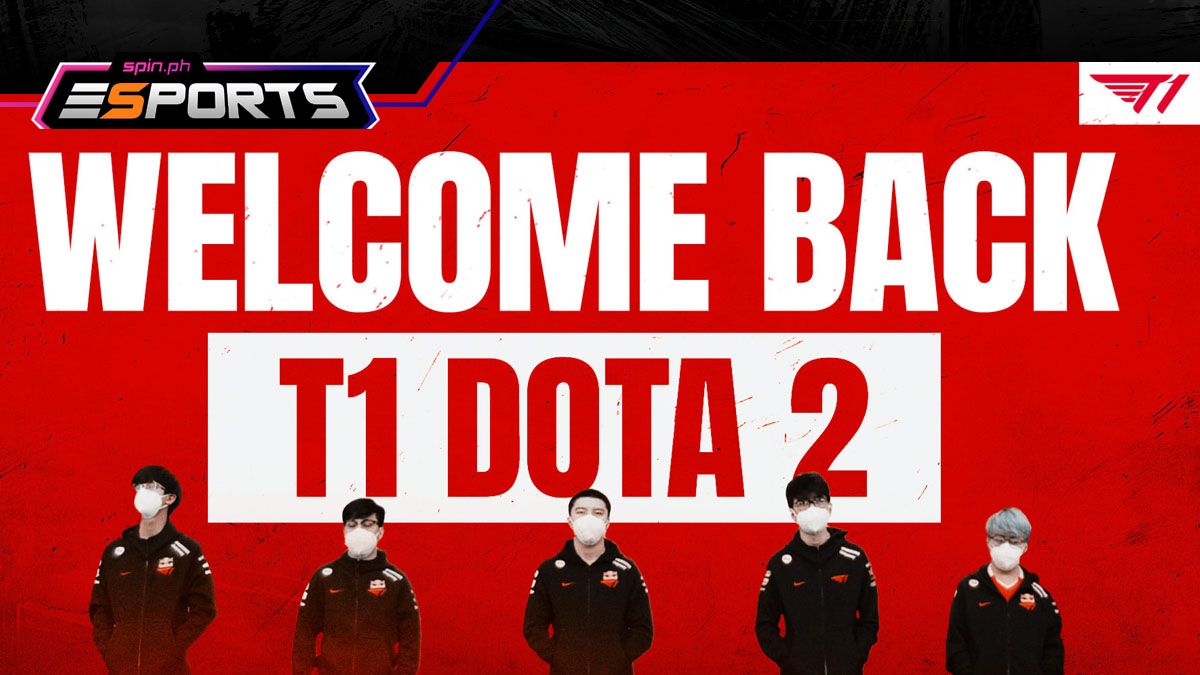 Carlo “Kuku” Palad and Karl “Karl” Baldivino’s journey in T1 last season was great, to say the least. The organization earned its first Major appearance at the Singapore Major after their third-place finish in the first DPC season. With the help of captain Kuku and the arrival of Thai carry Nuengnara “23Savage” Teeramahanon, T1 found their form to finish as the region’s top during the last DPC season, going as far as third in the AniMajor to earn their spot for their first TI. They ended their season at a 7th-8th place in the organization’s first The International appearance.

T1 is one of only two squads (the other being Thai team Motivate Trust) to retain their whole roster for the new DPC Season. With a whole season's worth of experience behind them, T1 remains to be a favorite to stand atop the SEA region in the first tour. 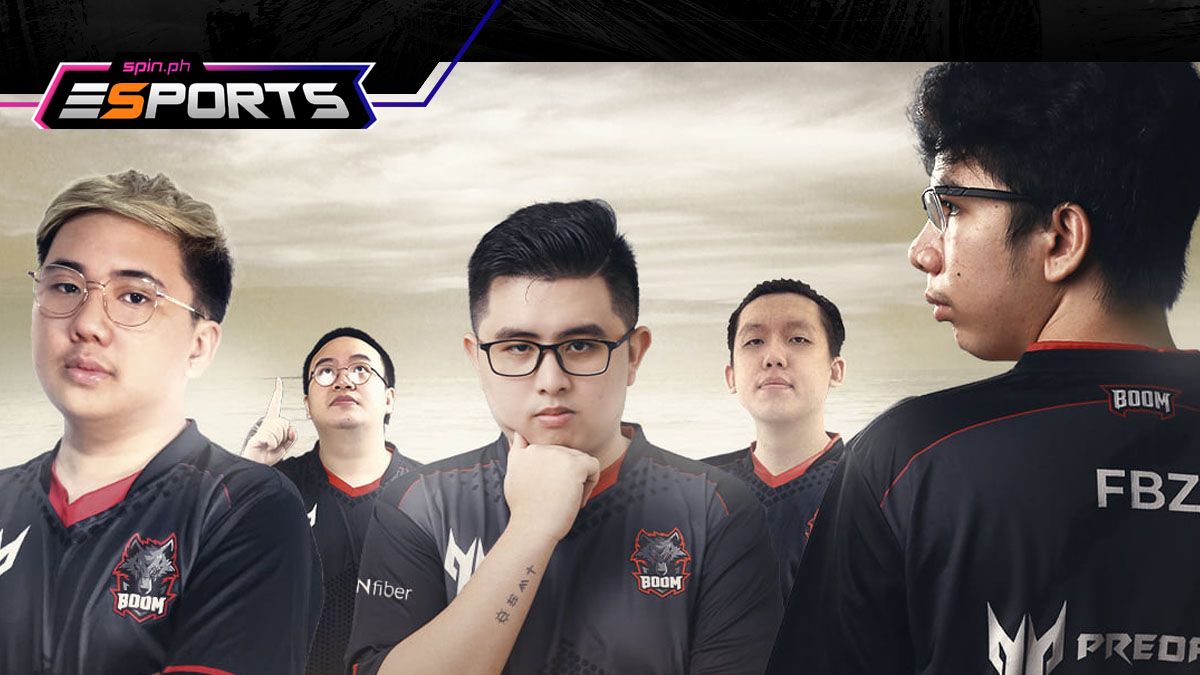 From Boom ID to Boom Esports

Boom Esports had long been the bastion of Indonesian Dota 2, fielding a full Indonesian squad since they entered the scene in 2017. But, the recent SEA shake-up saw the team quietly building a Pinoy super team signing Andrei “skem” Ong, and Erin Jasper “Yopaj” Ferrer from OB. Neon, Justin “Tino” Grimaldo from Omega, and Timothy “Tims” Randrup from TNC Predator during the offseason. And let's no forget, they also signed up SEA Dota 2 legend Mushi as the team’s coach.

This new look Boom Esports had been impressive in the offseason, sweeping the BTS Pro Series Season 9: Southeast Asia playoffs, and more recently pulling off a massive comeback to win the Mineski Masters. With how the squad is currently playing, their momentum would definitely lead them on the leader boards of DPC Sea. The squad almost missed Division I, but thanks to Omega’s disqualification they were given the final slot. 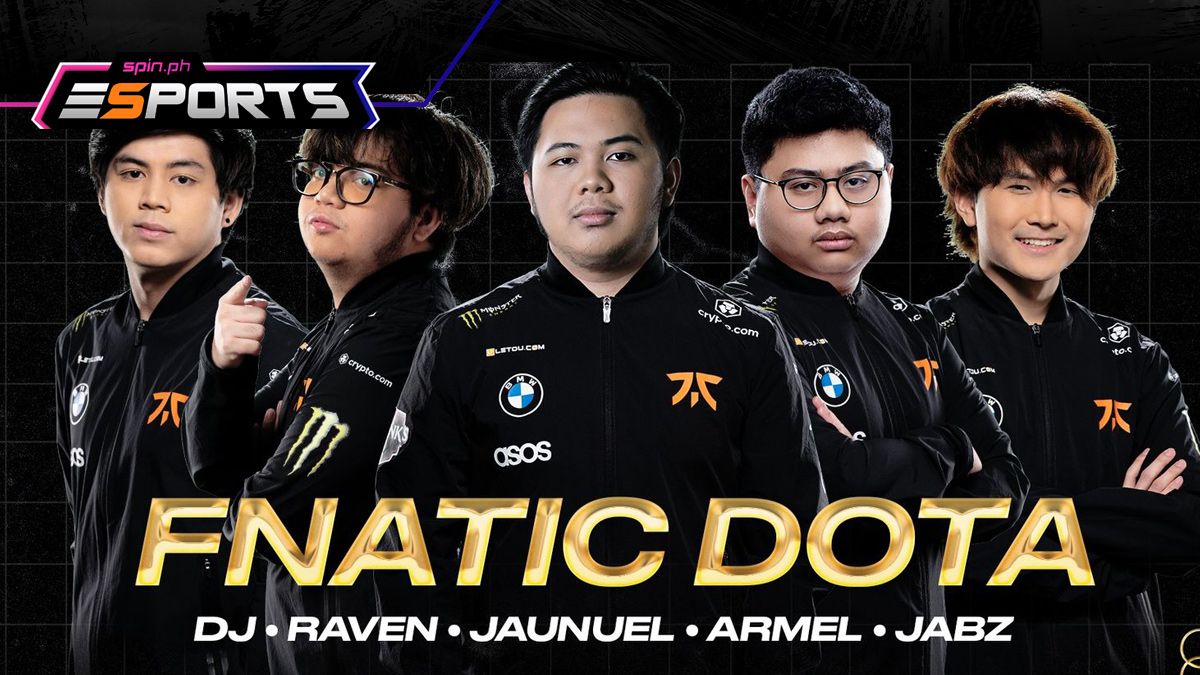 After what can only be described as a rollercoaster season for Fnatic, the squad has revamped its roster, bringing in Armel “Armel” Tabios from TNC Predator and Jaunuel “Jaunuel” Arcilla from OB. Neon. It will be a reunion for Armel and Fnatic’s carry Marc Polo “Raven” Fausto, who played together in TNC. With the arrival of Jaunuel, captain Jabz will make a switch to the offlane.

Fnatic ended the last season with a 9th-12th place finish at the International, not the greatest nor their worst finish at the event. It should be noted that they needed to reverse TNC Predator in the last chance qualifier to qualify for the event after failing to grab a spot in the AniMajor. 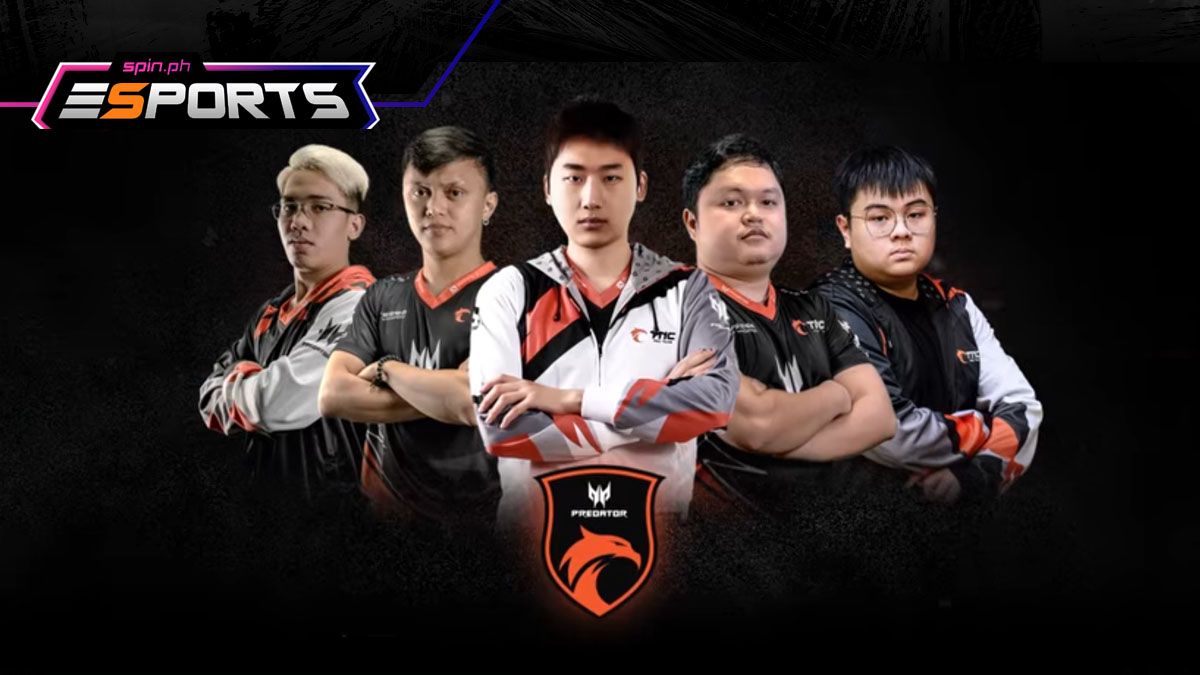 It’s a new era for the boys of TNC. After spending the last four to five years with almost the same core, the organization will be fielding a new set of talents for the incoming season led by former coach Kim "Febby" Yong-min. The squad has signed young talents in the form of Pinoy upcomers Levi “YoungGod” Lagaret and Yuri “Yowe” Pacacaña, as well as Malaysian Lee “X1aOyU” Qian Yu. Rounding out the new squad is former OB.Neon support Prieme “PlayHard” Banquil.

There’s still a lot of questions about this young squad. Their only games so far have been at the Logitech Showmatch, where they lost against OB. Neon, and then another outing at the Mineski Masters where they finished at 5th-6th place along with OB. Neon. 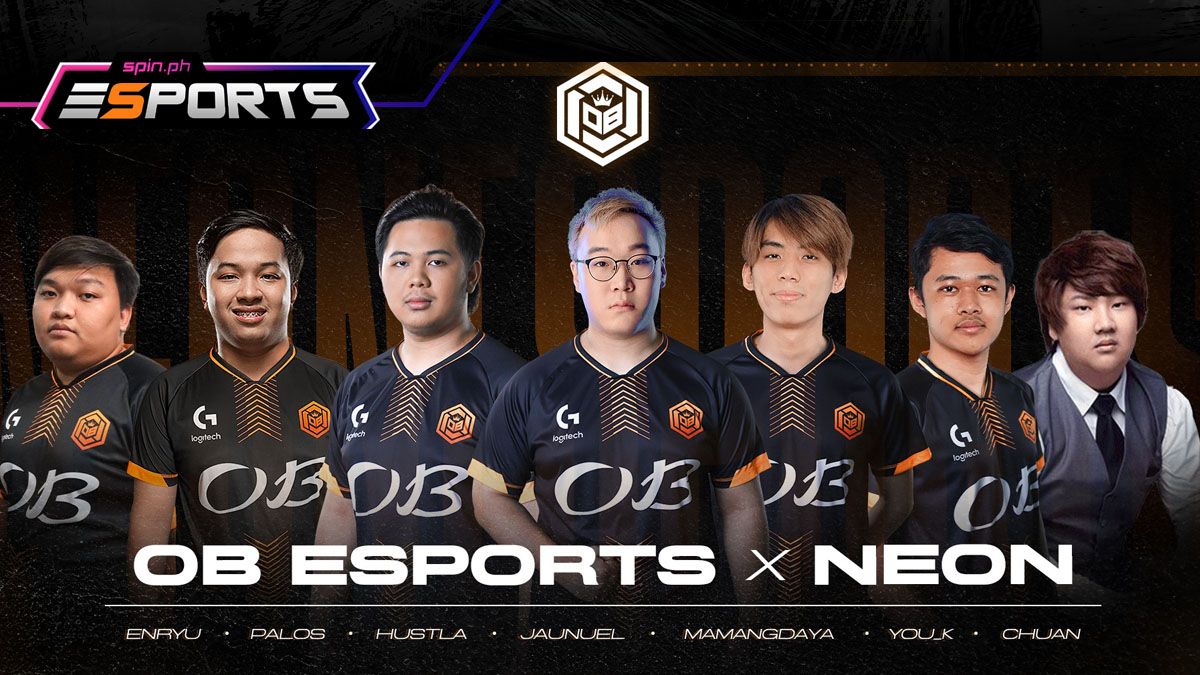 Can OB. Neon rise once again?

OB. Neon took the Dota 2 pro scene by surprise with their Cinderella run in the Singapore Major finishing at 5th-6th place with the loss to Team Secret. Unfortunately, that was the high for the Squad’s previous DPC season as they struggled in season two, and then again at the last chance qualifier. The offseason was doubly rough for OB. Neon as they lost all their Singapore Major cogs to different orgs.

Now with a completely new roster and a last-minute signing of Pinoy veteran Federico “Abeng” Dicdican Jr. to replace Indonesian support You_K along with former TI champ ChuaN as the team’s coach, OB. Neon looks to replicate their early-season success. The new-look squad placed 5th-6th at the Mineski Masters, and beat TNC Predator in a showmatch. Only time will tell if they can hang with the top of the pack. 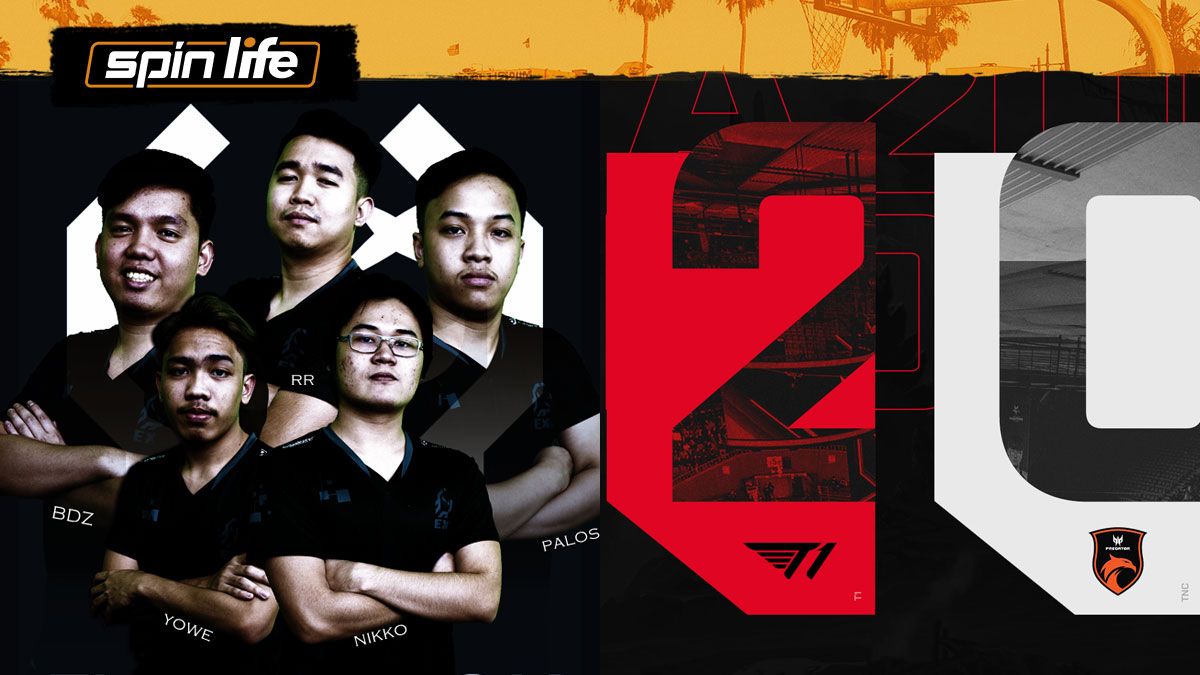 Execration remains as the only full-Pinoy roster in the upcoming Winter Tour, retaining most of the roster from last season. They purportedly added Van “Van” Manalaysay of Omega in the offseason ⁠— the team's sole roster change that immediately ran into roadblocks following the Omega Esports debacle and Van's subsequent banning. This forced the team to pick up newcomer Jayquem “Kimizu” Gumalan at the last minute.

Execration had a good DPC season two, finishing third and earning the Wild Card spot against Fnatic in a tiebreaker. As for more recent results, there’s a lot of improvement needed... and fast. The squad finished 7th-8th at the BTS Pro Series Season 9: Southeast Asia, and another 7th-8th finish at the Mineski Masters.

Division I officially starts December 1 with TNC taking on T1 in the opening, while Execration tests Thailand’s Motivate Trust.

Division II teams are also set to make a name for themselves. These squads won’t be eligible to go the first Major of the season, but whoever moves on to Division I in Summer Tour is definitely one to look out for. 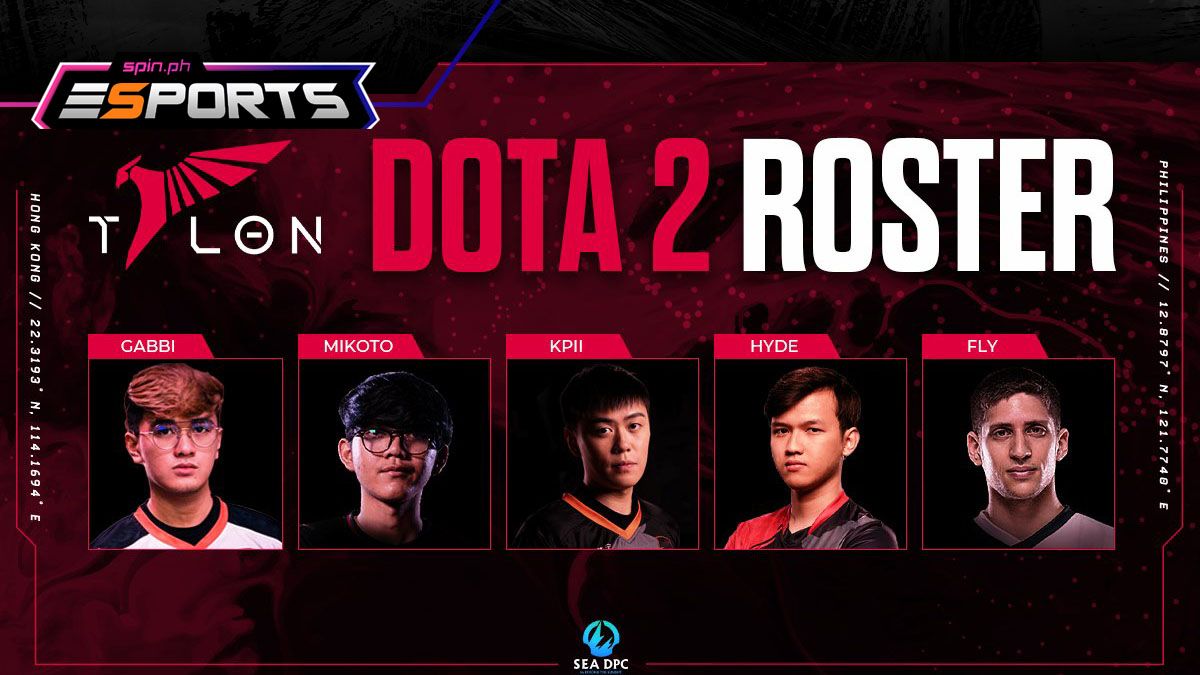 Definitely one of the scarier teams in Division (except if you’re Ragdoll), Talon Esports is the lower division’s favorite by far. A super team composed of scene veterans including Pinoy carry Kim “Gabbi” Villafuerte from TNC Predator, Talon is no joke even for Division I teams.

Despite being favorites, Talon already ran into hiccups just qualifying to Division II after losing to Malaysian squad Ragdolls in the first Open Qualifier semi-finals. The team managed to redeem themselves by sweeping the second open qualifier a few days later. 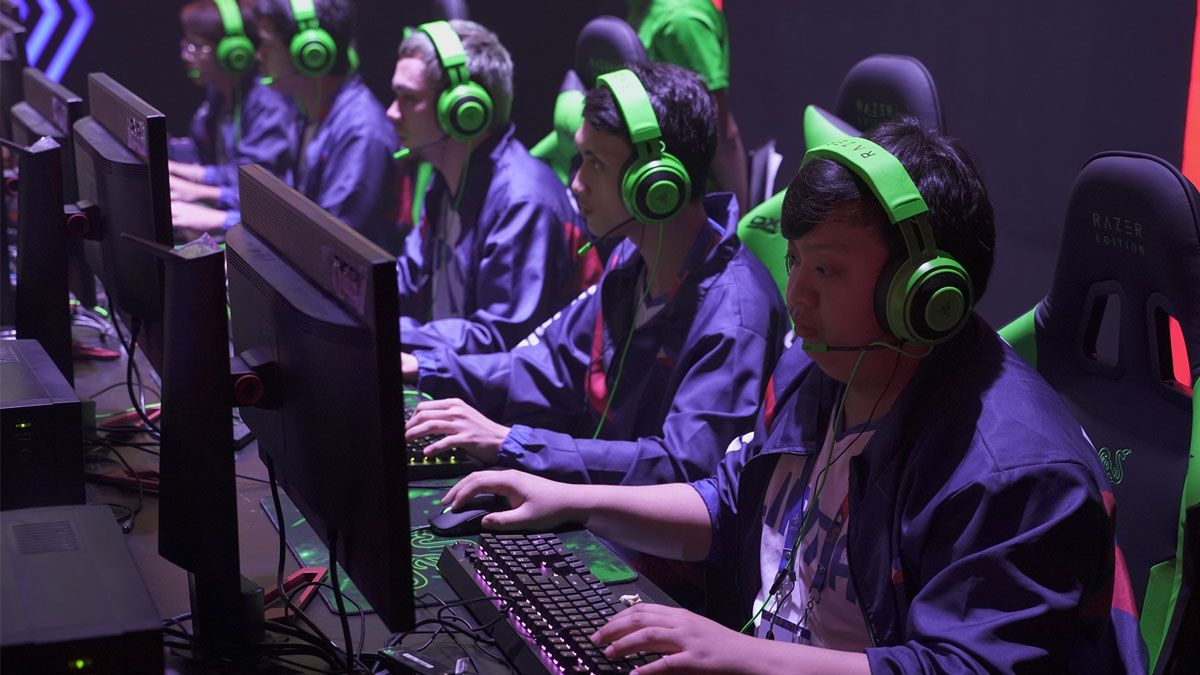 Polaris Esports is the rebirth of the former Adroit Squad who won gold in the 2019 SEA Games. The squad has partnered with South Built Esports to retain the DPC slot of the latter after they disbanded following the end of the DPC.

Formed as early as September the team already has a few tournaments under their belt. They recently placed second in the BTS Pro Series Season 9: Southeast Asia, and garnered another second as PH’s representatives in the Southeast Asian Esports Federation Dota 2 Championship.

The squad qualified to Division II via the closed qualifiers after beating fellow Pinoys Atomic Esports and Mongolian squad KOBOLDS. The team also qualified for Mineski Masters but finished at the 7th-8th place.