WHEN COACH Brian “Panda” Lim started his coaching career, he was arguably a trendsetter. In his first few years in the league, he would come to events in his iconic blazer jacket, becoming the MLBB’s OOTD icon long before John Michael “Zico” Dizon went posh in Season 9.

Then of course, he would always bring his notebook, fflled with his notes to counter foes. Eventually other coaches like Kristoffer “BON CHAN” Ricaplaza started using notebooks.

And looking back in Season 3, when he gave ArkAngel the tools to claim a championship, teams started realizing the importance of coaches. One by one, they slowly began investing in tacticians.

But before Coach Panda could make his way in the MLBB scene, there was a massive dilemma he had to face.

He added: “What kind of job can I find that pays much better? Because my major is biomedical engineering. I went to US and took my undergraduate and I was there for almost like 15 years.”

With that background, you would have expected him to become a scientist or a doctor. But this is how he decided to venture into the Philippines and discover Mobile Legends.

“So, Philippines was just a random country [that I visited]. I just came and then suddenly I became a coach. But learning through ML, I met many people, and then they became my family."

There was one big problem, though. "I didn’t know how to speak Tagalog during that time.”

It was a new beginning for Panda, who finally found a new home through the mobile game. While most Koreans would make a name for themselves playing League of Legends, StarCraft, or Overwatch, Coach Panda became the odd one who played MOONTON’s MOBA title.

He started as a player in Season 2 for ArkAngel Wicked Minds, and was the first international player in the MPL stage. His team reached the playoffs, yet they were ousted by SxC Imbalance.

Then, one season later, his coaching career began. 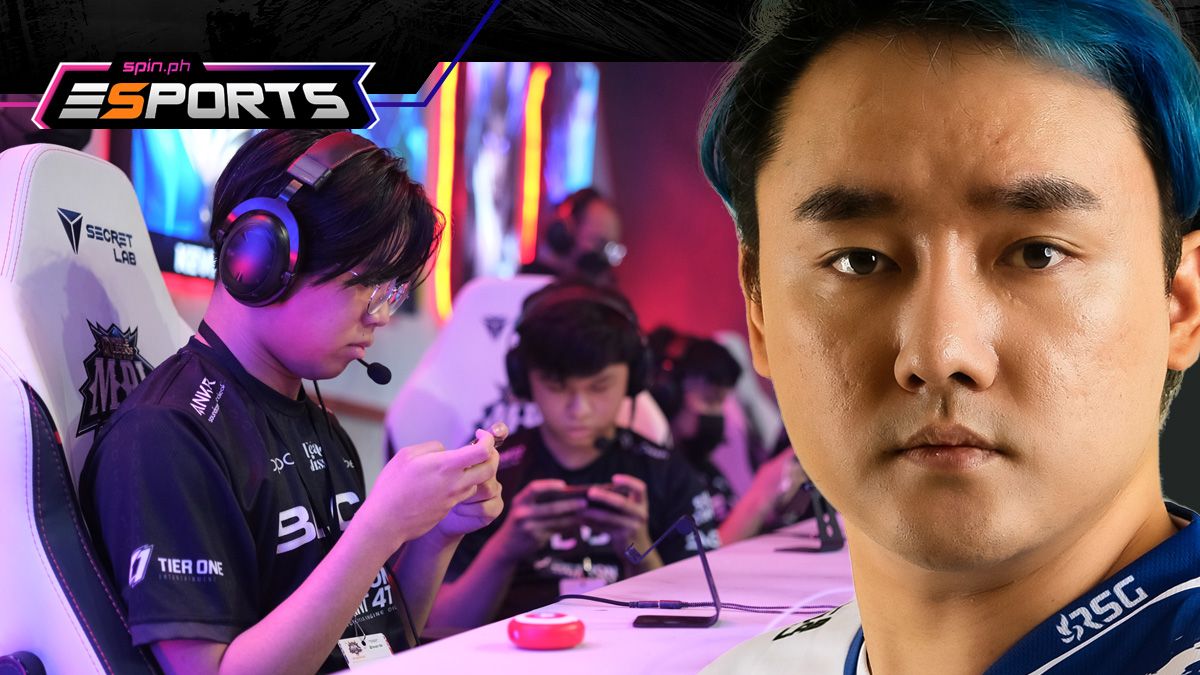 One of the biggest challenges he had to surmount in his coaching career was the language barrier. This was a big problem, especially with ArkAngel’s mediocre performances in Season 2.

“When I first started coaching ArkAngel back in Season 3, sina Lusty, Ryo, Killuash, Jay, Jeffqt4ever, and si Exort din, he was my teammate," he recalled. "If I explain something in English, Lusty would say ‘Ano sabi niya? Uy pa-translate!”

Though there were issues with communication, ArkAngel had one major advantage. They had a coach who was heavily invested in providing insights to the team, freeing up the players from analyzing their own plays.

In the end, ArkAngel defied everyone’s expectations. From a team that was last in the playoff race, they soared all the way and became champions, beating a battle-tested Bren Esports squad. They even entered the MSC 2019 and earned a 3rd place finish, behind two Indonesian powerhouses.

With such an impressive feat, Coach Panda’s stock was on the rise, until Season 4 came.

The ups and downs of the coaching life

The following seasons were not kind to Coach Panda. ArkAngel thought they could carry on their momentum in Season 4 as they stuck to their previous roster, but they were immediately booted out in the regular season. Even his Sibol gold medal finish in 2019 wasn’t enough to salvage his fading reputation.

Coach Panda was on a freefall.

"Sa Season 4, laglag [ako]. And I noticed this is the problem. Sa [Season] five and six, wala ako kase I didn’t have a team. Then sa Season 7, I was part of LPE [Laus Playbook Esports], but because of COVID and other things, we didn’t really have a good performance,” he said, running down his the doldrums career.

And along came Season 8, where things were expected to once again repeat. With only a few established veterans and a bunch of players who were discarded from their previous teams, no one expected RSG to even reach the playoffs.

They were all proven wrong.

“Season 8 was the first time that I felt that I have passion again to start," said Panda. "Everything was completely different in Season 8, the players, the management, the bootcamp, who I want to work with, and how will I work with them.”

And though they never won the trophy in Season 8, it was the perfect stepping stone for something bigger: a championship run in Season 9.

“Coming to Season 9, we already faced the strongest in Season 8, so now I feel na we’re ready na.”

What Panda learned in those down moments

Powering it all was a change in mindset.

“I just felt like, everything happens for a reason. Before I didn’t know that. I felt like, ‘This sucks! Malas! I don’t have what I need!’ I complained about my life everyday when things went downwards, especially when COVID happened, because there was not much freedom in what I wanted to do for the team.

“Now I know that all those bad things that happened in two years, three years, were meant to happen because I was a negative person. But now I’m a new person, I think God gave me another opportunity to get what I want.”

Upon realizing his previous flaws, Coach Panda made the necessary steps to bounce back and adpot a more optimistic mindset.

“As my father told me before, ‘Everyone has a chance, but success comes to people who are ready when chance comes.' And I wasn’t ready in those two to three years. Sana when the chance came right now and once I’m ready, I can get the success.

“All the players have a positive motto called, ‘positive vibes’ no matter what. And that’s what we implement.”