“Basically it was an idle game, a clicker game, kasi that was the big thing during that time,” recalled Chua six years later. You know the type — it was the kind of app you could leave running in the background while you do your work or your chores or whatever, then tap every so often just to keep the gears going. In this election-themed idle game, “the votes you generate for your candidate get aggregated in a server.”

Thanks to its timely subject matter, Popsicle Games found itself in the news, and the duo were featured in newspaper articles and TV appearances.

Fast-forward to the next election cycle. With the Philippines poised to elect a brand-new chief executive, a new studio run by Chua and Garayblas is hopping onto a new trend — one that is as approachable, perhaps, as Vote Clicker, but anchored in a future-proof new concepts that are transforming gaming and finance. 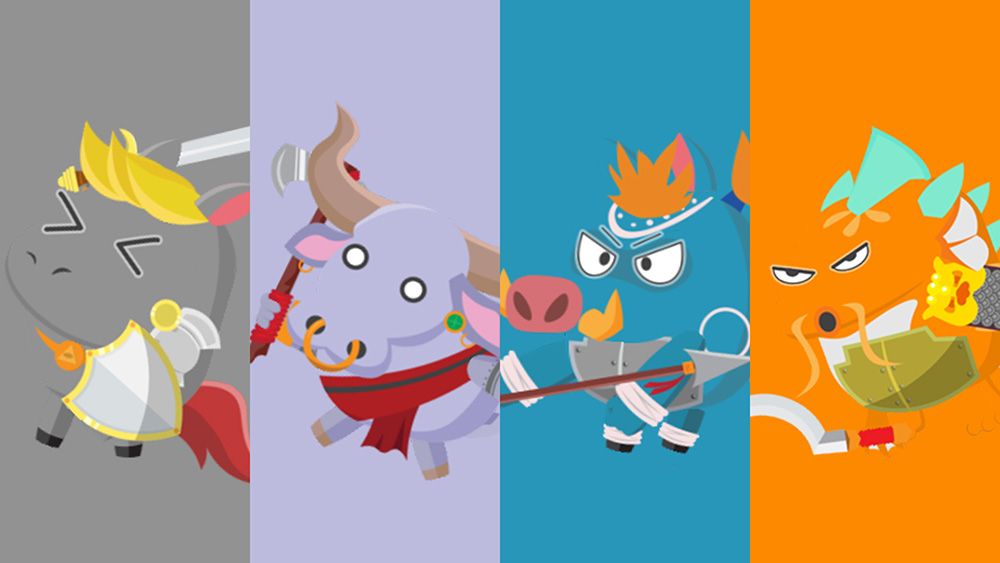 This game is called Anito Legends. Here, players control a team of three champions called anitos — friendly rotund creatures, all fully customizable, split into four classes inspired by Pinoy mythology — who autobattle their way through monster-filled towers (in single-player PvE mode) or, in a future update, inside the arena, facing off against other teams of anitos (in multiplayer PvP).

In true play-to-earn style, besting tower bosses or beating other player’s anito teams earn you $GINTO tokens, which can be funneled into a marketplace to improve your anitos with in-game items. More powerful anitos naturally make succeeding tower runs and multiplayer battles easier, creating the core gameplay loop for players to return again and again.

Erick Garayblas, now chief operating officer behind Anito Legends’ studio, the cleverly named Masayato Ltd., expects players to have their anitos to get knocked out often — and then eagerly come back for more. “The thing is, when you die, you don't feel bad about it. Di ka naman nagfi-feel bad pag namamatay ka. You get to unlock items, make another run, iba naman yung experience mo. That's what we're aiming for dito sa Anito Legends,” he said.

“It's a game that you can easily get into, pero you'll never play the same game twice.”

Aside from $GINTO, a governance token called $LARO is used to breed and purchase new anitos — all of which are non-fungible tokens or NFTs. The initial anitos will be available via gacha-style boxes that have differing rarities. But once the game is up and running, it will be possible to breed and sell anitos.

So far, so Axie Infinity. But Masayato is also taking the unusual step of focusing not just on the addictive gameplay or the appealing shot at earning cryptocurrency, but also on the lore that flows throughout the game’s world. It’s a way for the all-Pinoy team to also honor the ancient myths that inspired the game.

“It's not just like, okay, let's put siyokoy. The Filipino mythological elements shouldn’t feel like placeholders to entice people to join, [na] parang, low effort lang. If this game is to be taken seriously, you're going to [need to] take Philippine folklore seriously,” said Jayvee Fernandez, chief marketing officer of Mayasato.

A play-to-earn built for Pinoys

To help flesh out the worldbuilding, the game development studio enlisted the help of award-winning horror and fantasy novelist Yvette Tan, who helped assemble Anito Legends’ story framework, peppered with humorous, interesting bits of flavor text that call to mind Mass Effect’s codexes, or the text you’d find on the bottom of Magic cards.

It’s one of the many ways to make Anito Legends stand out from the play-to-earn space, which is currently exploding with dozens of new titles.

Bottom line, though, Masayato’s chief executive officer James Chua knows that if you want to get Pinoys to play your game, you have to build a solid game first — story and gameplay alike — before you focus on the blockchain and scholarship elements.

“We made the conscious decision to really focus on the casual players can really pick up and play,” he said. “I think the other games [in the space] — Axie Infinity, Thetan Arena — are medyo mid-core level na. In Axie, [for example], you have to know the cards, there's a meta. For a non-gamer to get into those games, medyo mahirap.

“In our case, we really designed the game to be very casual-friendly, but if you want to go hardcore in it, there's still enough content for that, and really enjoy.”

In fact, the creators see it more of a play-and-earn title, rather than a play-to-earn. If users want to go all in as scholars and try to grind out a living inside Anito Legends, the game will have systems in place to support that. But if they just want to enjoy a cute, accessible, friendly game — with NFTs that are within reach of Pinoy budgets — then they’re welcome to step into the Anito world, too.

As a game developer who’s been around the industry for years, Chua hopes that Anito Legends would carve out its own space in the play-to-earn industry — which he foresees will transform gaming.

“I mean, you hear a lot of people against it and of course, for it. I guess that's just the nature of technology,” he says of critics of P2E. “Anything new naman, you'll have polarizing opinions. Personally, I think it's going to be the next big thing for the industry.”

Anito Legends is currently on beta testing. This quarter, the team is gearing up for a bevy of milestones, including an iOS and Android release, as well as the groundwork for the PvP system.