CALATAGAN, Batangas — Three years is just far too long for anyone to be away from the sport they love.

That struggle even tougher for female players fighting for recognition in a male-dominated sport.

"You guys don't understand. To have the one thing in your life taken away from you for three years, it's heartbreaking," said National University's Camille Clarin.

It was an agonizing wait, but it just made the comeback sweeter.

The players got their first taste of the action for the first time in three years with UAAP staging the women's 3x3 tournament at Crusoe CaSoBe in Batangas.

For two days, the players from seven of the eight member-schools battled it out on the halfcourt through the sweltering heat had the battlescars to show for it. Yet they all wore big smiles on their faces as they treasured every second of their games.

"I'm really excited, actually," said Ateneo's Jhazmin Joson. "That was really exciting for me, even for my teammates."

It really is the case for almost all of the teams, parading new faces as only a handful remain from Season 82 due to players' graduations.

Joson added: "I haven't played with my teammates and this is actually my first time playing with them, so it was really exciting cause we got to learn a lot of things from our mistakes and we can bring it to the season." 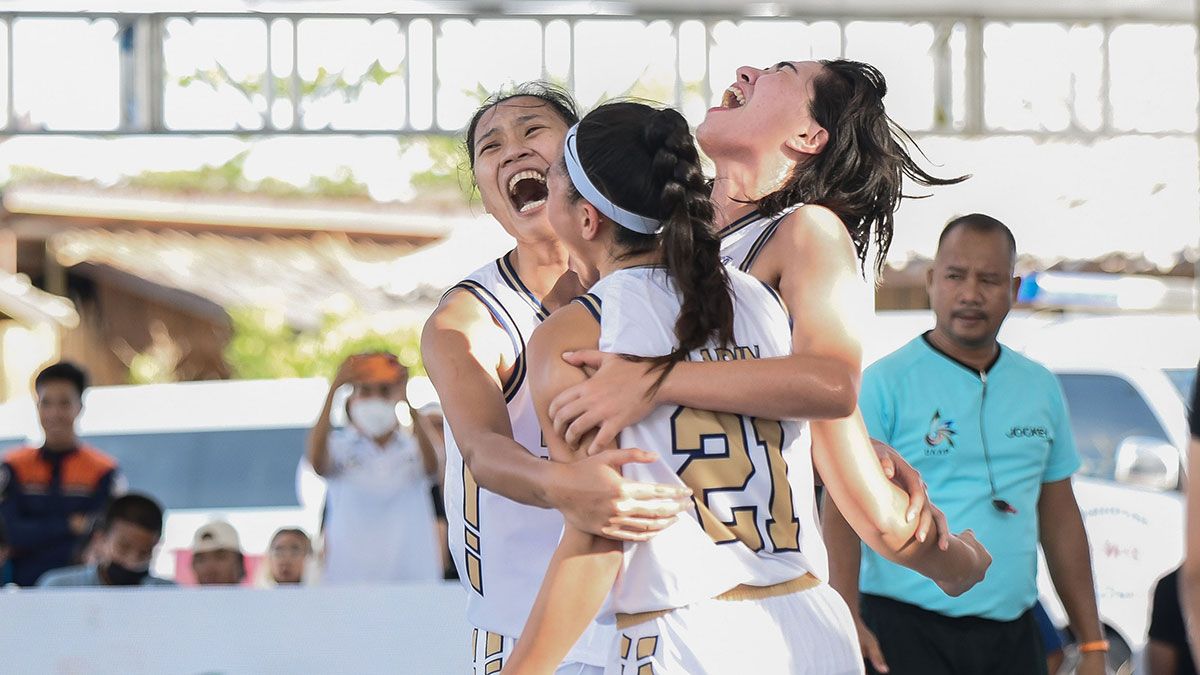 The girls feel this two-day event is only a precursor to their major comeback as they hope women's 5-on-5 basketball would finally return to the athletic calendar in UAAP Season 85 later this year.

"Since the men's game started, it's already good enough for us because we knew that we were gonna start soon," said Joson, who kept a positive outlook despite seeing the men's basketball tournament commence for this abbreviated season.

"For us, our mindset is we all try to keep it positive. That's the sign for us to learn how to be together and play together. We have to keep training once we get back and we always keep our heads up. Just because we didn't play doesn't mean that we won't play ever again."

The 3x3 games also reminded everyone that these girls got game, offering thrilling finishes including memorable endings in the semis which featured NU, Ateneo, University of Santo Tomas, and University of the Philippines to the exciting clash between the Lady Bulldogs and the Tigresses in the finale.

In the end, the defending champions remained as the standard with NU completing the perfect 8-0 run to capture the title and secure the three-peat.

"We have that grit and we have that streak. Everyone's out to get us, so everything means more to us," said the sophomore who is also coming off a gold medal finish for Gilas Pilipinas Women in the 31st Southeast Asian Games. "Me and Angel [Surada] are sophomores and we played a year already, but to see the rookies step up on this stage already, in their first time playing, it just makes me so excited for the team and what's ahead for us."

Not if Ateneo and the rest of the field can have a say on that.

"I'm pretty excited. We haven't played for like two and a half years? So we are so excited and with our team right now, I am so excited to play with them," said Joson.