UNIVERSITY of the Philippines weathered a tough stand from National University to hack out a 69-61 victory on Wednesday at the Smart Araneta Coliseum and book a return trip to the UAAP Season 85 men's basketball finals.

Presumptive MVP Malick Diouf was a steadying force for Fighting Maroons in the face of a tough resistance from the Bulldogs, leading the way with 17 points, 21 rebounds, three blocks, and two assists for the second seeds.

But it was JD Cagulangan who hit the biggest baskets for UP, nailing a three-pointer in the last 53.3 before his split in the final 34.2 seconds made it a six-point affair, 67-61 to highlight an 11-0 finishing kick for the boys from Diliman.

"We started off flat, but I believe the team bounced back from where we started, losing Carl [Tamayo] in the first half, he wasn't 100 percent but the team responded well to the challenge given to us," said Monteverde after UP clawed back from a nine-point first-half deficit and a 61-58 NU lead in the last 3:03.

NU still had its chances in the endgame, but Kean Baclaan and Patrick Yu fumbled their shots after securing crucial steals before Cagulangan's backbreaking three in the final minute before a crowd of 8,724 at the Big Dome.

"We're happy that we'll be getting another chance to win the championship," said coach Goldwin Monteverde as the no. 2-seed UP capitalized on its twice-to-beat advantage.

Tamayo had six points and a rebound in just 11 minutes of play. 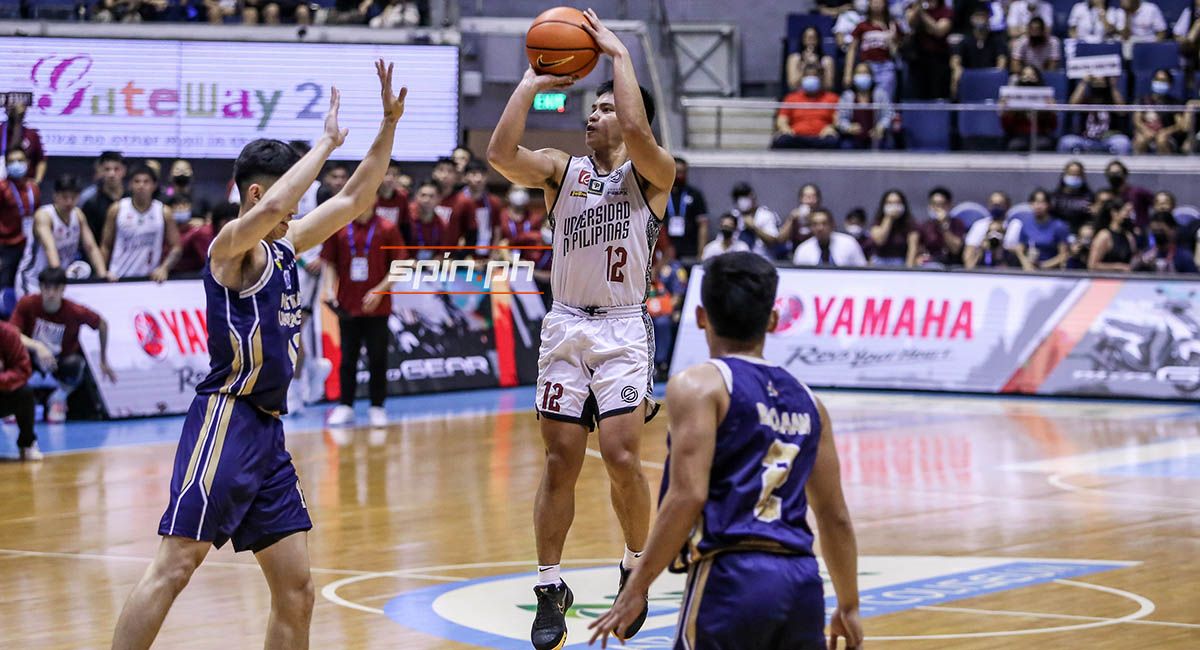 UP guard Cyril Gonzales once again haunted his high school alma mater with 11 points in the win that sustained the Maroons quest for a title repeat.

Cagulangan picked his spots and wound up with eight points, six assists, and three steals, while Harold Alarcon also had his licks late, blocking Patrick Yu's three before cooly sinking his free throws in the last 12.4 ticks.

NU gave its best shot behind Jake Figueroa's 16 points and 14 rebounds, but just could not find the bottom of the net down the stretch.

Baclaan ended up with 14 points, five assists, four boards, and two steals, as Michael Malonzo got 11 points and seven rebounds in a sad end to a surprise Final Four run for the third-seeded Bulldogs.