Jun Manzo turns emotional after UP fightback vs Adamson. Find out why

ANTIPOLO -- Jun Manzo needed not to look that far to dig down deep and steer University of the Philippines to an unbelievable come-from-behind 81-77 stunner over Adamson on Sunday.

All he needed to think about was that his season depended on it and there's really no more tomorrow.

With the Soaring Falcons holding a 12-point edge, 72-60, with 7:10 remaining, Manzo urged the Fighting Maroons to keep on chipping.

And what better way for them to put their lessons from their 84-78 defeat to University of Santo Tomas last Wednesday into action. 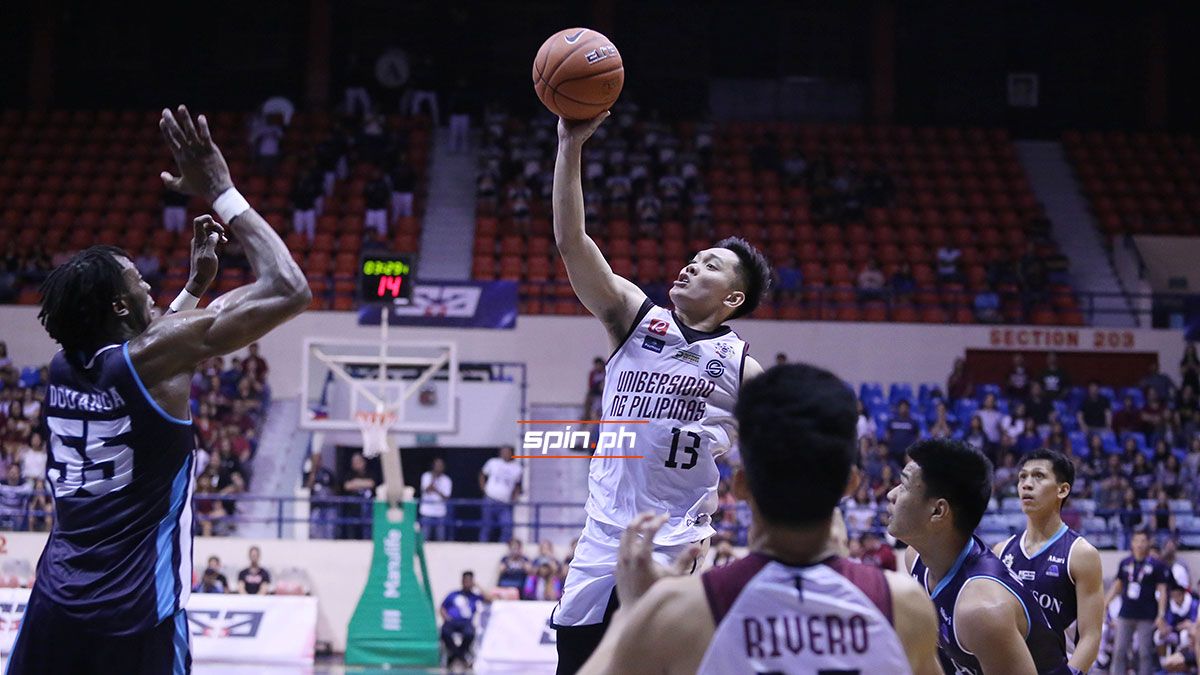 Although Jerom Lastimosa was able to steal the lead back for Adamson, it was for only a moment as Kobe Paras responded with a three to reclaim the 79-77 advantage with 1:25 remaining before the Fighting Maroons showed their resolve in the endgame.

Truly amazing was that fightback that one can't fault Manzo for letting his tears fall when the final buzzer horned.

With the Fighting Maroons' confidence back, Manzo sees this final stretch of games as must-win affairs, looking to use these final games as their buoy to make a return trip to the championship round.