DERRICK Pumaren just laughed off rumors that La Salle have also conducted trainings despite the quarantine protocols in place.

"No truth to that," he told Spin.ph as he set the record straight on Thursday.

Practices for varsity teams have been a hot topic over the past few weeks, with University of Santo Tomas men's basketball team getting into trouble for allegedly heading to Capuy, Sorsogon for a bubble training since mid-June.

There are also clips going around of National University women's volleyball team training in the school's Sampaloc and Calamba campuses, and an alleged training by the University of the Philippines Maroons in Silang, Cavite — a report that coach Bo Perasol has already denied.

"Those news are fake," he said.

Even Green Archers star guard Aljun Melecio laughed off the report on Twitter.

Like any other varsity team, La Salle has been trying to make the most of the pandemic as it adapts to the new normal. But Pumaren swore the most the Archers have done is online training.

"We've been doing online trainings since April 6," shared the decorated bench tactician, who returned to La Salle after last handling the team back in 1991.

It's not what Pumaren envisioned when he agreed to return. Yet we're living in unprecedented times, and he knows that the key for his side is to keep up with the tides.

And the Green Archers have.

Players like Justine Baltazar, who is in Mabalacat, Pampanga, and Melecio, who is in Valencia City, Bukidnon, have maintained their position as leaders of the crew as they do daily conditioning sessions in the comforts of their own homes.

That also includes those players who are overseas and their new recruits like Kevin Quiambao and Jonnel Policarpio as Pumaren is delighted to see everyone conforming to his demands. 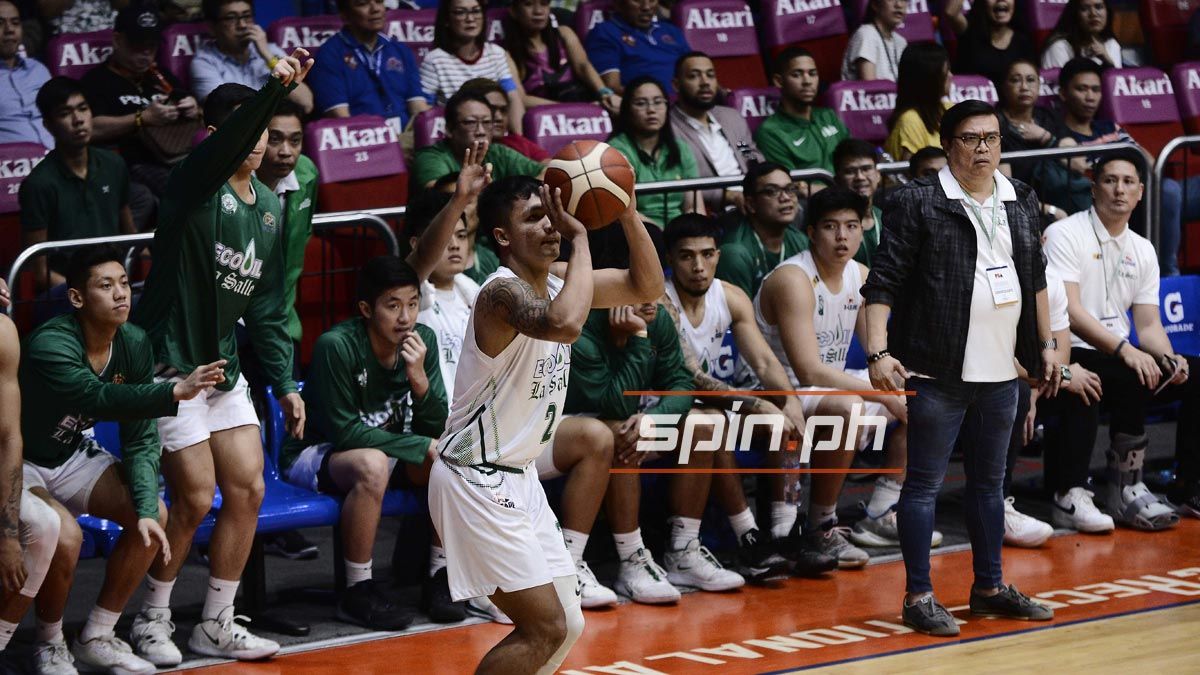 Yes, it's tough to build chemistry if the team can't be there on the court, and the Green Archers are no exception.

"We were just starting to implement the system before the lockdown," said Pumaren, who got a taste of the action back at the helm for La Salle when they participated in the 2020 PBA D-League Aspirants' Cup.

But again, what can you do?

Pumaren is just overjoyed to see that somehow, his players are doing their best to absorb his teachings in the middle of this quarantine period — hopeful that once they return, adjustments will be easier.

"The good thing about the players is that they pick up easily on the things we are teaching them. When we come back, I want it to become second nature to them," he said.