Thirdy Ravena got back at his older brother Kiefer as San-En NeoPhoenix pulled off their own come-from-behind 101-96 overtime win over the Shiga Lakestars in the 2021-22 B.League season on Sunday at the Ukaruchan Arena in Japan.

The visiting NeoPhoenix came roaring back from 18 points down and forced overtime with a furious rally in the fourth quarter led by the younger Ravena, before using a 7-0 buffer to seize a 94-87 lead with 2:57 remaining. 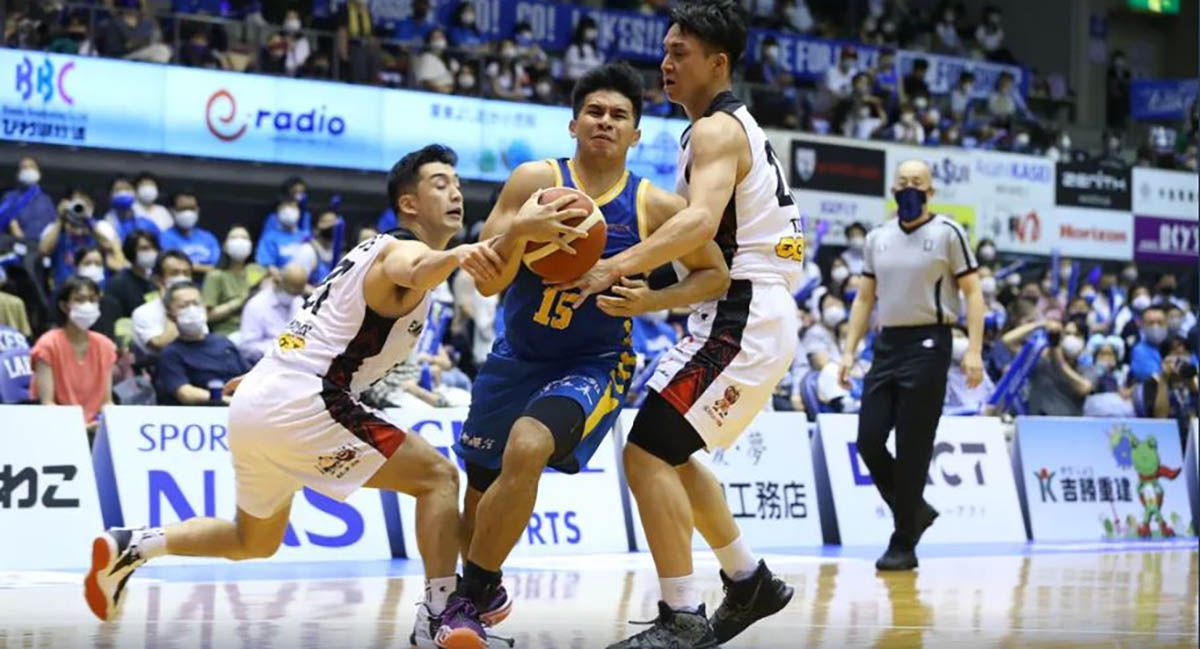 Import Ovie Soko and Kiefer Ravena kept Shiga in the game, but Thirdy slammed the door on the home team with a three-pointer from the deep left corner that made it a 97-89 advantage with 2:17 left.

It was a sweet redemption for the NeoPhoenix, who blew a 22-point lead and lost to the Lakestars, 93-83, a day earlier.

Elias Harris was also a beast down low for San-En with his 18 points, 10 boards, three steals, two assists, and two blocks, as Robert Carter got himself 17 points on 3-of-6 clip from deep, on top of his three rebounds and three dimes.

But with the game tied at 85, it almost wasn't to be for San-En as Thirdy turned the ball over on his potential game-winning drive with Kiefer playing solid defense against him.

That gave the ball back to Shiga with 2.2 seconds on the clock, yet Soko was unable to buy a bucket at the buzzer.

Thirdy vs Kobe next weekend

San-En heads back home to host Kobe Paras and the Niigata Albirex BB (1-1) in a two-game homestand at Hamamatsu Arena starting next Saturday.

On the other hand, Shiga will remain at home where it plays the Ibaraki Robots (0-2), which are still missing the services of Javi Gomez de Liano.

Despite the loss, Kiefer Ravena remained solid for the Lakestars with his 20 points on 3-of-5 shooting from deep, on top of seven assists off the bench.

Soko also unloaded a double-double with 20 points, 12 boards, and two assists, as Sean O'Mara got 19 points, nine rebounds, and three dimes in the defeat.