IF you overlooked Magnolia's capacity to become a championship contender heading into the 2021 PBA Philippine Cup, chances are you probably compared the Hotshots' body of work in the offseason to that of their more ambitious counterparts.

That's not entirely fair on their part, though you have to admit the addition of the dynamic yet temperamental Calvin Abueva kind of paled in comparison to blockbuster trades executed elsewhere — deals that, for example, brought CJ Perez to San Miguel and Christian Standhardinger to Barangay Ginebra - a pair of loaded teams that got even better after pulling the trigger on these transactions.

More often than not, however, people forget that basketball is not as simple as hoarding talent and stacking one big name on top of another.

Some puzzles are harder to piece together. Standhardinger, at times, looked out of place and often mucked up the spacing of a Ginebra team that already had an anchor big man in Japeth Aguilar; Perez actually boosted a Beermen backcourt that missed the ball-dominant Terrence Romeo and longtime floor general Alex Cabagnot for long stretches this conference, but his presence alone clearly didn't solve the problems that hastened SMB's downfall. 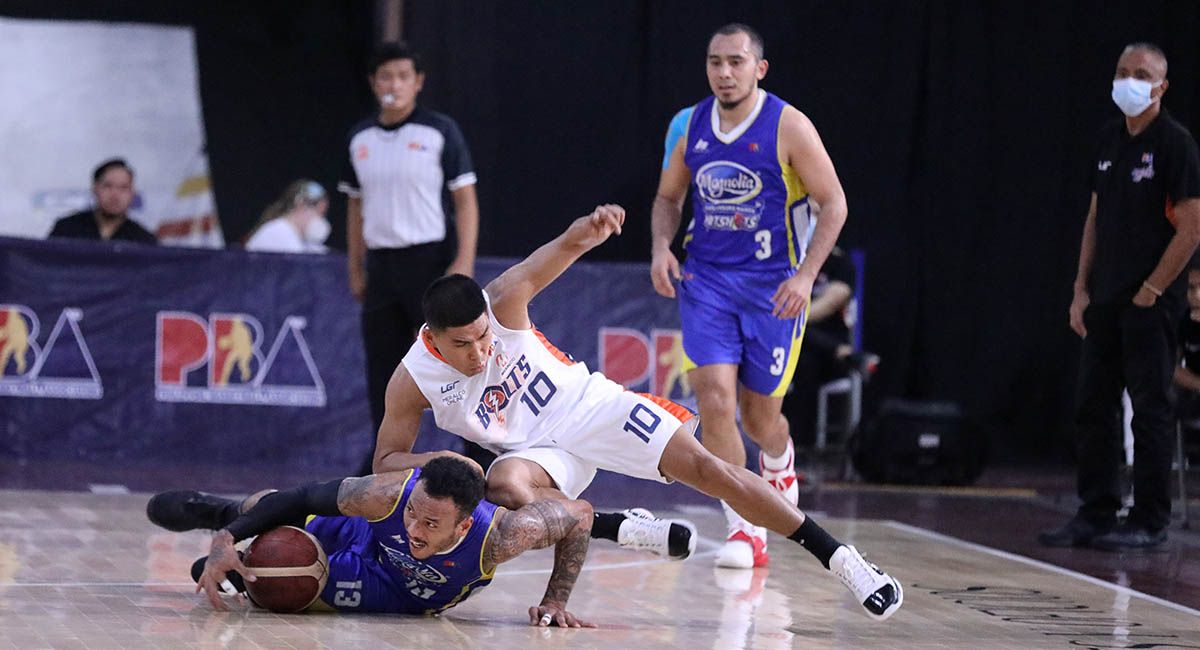 That hasn't been the case for the Hotshots, who obtained a perfect plug-and-play option in Abueva. 'The Beast', a snug fit from Day One, has done nothing but reinvigorate a frontcourt that had key defensive weaknesses in the wing and in the interior, and greased an offense that, prior to his arrival, was prone to stagnation.

Adding Abueva to a team that was practically just one star away from reaching the apex has resulted in a squad that's four wins away from a title — unlike the Beermen and Gin Kings who have been sent packing from the playoffs and are back to Manila.

Make no mistake, though: these Hotshots were not a team that previously lacked the depth and talent to shoot for a title. They are not underdogs. Don't believe head coach Chito Victolero when he implies that his charges need to punch above their weight against the TNT Tropang Giga in the best-of-seven finals — a highly-anticipated matchup that could see Magnolia's strengths overshadow its own weaknesses.

Here's a rundown on the players and the factors that could make or break the Hotshots' chances of winning it all this conference.

(Custom numbers are courtesy of the brilliant Ryan Alba, the proprietor of 'Stats by Ryan on DribbleMedia.com — a collection of advanced stats for the PBA that uses up-to-date totals and formulas from both NBA.com/Stats and Basketball Reference, as well as other independent hoops websites.)

The case for Magnolia: Abueva and Sangalang can — and will — steady the ship

There's a reason why Abueva and Sangalang currently rank No. 1 and No. 3 in the statistical race for the Best Player of the Conference.

Abueva has slotted in seamlessly at the 3 and 4 for the Hotshots, who have greatly benefited from his boundless energy and selfless play. He did not shoot particularly well against Meralco (13.8 points on 35.5/28.6/63.6 shooting splits), but he was highly-active on the boards (8.5 rebounds), passed the rock well (3.0 assists), and disrupted drives and passes (1.2 steals).

Sangalang, meanwhile, battled on the glass and admirably produced when he took it upon himself to kickstart Magnolia's offense during dry stretches, averaging a team-high 16.7 points on 47.1-percent shooting along with 10.7 rebounds during that six-game stretch.

The duo were the reason Magnolia pounded Meralco in rebounding, especially on the offensive glass, where the Hotshots (17.5) grabbed over four more in that department. Of course, that led to a lot of extra opportunities and, consequently, to a lot more points; during that series, Victolero's wards produced an offensive rating of 106.6 — a figure that, if stretched for an entire conference, would beat San Miguel for the league lead. 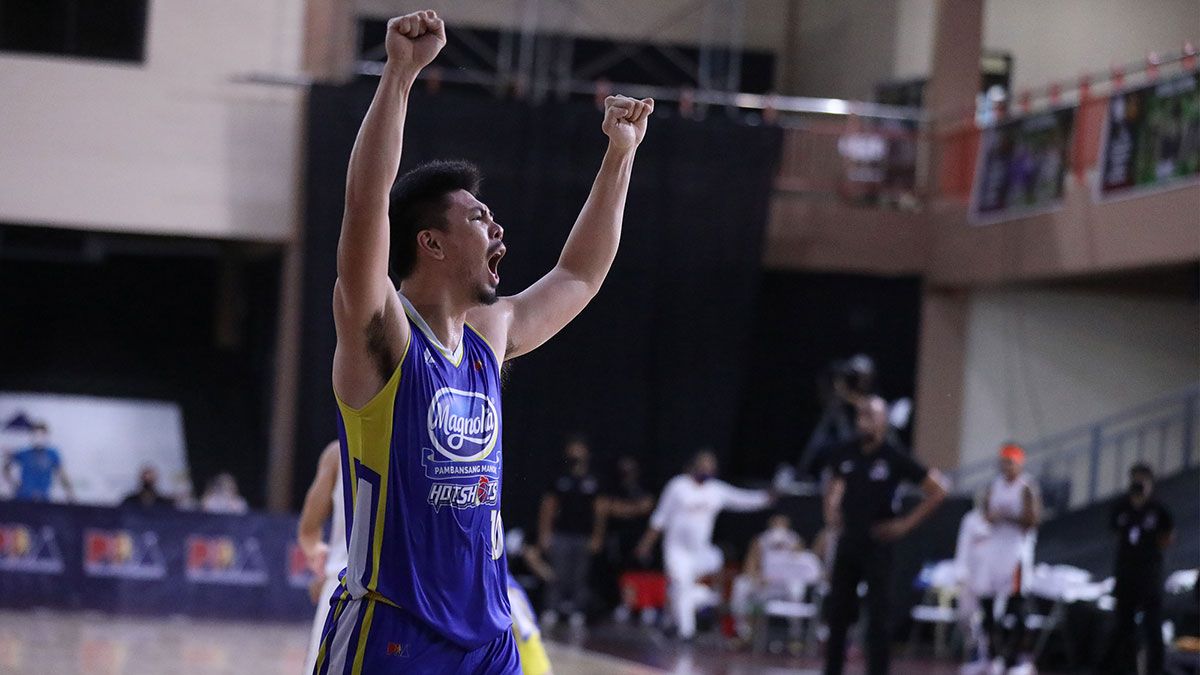 For the conference, no team has grabbed more offensive rebounds per game than Magnolia, which is also the only squad to rank in the Top Three in terms of offensive and defensive rebounding percentage. Talk about total domination.

To defeat TNT, it goes without saying that Abueva and Sangalang have to keep playing at the same level or better, though that's easier said than done against the formidable Tropang Giga defense.

The case against Magnolia: Offensive stagnation

Magnolia's offensive rating against Meralco comes with a caveat: the Hotshots' half-court creation is still prone to deteriorating once good defense snuffed out the first two or three initial actions. That should be a problem against TNT, a team that owns the second-best defensive rating at this point in the conference.

Abueva and Sangalang's hustle on the boards can keep the offense from completely sinking, but that's not enough to get by in a seven-game championship series. Lee will have to shoot better (more on him later). Barroca (12.5 points on 42.2/31.8/77.8 shooting splits against Meralco) might be tasked to do more and hold his ground against TNT's platoon of pesky guards. Magnolia, dead-last in three-point attempts right now, might even have to shoot a little more from downtown just to keep up with the Tropang Giga if the defense doesn't hold.

Which brings us to our next point.

The case for Magnolia: Defense

For so long, defense was Magnolia's offense. That held true in the series against the Bolts, where the Hotshots held their counterparts to an offensive rating of just 99.8 points — just a shade above the league average, and almost two points lower than Meralco's average for the conference.

(Note: We use offensive rating instead of points because the latter is not an accurate representation; Magnolia currently ranks fifth in points per game at 90.1, but their third-best offensive rating of 103 better illustrates how well the Hotshots have been playing on offense).

TNT has some of the league's most preeminent microwave scorers in Roger Pogoy, Mikey Williams, and Jayson Castro, and big men Troy Rosario and Poy Erram can catch fire inside or outside. Magnolia, however, is more equipped to handle the Tropang Giga more than any other team in the league and can throw any one of guards Barroca, Lee (to an extent), Jio Jalalon, and Justin Melton, or frontcourt guys Rome dela Rosa, Abueva, Jackson Corpuz, and Rafi Reavis in an effort to mix it up and keep their counterparts guessing.

The Hotshots will slow the pace down and make it an ugly, grind-out game. During their hotly-contested series, Meralco and Magnolia logged an estimated 84.1 possessions — a number that would by far be the lowest if maintained for an entire conference, and a figure that reinforces Magnolia's tendency to keep games from becoming high-octane, high-scoring contests.

Magnolia's three-point defense is also something to watch in the series. TNT has attempted the second-most number of three-pointers (34.6) and have made them at an above-average rate (30.1-percent, seventh), while Hotshots opponents have only made 27.0-percent of their treys (second-lowest) while firing the fourth-most tries (31.8). 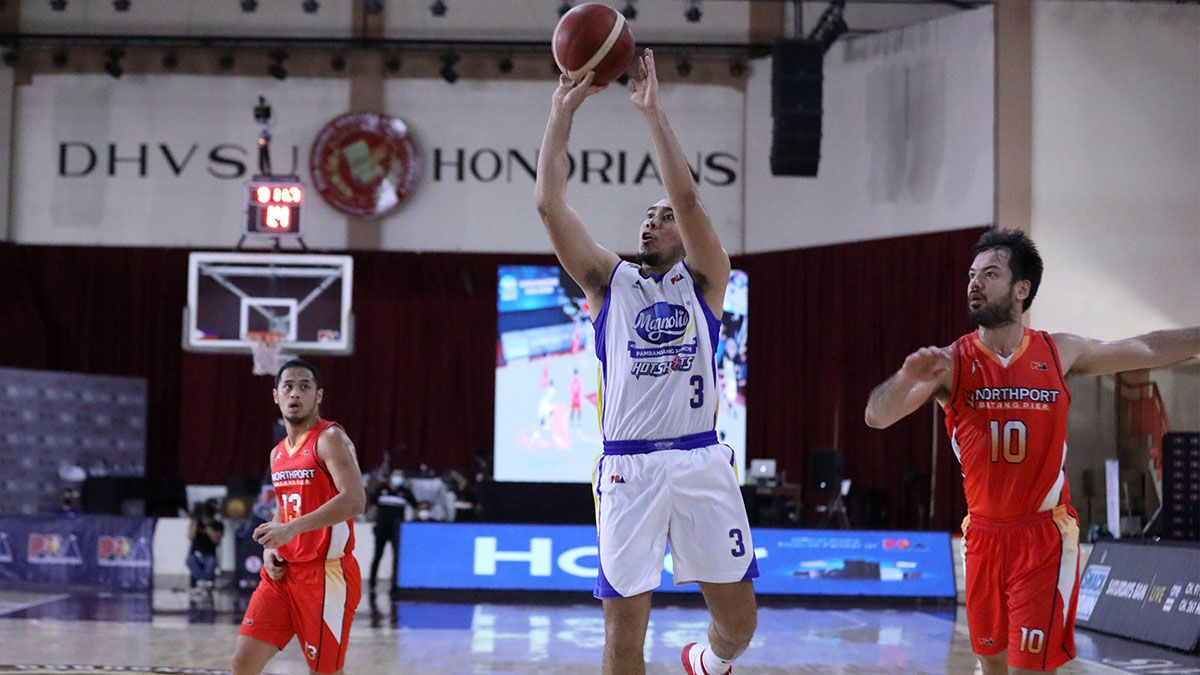 Here's an odd tidbit: Lee, who averaged 14.8 points in that Meralco series, was still a pretty productive offensive piece even if he shot a measly 34.3-percent from the field and 29.7-percent on 3s. His true shooting percentage (TS%) — or a measure of shooting efficiency accounting for the cumulative value of field goals, three-pointers, and free throws — stood at 53.5-percent, a figure that actually ranked ahead of top scorers Sangalang (49.2 TS%) and Abueva (45.6 TS%).

How did that happen?

Easy: Lee made literally all of his 30 free throws during those six games. For context, only four players during that series attempted as many from the stripe.

Making your free throws is still the easiest, most efficient way to get points on the board, and no one is better at fishing for fouls and hitting charities than Lee, who leads all players who have attempted at least two free throws a game by converting 91.3-percent after 19 games.

If Lee gets the rest of his offense going, it's probably safe to say that Magnolia has a pretty good chance at hacking out a decent win since he's already so incredibly efficient in that particular area.

But let's take a glass half-empty approach here: what if Lee never really finds his groove?

His field goal shooting against Meralco isn't really an outlier, as the 32-year-old guard is making just 32.4 percent of his shots for the conference. That hasn't proven to be problematic for a Hotshots offense that has churned out a third-best offensive rating of 103 so far, but what happens when the offense goes cold in the face of a TNT defense that just shackled San Miguel's league-best offense?

Realistically speaking, no one on Magnolia is a threat that's similarly as capable as Lee, so the Hotshots have to hope that he can finally thaw himself out at the most crucial point of the conference.