How do you stop Mikey Williams? Don't ask Magnolia's guards

MIKEY Williams continued to run rings around the Magnolia guards in the 2021 PBA Philippine Cup Finals.

Williams stayed sharp against the aggressive defense being shown by Magnolia in Game Two of the 2021 PBA Philippine Cup Finals, pouring in 28 points on 5-of-9 shooting on threes in TNT’s 105-93 win in Game Two.

Williams said before the finals that Magnolia guards, particularly Mark Barroca and Jio Jalalon, are some of the tough defenders in the league. But so far, it has been Williams who is winning the battle since his 21-point output in the series opener.

The TNT rookie said he was thoroughly prepared by the coaching staff in this battle against Magnolia’s guards.

“It’s going to be a challenge,” said Williams. “But my teammates and coaches told me just expect it (tough defense). It’s something that we really put a game plan for until it finally happened. We just made our adjustments from there." 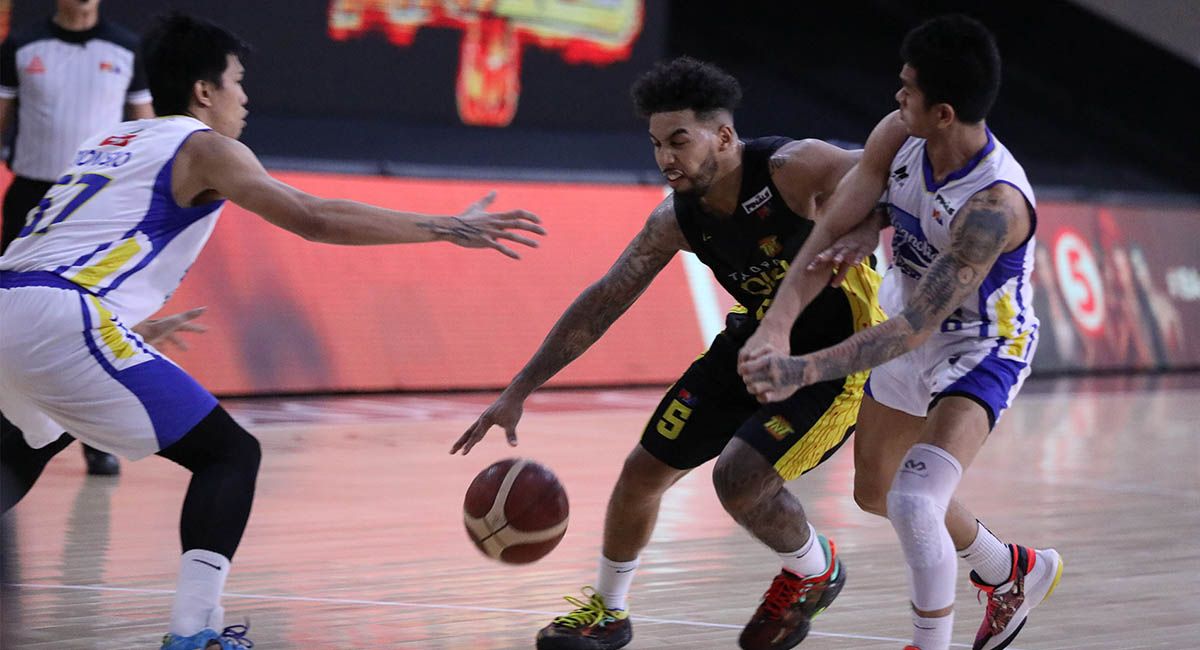 Things did get a bit chippy during a brief period in Game Two when Williams nearly confronted Jalalon after the latter's foul in the third quarter. Jalalon was slapped with a technical foul and the rookie managed to keep his cool.

Williams and Barroca were also called with a double foul at one point as well.

The Cal State Fullerton product noted the importance of keeping his focus against the pesky guards of Magnolia.

“I felt like if I keep my composure and try to play through whatever is going on, I’ll be fine,” said the 29-year-old Williams.

TNT is now two wins away from ending a six-year title drought, but the Fil-Am guard doesn't expect the series to get any easier.

“As you can see in the second half, it was tough. A lot of mental errors, a lot of mistakes. We just have to get back to the drawing board and fix those little bruises and go from there,” said Williams.

"As you can see, we are playing a tough team and we can’t take it lightly."