KELLY Williams hurt his back midway through the third quarter and failed to finish TnT Tropang Giga's 88-70 blowout win over Magnolia in Game 1 of the PBA Philippine Cup Finals on Wednesday night.

The incident left Williams doubtful for Game 2 two days from now as the former MVP could hardly walk on his own at the end of the game, according to coach Chot Reyes.

Reyes said the TnT veteran may have strained his back during the game. 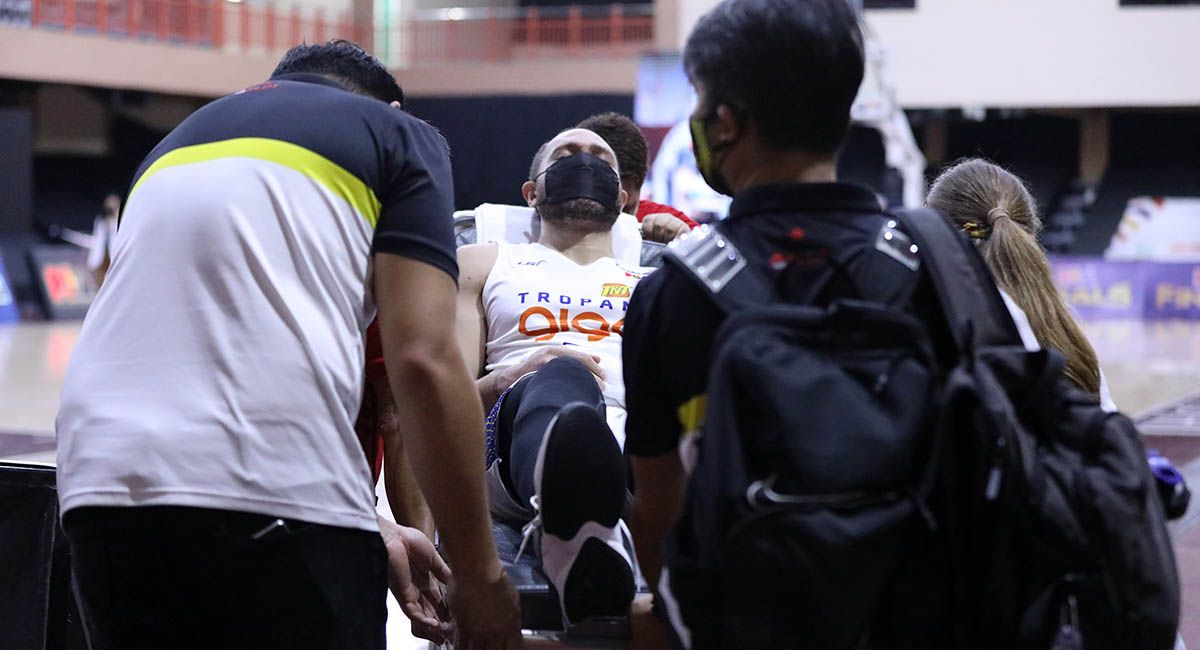 "He (Williams) can hardly walk so I hope it gets better, but it doesn’t look too good now," said Reyes after the game at the Don Honorio Ventura State University gym in Bacolor, Pampanga.

Williams was later taken out of the venue in a stretcher due to 'severe back spasms' and went straight to the hospital.

The 39-year-old Williams started at center for TnT and had a huge hand in the fiery start that set the tone for the Game One rout. The former league MVP left the game with 10 points and six rebounds.

The incident took place with 5:02 left in the third after Williams stole the ball off a bad pass by Jio Jalalon and quickly went on a transition.

He appeared to be going for a breakaway dunk, but failed to get enough elevation, and instead layed in the ball and missed the shot.

"He (Williams) might have strained his back in that play when he tried to go for a dunk," said Reyes.

Missing the services anew of the 6-foot-6 forward meant another major adjustment in TnT's rotation after undergoing a similar move back in the semis against San Miguel when Williams missed the first four games of the series due to health and safety protocols.

"Very concerned. We don’t even have to belabor how important Kelly is to this team, we already know his value," said Reyes of Williams.

"So that’s our main concern moving forward in this series. We hope Kelly is healthy enough to play."