Quickfire TnT runs away with Game One as Magnolia falls flat

The flashy rookie poured it on in the second quarter and finished with 21 points and 10 rebounds while converting five of his six three-point attempts that turned the opener of the 2021 PBA Philippine Cup Finals in to a full-blown rout.

The TNT freshman's heroics preserved the efforts of his teammates after the Tropang GIGA got off to a fiery 20-2 run, before Williams hit a barage of treys in the second quarter to break the game wide open. 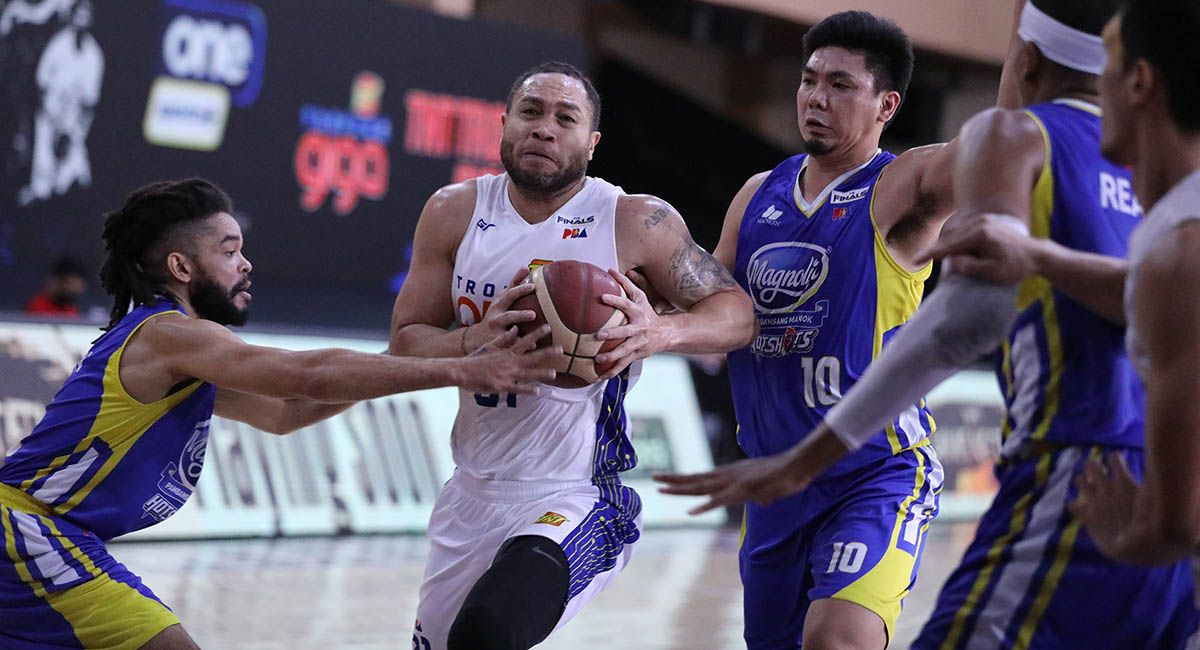 The Tropang GIGA led by as many as 32 points as they looked surprisingly fresh just days after coming off a grueling seven-game semifinal series against San Miguel that went the distance.

Poy Erram had 14 points, seven rebounds, and three blocks, while Kelly Williams scored 10 points and grabbed six rebounds in his first finals game since coming out of a brief retirement this season.

“Our entire objective coming in was to make sure that we execute our game plan both offensively and defensively of course,” said TNT coach Chot Reyes.

Execute TNT did from the start with Kib Montalbo scoring the first five points of the game, and Kelly Williams and RR Pogoy already scoring 10 points in that sizzling start.

Mikey Williams’ final three of the game gave TNT a 73-41 lead, the biggest in Game 1. He also added five assists and two steals in an excellent all-around performance for the former NBA G League player.

TNT also did it on defense, limiting Magnolia to only 20 of 73 from the field or 27.39 percent, the third lowest in franchise history.

“I thought the most important thing was to match their effort. Magnolia really comes out with a lot of effort so we focused our attention on making sure that we match their energy and effort,” Reyes said.

Paul Lee shot only 3 of 12 from the field to finish with 12 points, while Jackson Corpuz had 12 points and 11 rebounds, most of which, however, came when the result of the match was already settled.

Calvin Abueva had 11 points and 11 rebounds, but sorely missed the presence of Ian Sangalang, who only played in 10 minutes and finished with five points.