ANTIPOLO — TNT proved too much against Terrafirma, 21-15, ruling Leg 4 of the PBA 3x3 Third Conference on Sunday at Ynares Center.

Samboy De Leon hit a deuce to clinch the P100,000 prize money for the Tropang Giga, who became the first team this conference to win two straight leg titles.

In all, it was the third leg title for the telecommunication franchise, which also ruled the opener.

Meralco accounted for the other leg crown (Leg 2) not won by the Tropang Giga.

“This is definitely a momentum-builder. Probably their confidence now has skyrocketed, kasi di ba three championships in four legs. Hats off to my players. They worked hard. They trust me, they trust Ranidel (De Ocampo), properly followed their recovery routine, and just really, everyone wants to win.”

TNT also became the first team to repeat as leg titlist after Limitless App did the trick during the first conference.

The runner-up was the best finish by Terrafirma in the standalone tournament and got to receive P50,000 for the feat.

Wendell Comboy finished with nine points, including the game-clinching drive that allowed the Beermen to take home the P30,000 prize. 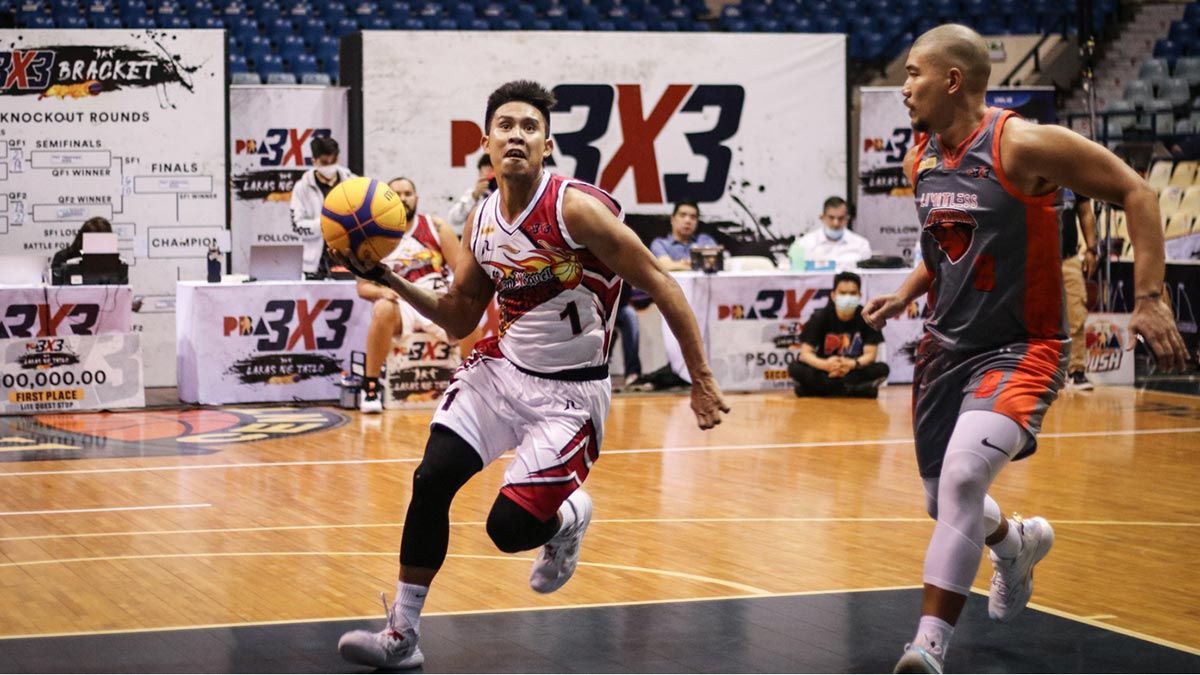 Jeff Manday and the Beermen take the third spot on the podium.