SAN Miguel picked up its second straight win, routing an undermanned Terrafirma, 131-103, on Wednesday in the 2022-23 PBA Commissioner’s Cup at the Philsports Arena.

The Beermen evened their record to 5-5 win-loss, vaulting themselves to sixth place in the team standings and improving their shot at earning a spot in one of two best-of-three series in the quarterfinals.

The game also saw the return of June Mar Fajardo but Terrence Romeo sat out the game despite being in uniform. Fajardo had 20 points and nine rebounds in his comeback game after undergoing surgery in his throat.

San Miguel won against a Terrafirma squad that played without import Lester Prosper due to health protocols. The Dyip were also without Alex Cabagnot.

San Miguel assistant coach Jorge Gallent said the primary instruction was not to take Terrafirma lightly despite the absence of Prosper and Cabagnot.

“Our game plan really was to play hard,” said Gallent, who handled the coaching chores in lieu of head coach Leo Austria who is still under the league’s health protocols.

“We didn’t think about them being import-less. From tip-off, we talked to one another and said that we have to play 48 minutes of basketball.”

Jericho Cruz topscored for San Miguel with 25 points, while Devon Scott had a triple double of 21 points, 19 rebounds, and 11 assists for the Beermen. 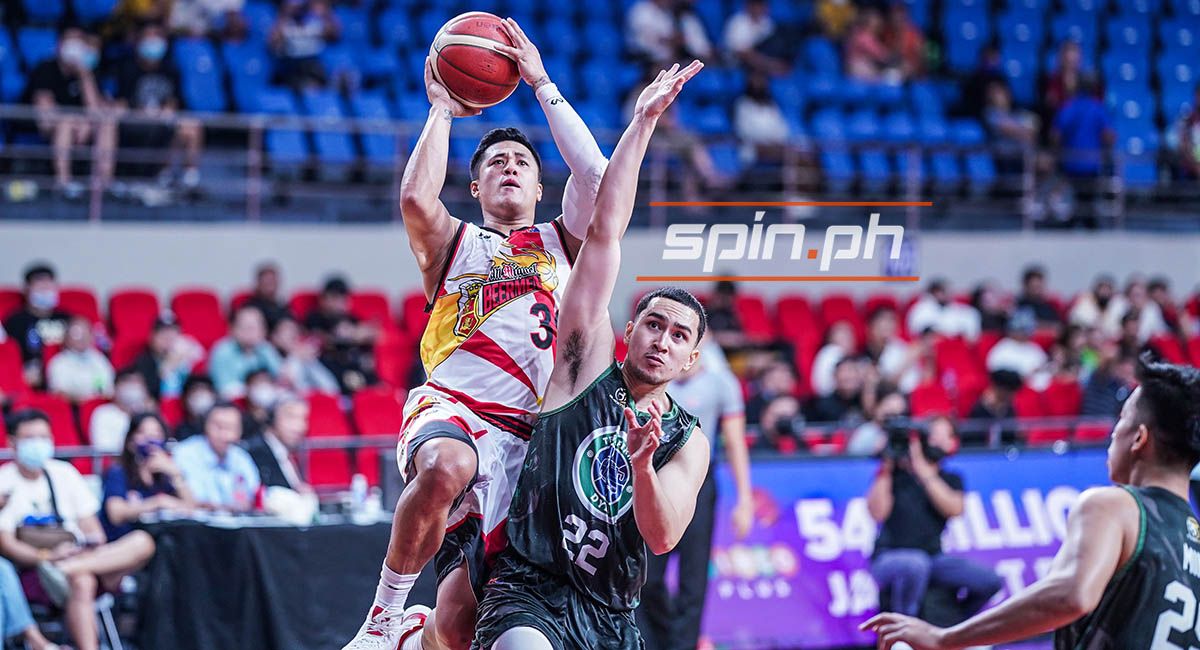 Juami Tiongson had 28 points, and Javi Gomez De Liano scored 16 points but Terrafirma fell to 1-10 after ending its 25-game losing skid in its previous outing against NLEX.