TNT carved out a late push to get away from a tight contest and defeat Meralco, 78-71, on Saturday in the PBA 47th Season Philippine Cup at the Ynares Center.

RR Pogoy had 19 points including a basket at the close of a 8-0 run with 2:22 left in the fourth to take a 73-65 lead, the biggest of the match, in what was a closely-fought ballgame throughout.

The Tropang Giga, who also got help from Troy Rosario, Poy Erram, and third-string guard Jjay Alejandro, recorded their third win in five outings, while handing the Aaron Black-less Bolts their first loss in three games. 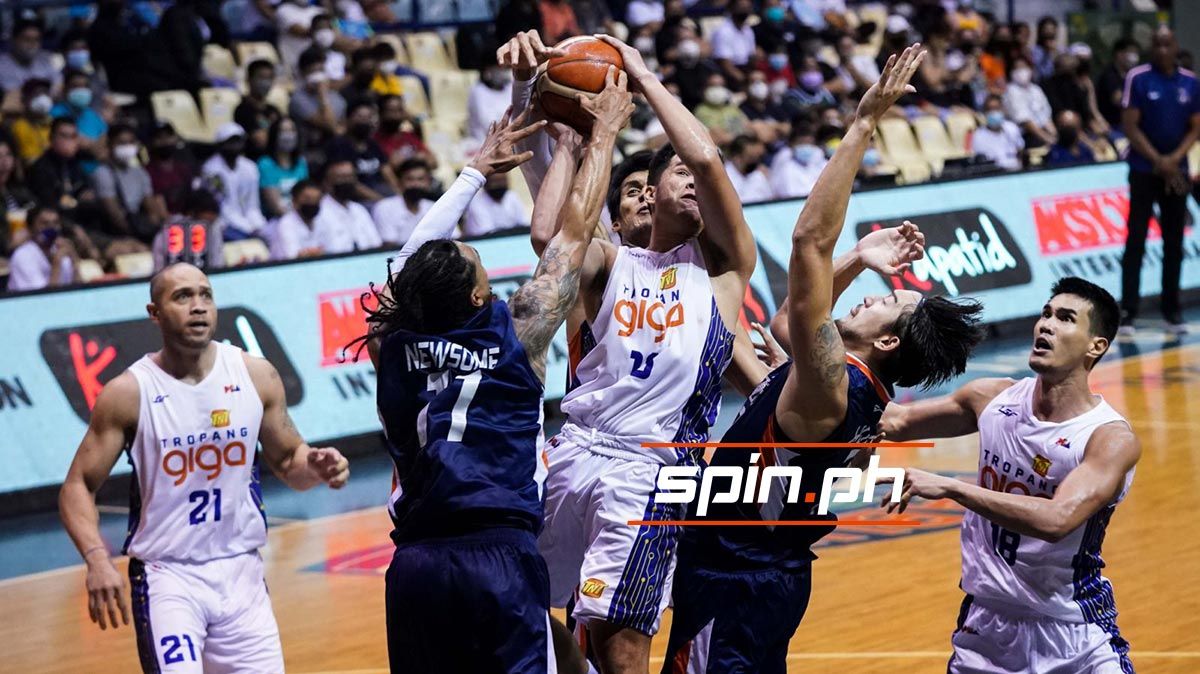 “I was very pleased with our defense. I thought even in the first half, if you take away our turnovers, our defense really held firm,” said TNT coach Chot Reyes.

Rosario had 16 points, while Erram added 13 points and eight rebounds for the Tropang Giga, who also got 10 points from Jayson Castro.

Alejandro added eight points, four rebounds, four assists, and two steals, while also joining forces with Brian Heruela as they drained back-to-back threes to also contribute in the breakaway from a 65-65 tie.

TNT is still playing without Mikey Williams, but other players having been stepping up.

“We did a better job in the second half of taking care of the ball and not giving Meralco opportunities to score in those turnovers. In the end, like I said, without Mikey Williams, we are not going to outscore people in games. Our chance is to limit them. Today we were able to limit a team like Meralco,” said Reyes.

Allein Maliksi had 20 points, while Chris Newsome had 13 points but Meralco missed Black, who was coming off a career-tying 25-point output in their previous game against Converge.