JUNE Mar Fajardo is back doing what he does best.

The San Miguel Beer giant is showing the way in the race for the PBA Philippine Cup Best Player of the Conference in what should be the first major step in his bid to reclaim the season’s MVP award.

At the end of the eliminations, Fajardo is on top of the BPC standings with a 43.2 statistical points built around averages of 18.5 points, a league-best 13.5 rebounds, 3.5 assists, 1.0 steals, and 1.6 blocks per game.

Those numbers helped the Beermen emerged as the top seed in the playoffs starting on Sunday.

Fajardo won six straight all-Filipino BPC awards from 2014 to 2019 until a fracture on his right tibia grounded him for the Philippine Cup bubble, ending his streak of BPC awards for the 2020 season that was eventually won by Barangay Ginebra’s Stanley Pringle. 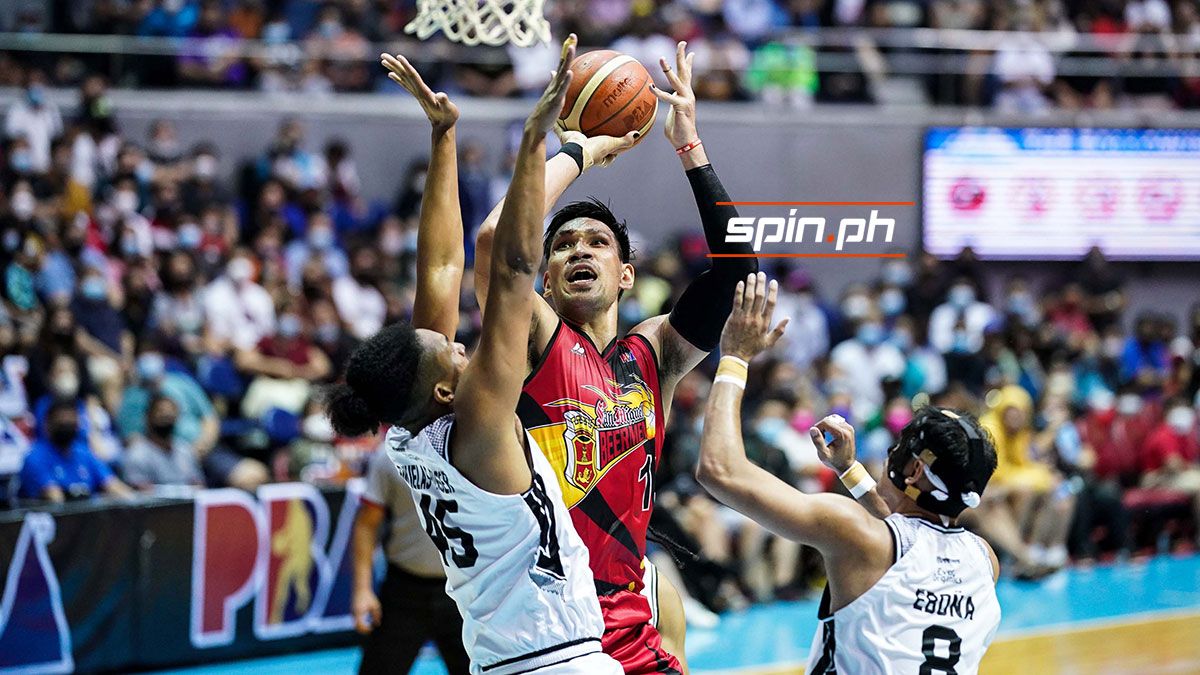 Likewise, his record six straight MVP award came to an end last year when he failed to bring home a single BPC award, with Barangay Ginebra’s Scottie Thompson – the BPC winner in the Governors’ Cup – becoming the first player outside of Fajardo to win the league’s highest individual honor since Arwind Santos in 2013.

Another Beerman in CJ Perez is also in contention for the conference award, running second behind Fajardo with 39.5 SPs on averages of 17.5 points, 5.9 rebounds, and2.5 assists.

This marks the first time the high-flying guard is in serious contention for the BPC race since his first two seasons with Terrafirma.

Jio Jalalon completes the Top 5 in the standings with 34.1 sps.

Christian Standhardinger of Barangay Ginebra is in sixth spot with 33.3 sps, before the NorthPort pair of Robert Bolick and Jamie Malonzo became the first players outside of the SMC conglomerate to make it in the Top 10.

Sophomore Calvin Oftana is the first from the MVP group to vie for the award at no. 9 with 32.1 sps, followed by TNT’s Roger Pogoy with 31.2 sps, while leading the conference in scoring with an average of 19.0 points.