STEVE Taylor delivered on both ends of the floor down the stretch as Rain or Shine survived a huge NorthPort comeback, 76-75, in the PBA Commissioner's Cup on Friday night at the Smart Araneta Coliseum.

Taylor struck inside against a phalanx of Batang Pier defenders to give the Elasto Painters the lead then foiled a jumper by Roi Sumang at the other end with five seconds left to preserve the win that improved Rain or Shine's record at 4-4. 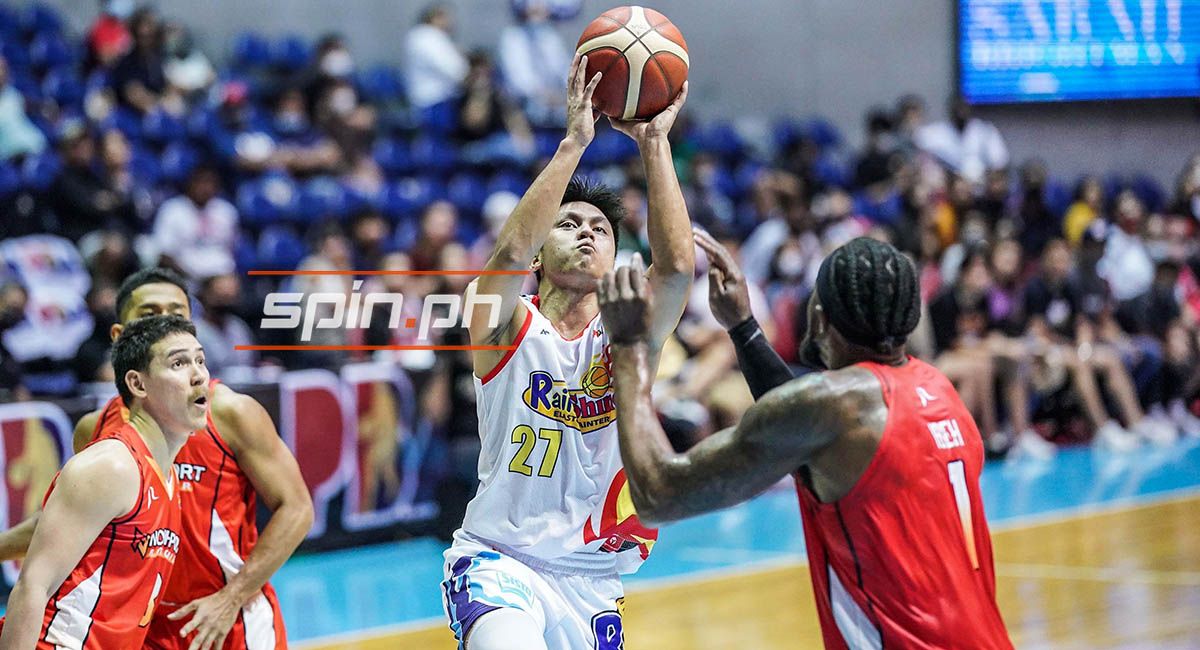 "It's a good win for us and put us at 4-4. Yun talaga ang hinahabol namin kasi it gives us a good chance to make the playoffs," said Rain or Shine coach Yeng Guiao, who earlier challenged his import to be more aggressive on offense.

Taylor made it possible as he delivered 20 points and 16 rebounds in the win that snapped Rain or Shine’s two-game skid.

“He won the game for us. He got the winning basket, at ang hirap mag match-up kay (Prince) Ibeh,” said Guiao of the Elasto Painters’ import.

The Elasto Painters controlled the game for the most part, but the Batang Pier came alive in the final quarter and charged ahead, 70-69, with 4:14 to play on a floater by Roi Sumang.

It was a nip-and-tuck affair from both teams from there, with NorthPort taking the lead for the last time at 75-74 on a layup by Kevin Ferrer with 1:34 remaining.

But Taylor stepped up on the plate and delivered the winning basket and the defensive stop the Elasto Painters needed.

Anton Assistio finished with 12 points and Leonard Santillan with 10 for Rain or Shine.

Santillan also grabbed the offensive rebound that ended the hopes of NorthPort after Taylor missed both free throws with five seconds to go.

Robert Bolick led all NorthPort scorers with 18 points, rookie William Navarro finished with a double-double of 13 points and 11 rebounds, while Ibeh was also in double figures in scoring (10) and rebounding (11).

Blackwater Bossing
Read the Story →
This article originally appeared on Topgear.com. Minor edits have been made by the TopGear.com.ph editors.
POLL
Share this Poll:
Retake this Poll
Quiz
Quiz Result
Share this quiz:
Take this Quiz Again