NORTHPORT belied a claim by Greg Slaughter that the PBA team hasn’t communicated with him about a new contract after his previous deal expired at the end of January.

Batang Pier team manager Bonnie Tan said the franchise transacted with the 7-foot center days before his old contract was about to end, showing receipts of documents he sent to Slaughter as proof.

However, Tan said Slaughter was asking for an amount which the NorthPort official said was worth more than the max contract allowed in the PBA.

“He wants the highest salary in the PBA,” said Tan, hinting Slaughter’s asking price was way over the P420,000 monthly limit for a player's salary in the league.

“We have an offer to him. I’ve communicated with him through email and even sent him the contract through courier,” added the NorthPort official when asked by SPIN.ph about claims made by Slaughter on social media on Sunday.

The former Rookie of the Year said he talked to NorthPort's team manager 'about renewing' when his contract was about to expire by the end of January. Tan promised to get back at him, but never did until his contract expired, Slaughter added.

But the NorthPort executive said an official letter was send to Slaughter last January 29. A copy of the courier receipt was furnished to SPIN.ph.

“We reached out to him,” said Tan. “Siya ang hindi pumirma.”

Tan said he understands Slaughter’s situation, saying the big man out of Ateneo pointed out that he’s now starting a family.

Without a contract, Slaughter never suited up for the Batang Pier for the rest of the Governors’ Cup where the team fell one win short of advancing to the playoffs. 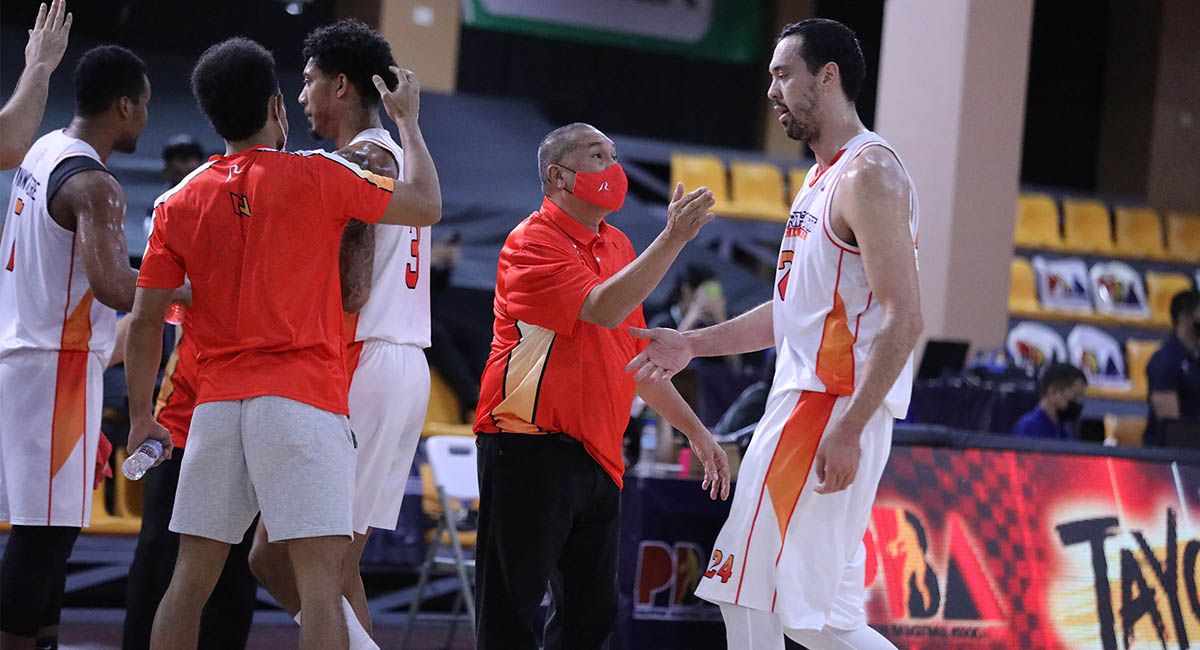 Under the PBA's free-agency rules, however, NorthPort still owns the rights on the No. 1 pick of the 2013 PBA draft.

Slaughter compared his current situation to a similar contract impasse with Barangay Ginebra, which he claimed only offered him a contract weeks after his deal expired, thus retaining his rights over him.

After a one-year sabbatical when he went to the US and skipped playing in the Clark bubble where the Kings won the Philippine Cup championship, Slaughter signed with the Kings upon his return, only to find himself being traded to NorthPort in a one-on-one deal for Christian Standhardinger.

Slaughter said he volunteered his services to Gilas Pilipinas but never got a reply, mentioned that he’s continuously ‘learning, training, and getting better every day, preparing for wherever I play next.’

NorthPort however, kept mum on the possibility of trading Slaughter to other teams before the PBA’s 47th season.