TNT's surge to a second straight finals appearance in the PBA Philippine Cup was a development pretty much in line with offseason projections, but something has to be said about the way the Tropang Giga handled their business in a conference where half of the league ballclubs emerged as legit title contenders.

Last year's TNT was a championship-caliber team that drowned opponents with a deluge of threes before injuries and ill-timed cold shooting stretches prevented that squad from reaching the top. This conference's Tropang Giga are still prone to similarly bad shooting nights, but so far, that has not hurt them more often than not because of their tendency to drag opposing teams down the mud with them.

Through the semifinals, only one team has posted a defensive rating better than TNT, and only two other squads have forced opponents to shoot worse, which are both impressive when you consider the murderer's row of teams that the Tropang Giga faced on the way to the championship round. Bulldozing through the elimination round with a 10-1 slate before dispatching erstwhile champion Barangay Ginebra and slowing down a league-best San Miguel offense are no small feats, by any means.

Part of the success was brought by the offseason coaching change, though it's often an overstated factor to TNT's progress. Chot Reyes is a terrific coach and didn't deserve to be away from the PBA for that long, but Mark Dickel — the former active consultant who instituted a fast-spaced, highly-modernized offense predicated on beating teams with the three-ball — should get fair credit for laying the groundwork and squeezing a lot of juice from his rosters before his departure. 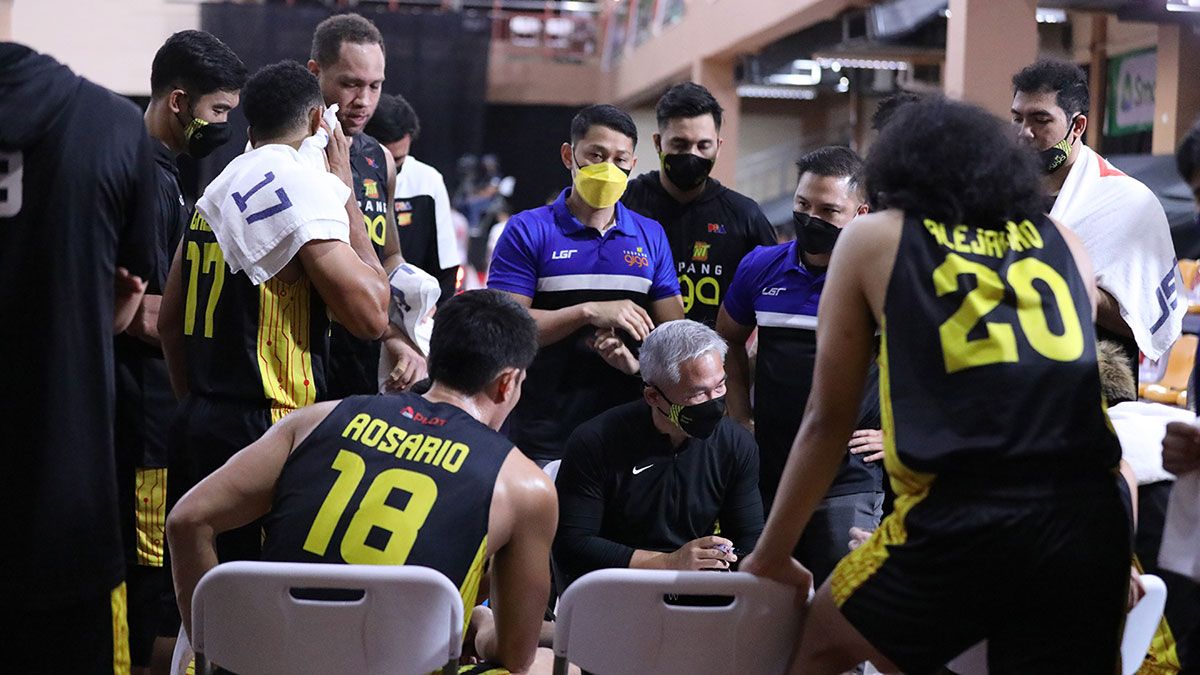 All these circumstances have become the foundation of a TNT team that has a golden chance to end the SMC group's five-year monopoly of the league's trophies. This edition of the Tropang Giga looks primed to grab the franchise's first championship since the 2014-15 Commissioner's Cup, but they will first have to hurdle Magnolia — a team equally bent on reclaiming their status as kings of the league — in what is expected to be a grueling best-of-seven series that begins on Wednesday.

For now, we'll give you a rundown on the players and the factors that could make or break TNT's chances of winning it all at the end of the conference.

(Custom numbers are, again, courtesy of my guy Ryan Alba, the proprietor of 'Stats by Ryan' on DribbleMedia.com — a collection of advanced stats for the PBA that uses up-to-date totals and formulas from both NBA.com/Stats and Basketball Reference, as well as other independent hoops websites.)

The case for TNT: Offensive variety

We've said a lot about TNT's defense earlier in this piece, but let's focus a bit first on how they have fared on the other side of the floor.

Against San Miguel, a team that now owns the fourth-worst defense following their exit, the Tropang Giga amassed 98.1 points and trotted out an offensive rating of 107.7 — a number that's over two points better than the Beermen's league-best offense.

The Tropang Giga started out very slow and buried a league-worst 22.2 percent of their threes in the first three games before the suspension of the games in Manila, but they picked it up in Bacolor, Pampanga and are now making 30.1 percent of their three-pointers (seventh) on 34.6 attempts a game (second-highest). 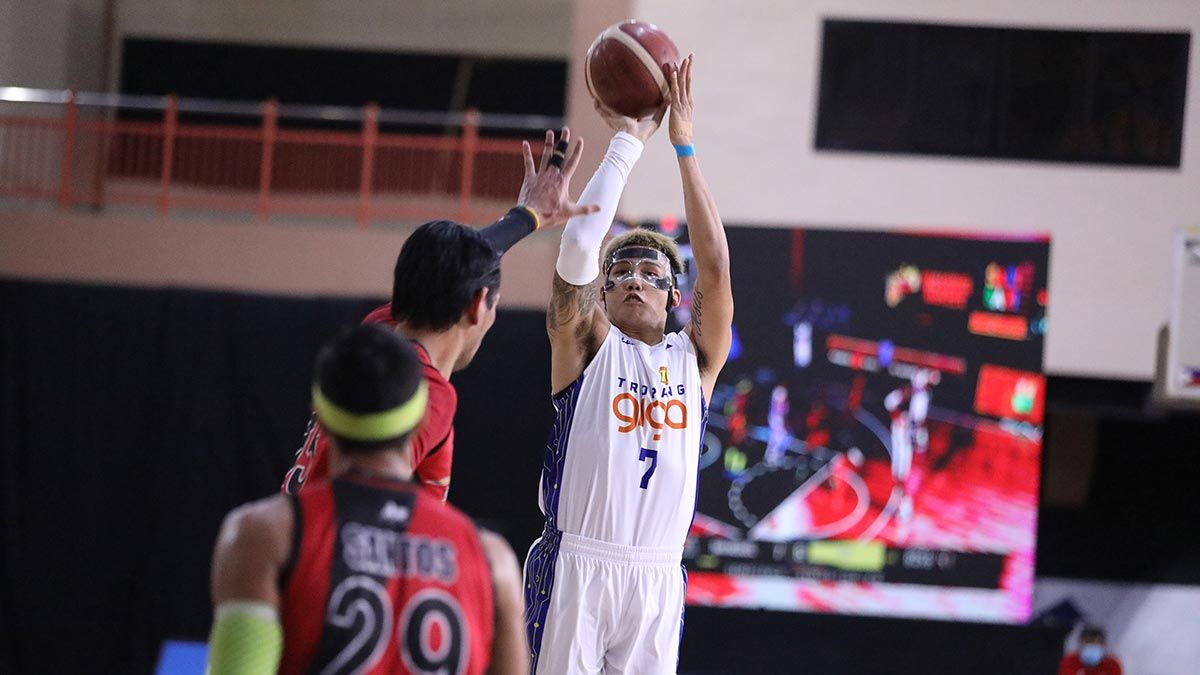 That's just the statistical aspect of it; schematically, TNT can play whatever style the game demands.

Big-man lineups that have the two Williams (Mikey and Kelly), Poy Erram and Troy Rosario can play inside and space the floor to the three-point line; Kelly is good at taking opposing bigs off the dribble, while Rosario, built like a stretch four, has primarily resided in the post or in the dunker's spot this conference, though he can still shoot whenever required. Erram was nuts against SMB and scored 12.7 points on 51.7/44.4/73.3 shooting splits for a true shooting percentage (TS%) — or a measure of shooting efficiency that takes into account the cumulative value of field goals, three-pointers, and free throws — of 63-percent, a result of often punishing June Mar Fajardo for sagging back during long stretches in their series.

TNT has shown a willingness to field just one of those bigs while playing Ryan Reyes (5.3 points, 56.3 TS% vs. SMB) at the four for a small-ball offense. Against slower teams, or lineups that cannot find a mismatch to punish the Tropang Giga for playing smaller, the results have been impressive. 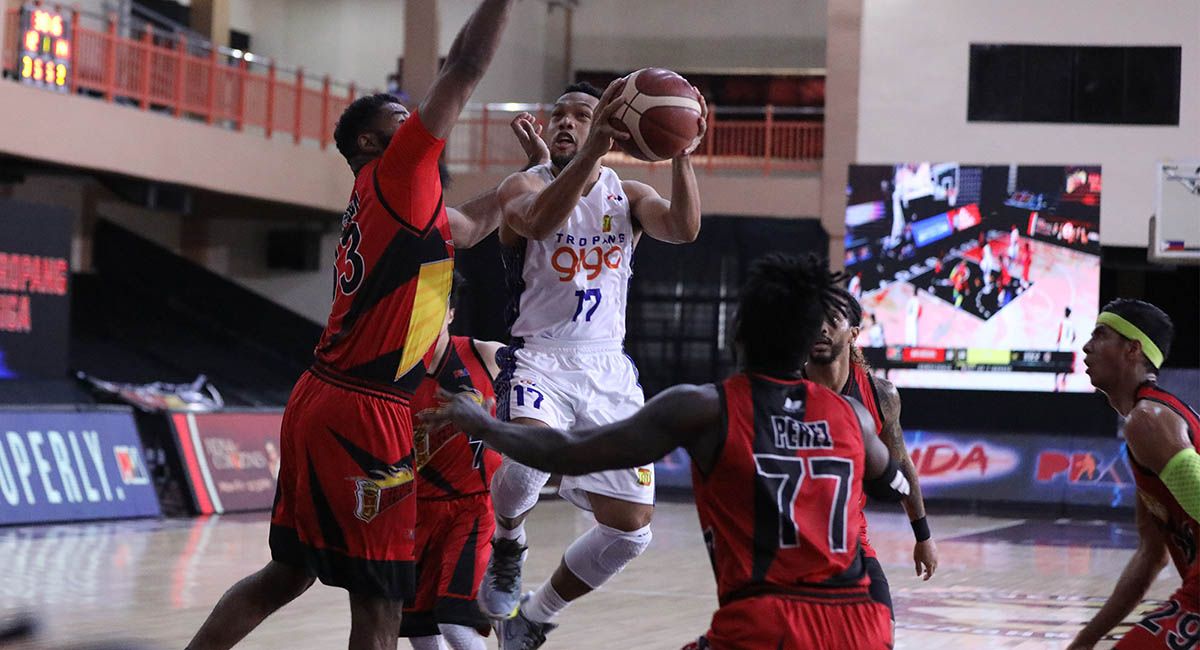 The case against TNT: Cold stretches

The Tropang Giga's ability to play any style they want does not mean they are immune to rough shooting days. TNT tends to be a little predictable sometimes, too, and it doesn't help that they haven't really been a team that's been zipping the ball around once the initial options stall; after 22 games, this squad ranks dead-last in assist percentage, or an estimate of the shots assisted by a player for his teammates while he's on the floor.

Castro, Williams, and Pogoy have yet to go supernova, but there's one valid concern here: if they could not do it against a subpar SMB defense, what more against the juggernaut Magnolia press consisting of a fleet of pesky guards and wings? (The logic of transitive property shouldn't really apply here or in any basketball-related discussion, but it's nonetheless a question that TNT has to answer).

There may be fewer mismatches to hunt. Unlike in the SMB series, where TNT sought Fajardo and Arwind Santos in the pick-and-roll in the latter stretches of the seven-game duel (more on that in another piece), Magnolia could prove to be steadier. Rafi Reavis can hold his own against switches and recovers well when hedging or showing, while Ian Sangalang, despite being often limited to playing drop coverage, moves his feet better than the two Beermen stars. Attacking Calvin Abueva is out of the question.

The case for TNT: Defense

Defense is notoriously hard to quantify — and we're not sure we should be explaining in detail, given how they just forced San Miguel's powerhouse machine to sputter out of the playoffs — but there are a bevy of figures that paint TNT as an elite team on that end, even better than a Hotshots squad that has made defense their identity over the past half-decade.

Opposing teams have a hard time buying a bucket against TNT, which has posted a defensive rating of 94.5 while holding teams to just 39.3-percent shooting — both numbers second and third, respectively. The Tropang Giga's sharp rotations and penchant for jumping passing lanes and rattling ball handlers have also resulted in a league-highs 9.0 steals and 18.3 turnovers.

TNT boasts some of the rangiest, smartest, and most disciplined defenders in the league today, allowing them to play all sorts of defensive coverages as they see fit. If there's a part of you that strongly believes Reyes, Kelly Williams, Montalbo, Pogoy, and Brian Heruela rate as some of the best on that end of the floor, you'd be pleased to know that you're right; in terms of Dribble Media's defensive box-plus minus, or a box score-based metric that attempts to measure a player’s contribution on defense while on the floor, Reyes and Williams are No. 1 and No. 3 among all players, respectively, while Montalbo (11th), Heruela (15th) and Pogoy (18th) are not far behind. 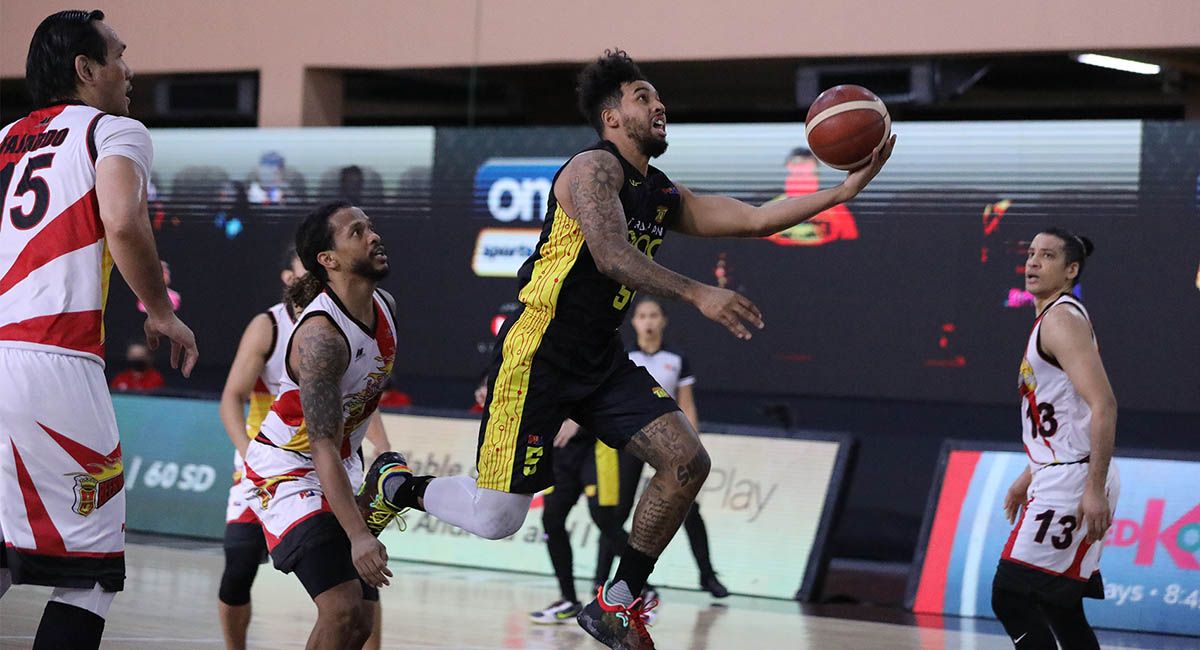 Just like in our same piece for Magnolia, our pick for the wildcard is the guard who has yet to really get a rhythm going. The last draft's No. 4 pick was excellent in the elimination round and averaged 18.4 points on 41.7/37.2/70.4 shooting splits (52.6 TS%) along with 4.2 rebounds, 3.7 assists, and 1.2 steals, but he has slowed down considerably in the playoffs, especially after going up against Chris Ross in that San Miguel series.

Williams was basically in jail against the Beermen and put up only 13.9 points on 32.4 percent shooting, though he did tally 5.3 dimes and 5.0 boards in those seven games. The law of averages dictate that he'll eventually find his shot at some point, but that's a tough wager against a Hotshots team that has some of the best perimeter defenders in Mark Barroca, Jio Jalalon, Justin Melton and Rome dela Rosa, and even Abueva, who can practically guard all five positions in the PBA in the pinch. Keep a close eye on him in this series.