Meralco relies on depth, hot shooting to blow Ginebra away in Game One

MERALCO gained the upper hand at the start of the PBA 46th Season Governors’ Cup Finals, walloping Barangay Ginebra, 104-91, on Wednesday night at the Smart-Araneta Coliseum.

Allein Maliksi and Tony Bishop took turns building Meralco’s lead in the first three quarters and the Bolts cruised from there to start their fourth title series against Ginebra over the past five years with a blowout victory.

“It’s very important to get that first win,” said Meralco coach Norman Black. “If you fall behind in the series, it becomes that much harder to catch up. I thought we got off to a great start offensively and our defense held up very, very well.”

Maliksi picked up where he left off in the knockout game against Magnolia in the semifinals, finishing with 22 points and shot 5-of-7 from threes as he personally set the tone for Game One.

Bishop had a double-double of 20 points and 12 rebounds as he snapped out of a personal slump in a highly charged game witnessed by 12,457 spectators in the first finals match with audience during the pandemic.

Game Two is set on Friday at the Mall of Asia Arena with the Bolts aiming to grab a 2-0 lead in the best-of-seven series.

Winners of Game One went on to take the title in a best-of-seven series 60 out of 88 times, according to PBA statistics chief Fidel Mangonon, but Meralco lost the crown when it won the series opener in their first Governors’ Cup Finals face-off in 2016.

Ginebra trailed by as many as 21 points and lost despite the triple-double effort of Scottie Thompson, who produced 19 points, 10 rebounds, and 10 assists.

Emotions ran high late in the game, however, with Raymar Jose and Arvin Tolentino exchanging words late in the match as well as in the hallway of the Big Dome. 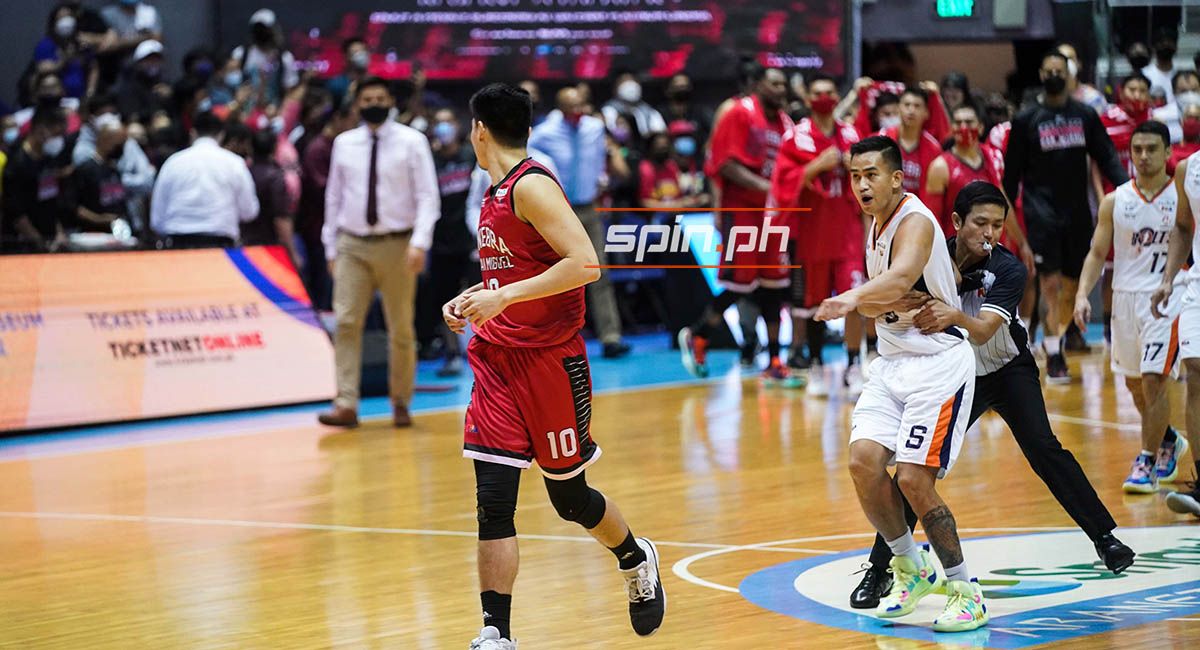 Maliksi had 10 points in the second quarter as Meralco grabbed a 53-42 lead at the half. Bishop then took over in the third with 12 including a couple of baskets as the Bolts held a 78-60 lead at the end of the third.

Bong Quinto buried a triple, 85-64, for the biggest lead of the contest.

“I thought the locals did a great job of setting the tone especially Allein Maliksi. And finally, in the second half, pretty much Tony Bishop started scoring the basketball which helped us a big deal,” said Black.

Cliff Hodge also stepped up on offense with 17 points on 7-of-8 shooting from the field, while Aaron Black had 12 in the first PBA Finals game of his career.

Justin Brownlee had 27 points but shot 7-of-20 from the field as Christian Standhardinger had 20 points and 14 rebounds for the Gins.