BARANGAY Ginebra forged a rubber match for a place in the PBA Philippine Cup semifinals, edging Meralco, 94-87, on Friday at the Filoil EcoOil Centre in San Juan.

The Gins hit the critical shots down the stretch to force a do-or-die Game Three in their quarterfinal series over the perennial nemesis in the playoffs.

Heroes were aplenty with Japeth Aguilar showing the way and one of the players that made the big plays in the final minutes on their way to forcing a 1-1 tie. 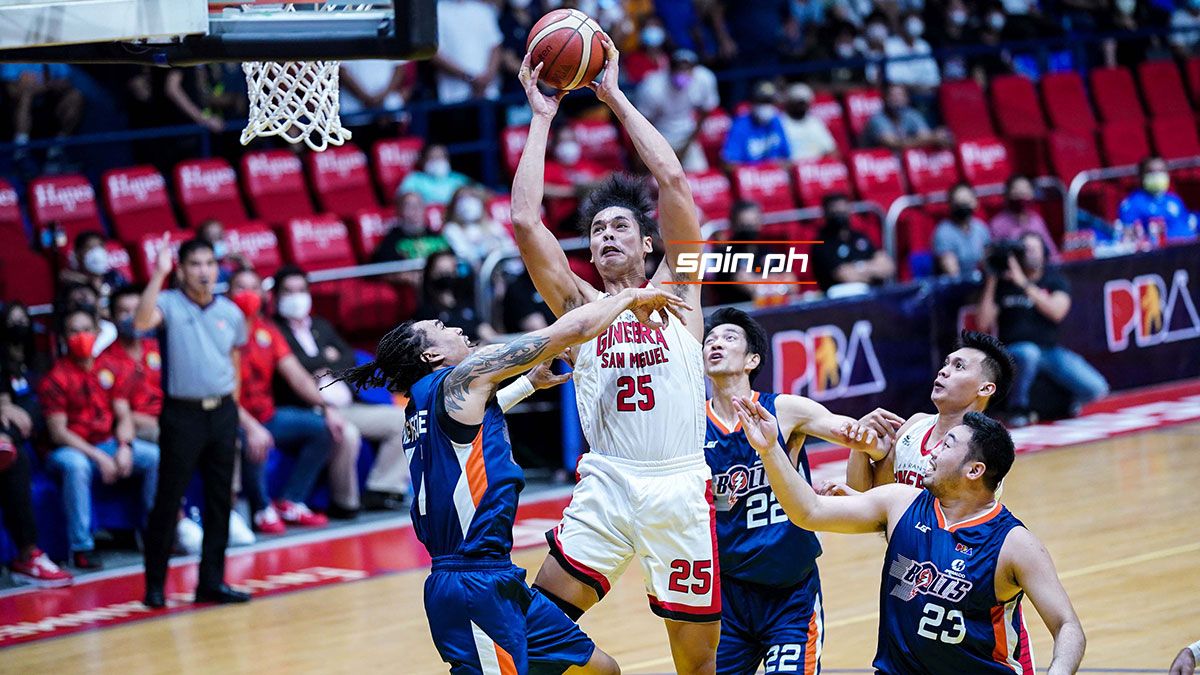 Aguilar scored on a slam to give Ginebra an 89-82 lead, while Stanley Pringle converted back-to-back field goals including a three for a 94-86 lead.

Game Three is set on Sunday at the Mall of Asia Arena, with the winner of the series facing San Miguel in the semifinals.

Friday’s match was a physical encounter even before tip-off with Christian Standhardinger and Franky Johnson involved in a commotion.

“This game wasn’t for boys. This is a man’s game today. It was physical. It was rough tumble. There was blood on the floor,” said Ginebra coach Tim Cone.

“They are trying to do something that they haven’t done against us and we know that. We have so much respect for them. They are showing their desire by the way they are coming out and playing physicality… We are just trying to match that physicality,” said Cone.

Standhardinger had 15 points and 12 rebounds for the Gins, who led by 12 points at one point in the game only to trail by two, 71-69, entering the final canto.

LA Tenorio bounced back from a scoreless outing in Game One and finished with 13 points, while Scottie Thompson had 11 points, six rebounds, and nine assists for Ginebra.

Cliff Hodge had 16 of his 25 points in the first half for Meralco in a losing effort as the Bolts lost for only the second time under assistant coach Luigi Trillo.