The Kings outscored the Hotshots, 34-21, during that stretch from which the reigning champs never recovered.

Coach Tim Cone pointed out to that third quarter explosion as the key to the Kings' third win in five outings.

"At halftime even though we are leading by one point, we told that if we continue to play like in the first half, we're not going to beat this team," said Cone. 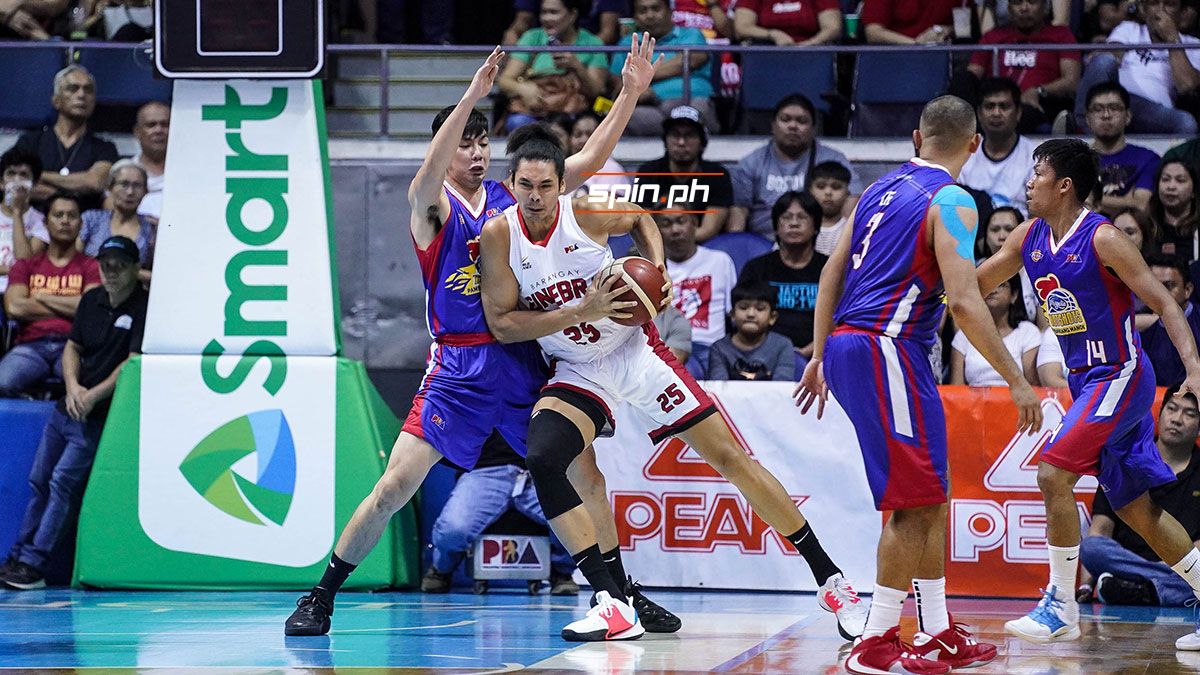 Justin Brownlee came a rebound shy of a triple-double with 27 points, nine rebounds, and 10 assists for the Kings, who had won back-to-back games against top contenders San Miguel and Magnolia in a week's span.

Jeff Chan and Stanley Pringle also played big in that telling run by Ginebra. Chan hit all of his nine points in the third, while Pringle added 8.

It was the 11th straight games the Kings had beaten the Hotshots in the conference eliminations as per PBA chief statistician Fidel Mangonon III.

Import Romeo Travis finally suited up for Magnolia after missing the team's last outing against Blackwater, which it lost, 95-89.

Travis, who is coming off an ankle injury, had 17 points and 17 rebounds but went 6-of-17 from the field, numbers that didnt escape the attention of Cone.

"I don't think Romeo Travis was moving very well out there. He was moving ok, he wasn't limping noticeably, but wasn't just as explosive as he nornally is," said Cone of the Magnolia import.

Magnolia lost for the third straight game for a 3-4 record.