SCOTTIE Thompson capped a familiar comeback from 19 points down with a three-pointer with 4.8 seconds to go that enabled Barangay Ginebra to beat San Miguel, 97-96, on Sunday in the 2022-23 PBA Commissioner’s Cup.

The reigning MVP drained a three from the left corner after Ginebra won a jumpball, giving the Gin Kings their first and only lead of the game to the delight of the crowd at the Smart-Araneta Coliseum that stood witness to another NSD comeback.

[READ: Devon Scott has no doubt he was fouled by Scottie]

Ginebra still trailed, 92-81 in the fourth quarter but the league's most popular team, led by Justin Brownlee, Jamie Malonzo, and Thompson, came storming back to stretch their winning streak to three and improve to 5-2 (win-loss).

Barangay Ginebra coach Tim Cone later credited the energy of the crowd for the fightback from a 76-57 deficit late in the third quarter.

San Miguel regained the lead after Devon Scott nailed back-to-back baskets, 96-94. But the last few possessions saw two jumpballs, with the final one won by Ginebra with Justin Brownlee finding Thompson at the corner for the game-winner.

Brownlee fell just short of a triple double with his 33 points, 11 rebounds, and nine assists, while Thompson finished with 14 points, six rebounds, six assists, and five steals in the nail-biting win fashioned out before 10,149 fans at the Big Dome.

“We were playing discouraged basketball because the things weren’t working for us. And it was sapping our energy. When we made a couple of plays consecutively, all of a sudden, we were encouraged and the energy came back and the crowd got in it and kept pumping us full of energy,” said Cone.

“It was Justin and Scottie, but we owe this win to the sixth man,” Cone added.

Scott finished with 26 points and 21 rebounds, while CJ Perez added 19 points including nine in the third that enabled the Beermen to take a big lead. But SMB lost to go down to 3-4, snapping a two-game losing skid. 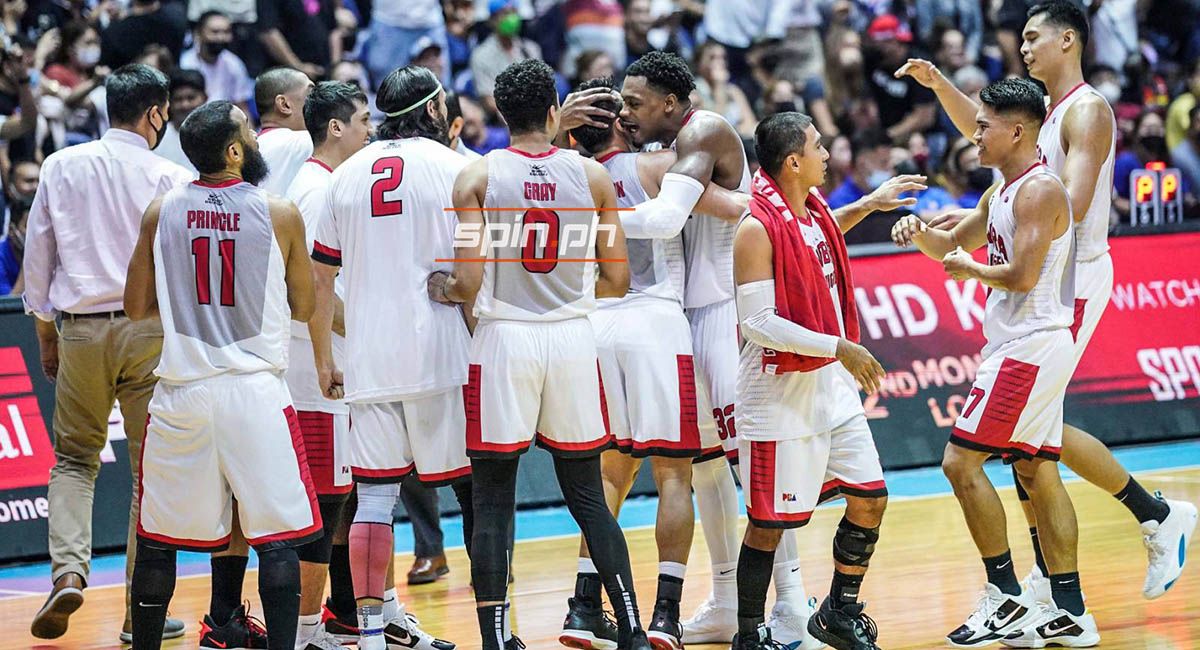