SCOTTIE Thompson deflected the credit to Justin Brownlee after hitting the game-winning three-pointer for Barangay Ginebra against San Miguel on Sunday.

Thompson drained a corner three from the left corner over the outstretched arm of SMB import Devon Scott with 4.8 seconds left to cap Ginebra's thrilling comeback from 19 points down, 97-96, against the Beermen.

But while he made the biggest shot of the game, Thompson thanked Brownlee for the trust and confidence, revealing that the Barangay Ginebra import himself gave him the ball for the last shot.

“Pero sabi niya, no, no, no. You go straight to the corner. I got you,” said Thompson.

Brownlee explained his reason behind the decision to give the ball to Thompson, saying that he has been noticing that the defense was ganging up on him when he has the possession, instead of Thompson.

Brownlee said Barangay Ginebra coach Tim Cone also opted not to call a timeout and let them come up with the possible final play of the game.

“I see him. That’s the MVP. You have to have confidence in him,” said Brownlee. 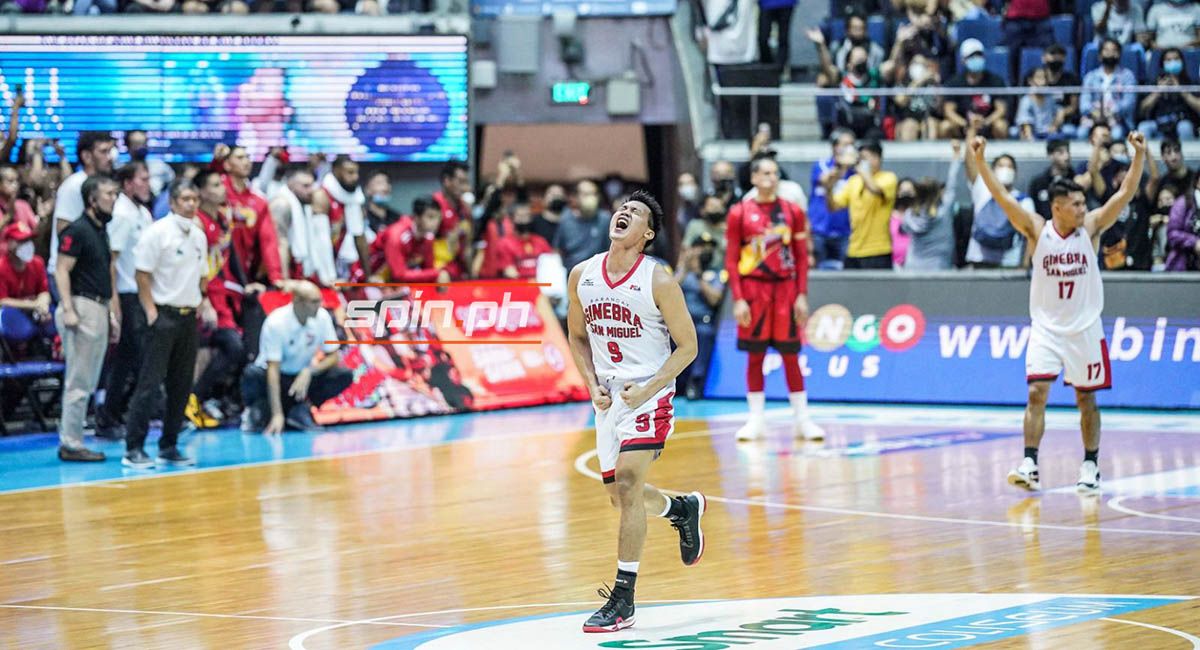 Thompson said he was also surprised by Brownlee’s plan.

Thompson’s game-winner also evoked memories of a similar corner three from the left side in Game Five of the 2020 Philippine Cup against Meralco to send Ginebra to the finals before eventually winning the crown in the Clark bubble.

This time though, the shot was in front of 10,149 fans, mostly cheering for Ginebra, at the Smart-Araneta Coliseum.